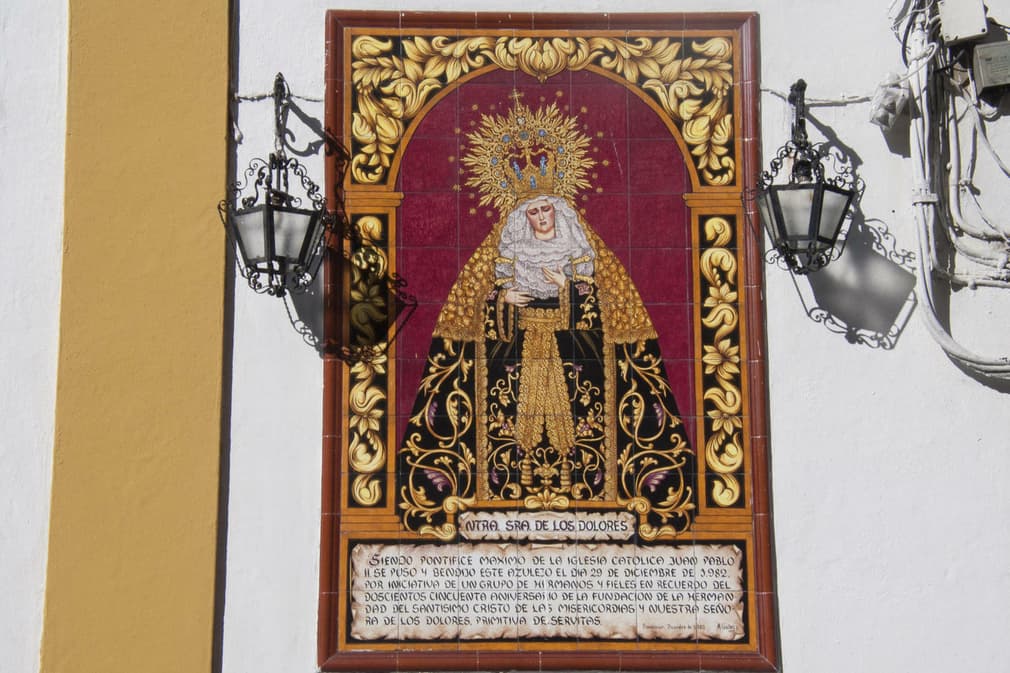 Holy Week in Spain and Latin America is usually the most vibrant and widely observed celebration of the year.

It all centres around commemoration of The Passion of Christ as celebrated by Catholic religious brotherhoods and fraternities who lead penitential processions through the streets throughout the week, leading up to Good Friday.

Easter, the Resurrection miracle, is the very foundation of Christianity. Where the cultural significance of the celebration is all but lost on the British high street, the opposite is true in Spain & Latin America. Here you will never see signs of the Easter Bunny, no Easter baskets or coloured eggs either (except perhaps in giant urban supermarkets). Instead, days and nights are filled with the beat of the drums, masses of colourful flowers, and the consummate art of religious sculpture, all combining to produce a highly moving atmosphere.

Of course, there are major differences between countries and between regions in Spain.

In southern Spain, Seville is really the most important traditional place for Semana Santa. Here the Cofradías (brotherhoods or fraternities) process in penitence through the narrow streets of the city, from their church to the Cathedral for a sacred ritual and back, taking the shortest possible route and carrying 'pasos' (floats) with the representations of Christ and Mary to the sound of drums, brass and human voice. The sung adorations are very reminiscent of gypsy/flamenco vocals or even Arabic singing.

In northern Spain, Zamora is home to one of the oldest traditions (13th century), were nocturnal processions are marked with silence and meditation. A silent contrast to the noise and passion of their southern neighbours but equally it creates the most striking scenes!

In Brazil (the country in the region with the most Catholics), the processions during the Holy Week can reach tens of thousands of participants. In the state of Pernambuco they set up the largest open air theatre in the world - 61 square kilometers! Hundreds of actors re-enact The Passion of Christ.

In Mexico, thousands participate in the passion play of Iztapalapa. The representation of the Via Crucis is one of the most important religious celebrations in the country, gathering around three million people every year!

In Peru, processions in cities like Ayacucho are quite famous and had become a tourist destination: locals chant in Quechua language and take out wax images of Christ around the city. The street markets become vibrant with colours in a joyful celebration until the processions start and solemnity takes over.

In Guatemala, the 'Santo Entierro' (Holy Burial) in Antigua is perhaps the most eye-catching with its elaborate and beautiful 'carpets' on the streets made of dyed sawdust, ashes, plaster and sand.

In Bolivia, thousands of devout Christians make a 150 km pilgrimage over just two days from La Paz to the Copacabana Sanctuary on the shores of Lake Titicaca. Bolivians believe that there was an apparition of the Virgin here in 1583.

Semana Santa is a tradition that forms an integral part of the Latin culture. Even if you are not religious, it is difficult not to be moved by the often startlingly poignant atmosphere created at this time of year. Although it is also true that during Semana Santa you will find entire cities on holiday at the beach (particularly in Latin America) and going nowhere near a procession.

However, if you are travelling in either Spain or Latin America around Easter Time, particularly in the run up to Easter Sunday, take time to find out how Holy Week is being celebrated and watch, or take part, it is usually incredible on some level.