From Osa Peninsula, Costa Rica
Out of the goodness of our heart, we left our cook to prepare breakfast in peace and strolled out from our beach house on the Osa Peninsula for a swim.

Over the driveway the trees were alive with cheeky squirrel monkies, the smallest and cutest of Costa Rica's four species, with dozens of little babies dangling from the branches. It took us over an hour to walk the 50 metres onto the deserted beach. Breakfast was in danger of becoming lunch.

From Osa Peninsula, Costa Rica
Monkeys are the seagulls of Costa Rica, they're everywhere! One looks at me confused by my pale young face and green sun hat. I wave goodbye to my friend and his troop and approach the semi-circle shaped clearing in the leaves, a calm shady tunnel of nature leading onto the jaw-dropping beach.

Coastline stretching out forever, it's as if the soft sand has never seen another human foot. Before I can help it I'm leaping into the warm ocean of Costa Rica

The Osa Peninsula is the Costa Rica of your imagination: untouched rainforest meeting empty beaches, where macaws swoop overhead, dolphins frolic in the sea and where there are more howler monkeys than people. These are our greatest adventures to a very special place.

Holidays created by specialists, tailored to you. 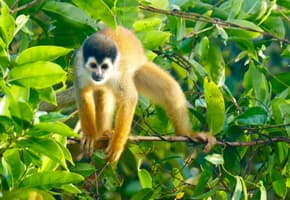 Our Osa trips immerse you in the beating heart of one of our planet's great wildlife destinations, with monkeys and in the trees, whales and dolphins in the fjords, tapir and anteaters on the ground. 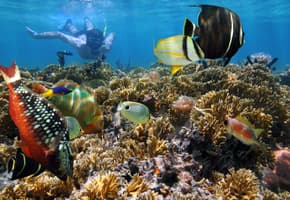 Snorkel off a tropical island; track nesting sea turtles with conservationists; hike in primary rainforest and see the jungle come alive at night. Our Osa trips are packed with life-affirming moments. 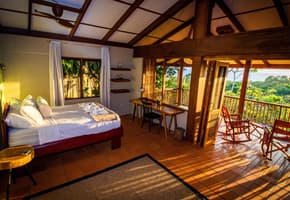 We have some special places for you to stay, from ocean-view cabins to a conservation biolodge and luxury retreats by a tropical fjord. Best of all? A memorable night at a remote jungle ranger station.