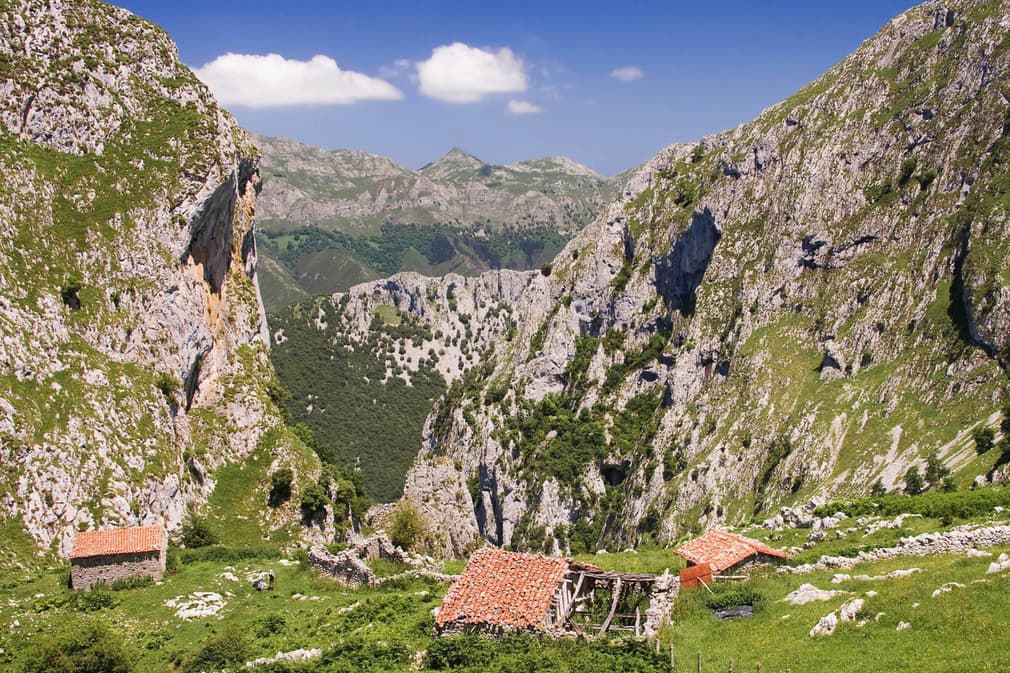 Last Tuesday I was honoured to be invited to speak at a sustainable tourism event being hosted by the Quebrantahuesos Foundation in the Picos de Europa.

The subject of the talk was essentially a British perspective on the market for holidays to the Picos de Europa.

The first thing to say is that the quality of the product itself is absolutely first class. The offering of small hotels, restaurants, guides, activities, landscapes, gastronomy are all just amazing.

Really it's a wonder that the Picos de Europa are not better known in the UK market for anything from active family holidays to walking holidays. As I was scratching my head wondering how somewhere so stunning, accessible by plane, car, train and ferry from the UK could retain such a low profile.

I decided to call the Spanish Tourist Board.

Posing as an interested tourist, I asked for information on the Picos de Europa.

A nice lady called Maria told me to go to the Spain.info website, then find the section on the Pyrenees where I would find everything I needed to know about the Picos de Europa.

The Picos are several hundred kilometres to the west of the Pyrenees and bear absolutely no relation whatsoever to the Picos. If the staff of the tourist board are not familiar with the oldest and most significant National Park in Spain, what hope is there! I started to look at the national tourist board advertising campaigns. I have to say that most of these over the years have been poor. At least from the point of view of someone - well, I was going to say more but I have tried and failed to understand with whom the adverts might conceivably communicate.

I see that the latest 'I need Spain' campaign is aimed at the usual markets plus the emerging markets in India, China, etc. A total expected audience of 400 million people. That's not targeted communication, it's a massive scattergun.

This is never going to favour a place such as the Picos which would be of interest to a small slice of the potential pool of tourists. More sophisticated travellers interested in a more authentic experience involving meaningful contact and interaction with the local population.

An additional challenge is the problem of regionalism within Spain. The country is divided into 19 autonomous regions. Each has its own set of laws and regulations which are at varying degrees of discrepancy from the central state.

These regions have cultural, historical, linguistic significance to Spaniards (some more than others!). However, to an outsider, they are generally without meaning.

And yet, all public money, including the tourist board, is directed along the lines of these regions.

The Picos de Europa National Park, being a geographical rather than political construct, rather inconveniently sits at the confluence of three autonomous regions: Asturias, Cantabria and Leon.

In the past there existed the apparently sensible situation where National Parks were treated as such and were controlled by the state. In 1995 a legal challenge was mounted by the autonomous regions in which they won control of their own National Parks. This means that the Picos, since 1995, has had not one park director but three. It means that there are different objectives and regulations affecting different slices of the park.

It also means that you will never see the Picos de Europa promoted per se, only perhaps a glimpse of the mountains in an advertising campaign for Asturias, or Leon or Cantabria.

My proposition yesterday was that this was a complete nonsense to an outsider and that if the government (national or regional) was not doing a good job of the communication, it is time to take control.

It seems very simple to me - if you are on the wrong road, stop and get on the right road. What was interesting is that most of the people in the room were so used to their current trajectory that most objectives started with the line 'But the administration won't let us'?

It was a real struggle to have some people think outside the current structures of funding. What is interesting and surprising to me is that a group of people would allow themselves to be so cowed by a system of governance which is not doing them any favours at all.

Of course there is no reason in the world not to take control of the communication of the Picos de Europa to the UK market. It's a matter of picking up the phone, getting to work on a suitable website, setting up a dynamic membership association. But it needs to be a private initiative.

I like to think that we can make this happen and I would like to be involved. The model for sustainable, responsible tourism which is being built in the Picos deserves to be broadcast to the world.

It presents an exciting opportunity since what the Picos de Europa has in spades is fantastic and well run services in arguably the most beautiful setting in Europe.

Combined with the careful stewardship of organisations such as the FCQ, the Picos deserve to convert from a 'hidden gem' to a 'must see'.

See our full range of walking holidays, self drive holidays and family holidays to the Picos de Europa.