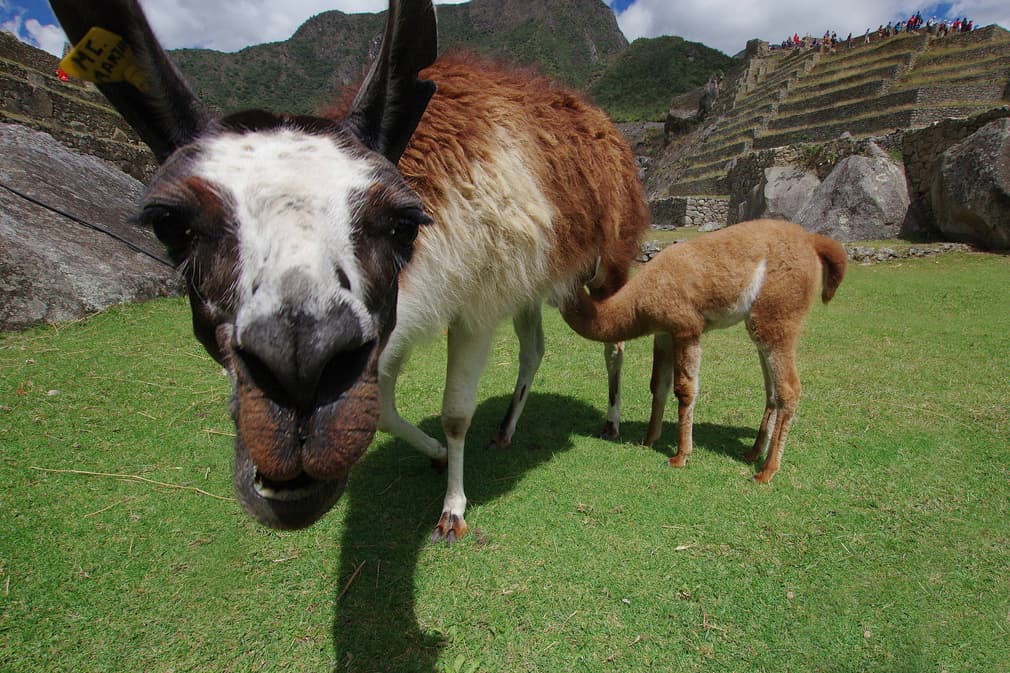 There comes a point in any objective research, based on quantifiable data, that you need to apply some common sense to your findings. Afterall, it might be that you're on the wrong track, that the ingenious approach you thought you were taking might be producing a rather ludicrous result.

Such as Machu Picchu being ranked as the world's second worst tourist attraction, slotting in just behind Ocean Park and Disneyland in Hong Kong. Apparently the only place with less value than the sanctuary is the Walk of Fame in Hollywood, which is basically a bit of pavement with same names written on it.

Perhaps there are no points awarded for its dramatic cloud forest location, nor its unquestionable historical value. The perfection of the Inca stonework counts for nothing. The imposing terracing is irrelevant. Seemingly no one was impressed by its improbable scale nor the sense of wonder it illicits. Sure it has to be handled with care and there's a right way and a wrong way to get to it, but come on.

At the other end of the scale, the gold medal went to the Plaza de España in Seville. It narrowly edged out the Matterhorn in Switzerland.

Might it be that they something has gone awry?

I visited Plaza de España in January. It's hugely impressive both in its intricacy and scale. It makes for some wonderful photographs and is located within a verdant park which is ideal for evening strolls. The river is right there when you exit. But it gets busy, the boat rides around the moat look wholly underwhelming and the horse and carriage ride to get there is overpriced. Then there's the obvious question - how can you even begin to compare a man-made structure created for a trade fair with a mountain created by the hand of Mother Nature?

Plaza de España's score of 8.13 was nearly double that of Machu Picchu. Double. Just think about that. Iceland's Blue Lagoon - essentially a glorified swimming pool boxed in by huge metal structures - came seventh. The Great Wall of China finished 94th, just above Machu Picchu. Granted, there are some hideously over-commercialised parts for the masses, but get away from the crowds to an unrestored bit and it's majestic. In other words, not 5.04 out 10.

How did it all go so wrong?

The research - undertaken by a luggage storage company - used six different criteria to calculate a final score. The first two were review scores from Tripadvisor and Google. Machu Picchu scores 5.0 and 4.8 respectively. There are 18,000 reviews on the former, 26,000 on the latter.

The next is safety and security, for which the site scores 2.29. The only FCO advice for Machu Picchu is that protests sometimes block the road. Which rarely happens. But here's where it goes really wrong; for ease of access Machu Picchu scores 0. Well let's set aside the obvious fact that it gets 5,000 visitors a day and instead question why this even matters. It most cases, the easier the access, the higher the visitor numbers and the more degraded the experience becomes.

Shockingly (though somewhat reassuringly) Machu Picchu is mid-table for the final category; Instagram engagement. Apparently that's what the appreciation of the world's natural wonders and treasured historical landmarks is coming to.

Herein lies the danger of numbers. As a society, we have increasingly been trained to condense value into a number; the stars attributed to a hotel, the Tripadvisor score of a restaurant, the number of likes of a Facebook page, the number of Instagram photos. We have been taught that if something is the biggest, highest, oldest or most expensive of its kind then it naturally follows that it is of the most interest to us.

So here's something we'll promise now; we won't judge places by numbers, by data. We'll judge them by the warmth of its people, the fabric of its culture, its historical legacy, the beauty of its landscape and by the connection it affords us with the great outdoors.

And by no measure will Machu Picchu ever end up second bottom of any list.

What does luxury travel mean to you?

Doing the Inca Trail to Machu Picchu the Pura way