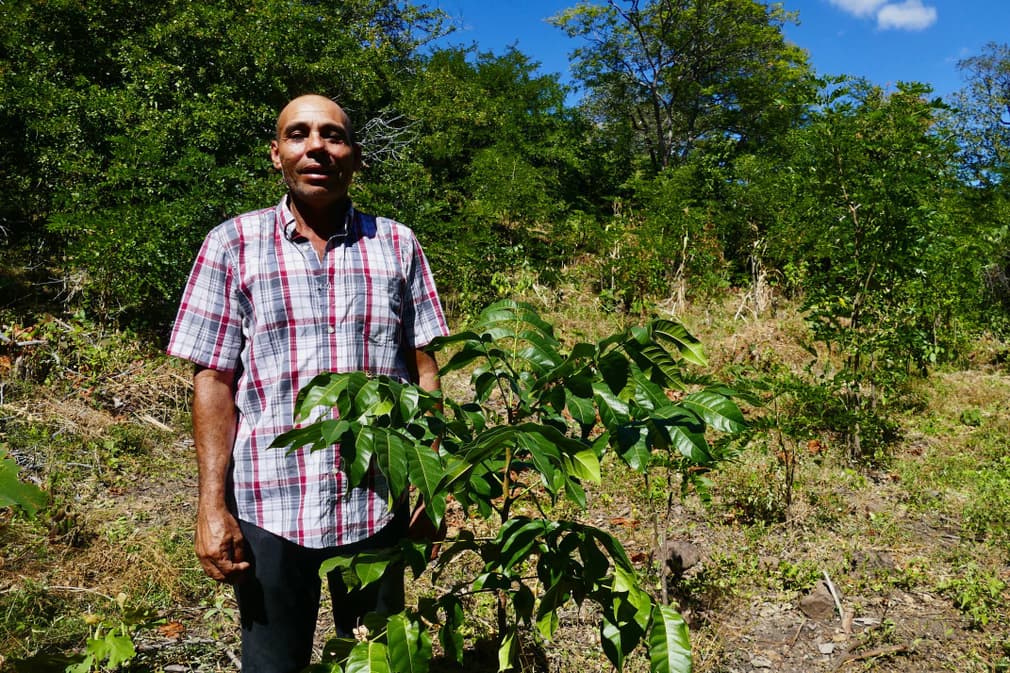 We believe that travel is inherently a force for good. It can foster curiosity, open-mindedness, a greater connection to our planet and a sense of shared humanity. But often it involves air and road travel, which causes damage to our planet in the form of carbon emissions. We are therefore taking decisive and positive action to mitigate this.

As part of this, we have partnered with Taking Root - a rural development project with carbon as a by-product. As part of our due diligence, Pura's Emma Bye went to visit it on her recent trip 'home' to Nicaragua, more from which soon. In the meantime, I wanted to talk you through the whys and hows of what we are doing to tackle this challenge head on.

What are the challenges facing carbon mitigation schemes?

Planting trees is generally agreed to be the most viable way to, at least in part, mitigate such damage. But just putting a tree in the ground is not enough. Without a financial imperative to maintain these trees over the long-term, all the hopes we invest in them may not come to fruition. Communities and farmers need to be incentivised to keep them upright and be allowed access to profitable markets for doing so.

Mitigation schemes are not a new phenomenon of course. Some work well, others less so. The entire concept is fiercely debated and the idea of one carbon offset per kilometre has been widely doubted by experts. The truth is, we simply don't yet know where the edges are. There are other common drawbacks, for example a relatively high proportion of the money invested is sometimes spent on monitoring the trees, with experts often flown in to provide certification at great expense and more carbon emissions.

What's more, it is generally agreed in the scientific community that planting in tropical forests is more effective than in cooler climates, such as in the UK for example. Trees grow faster and create far more clouds, which in turn produce rain to restore ecosystems and cool the planet. Though this assumption has also been contested.

But uncertainty is not an excuse for inaction. 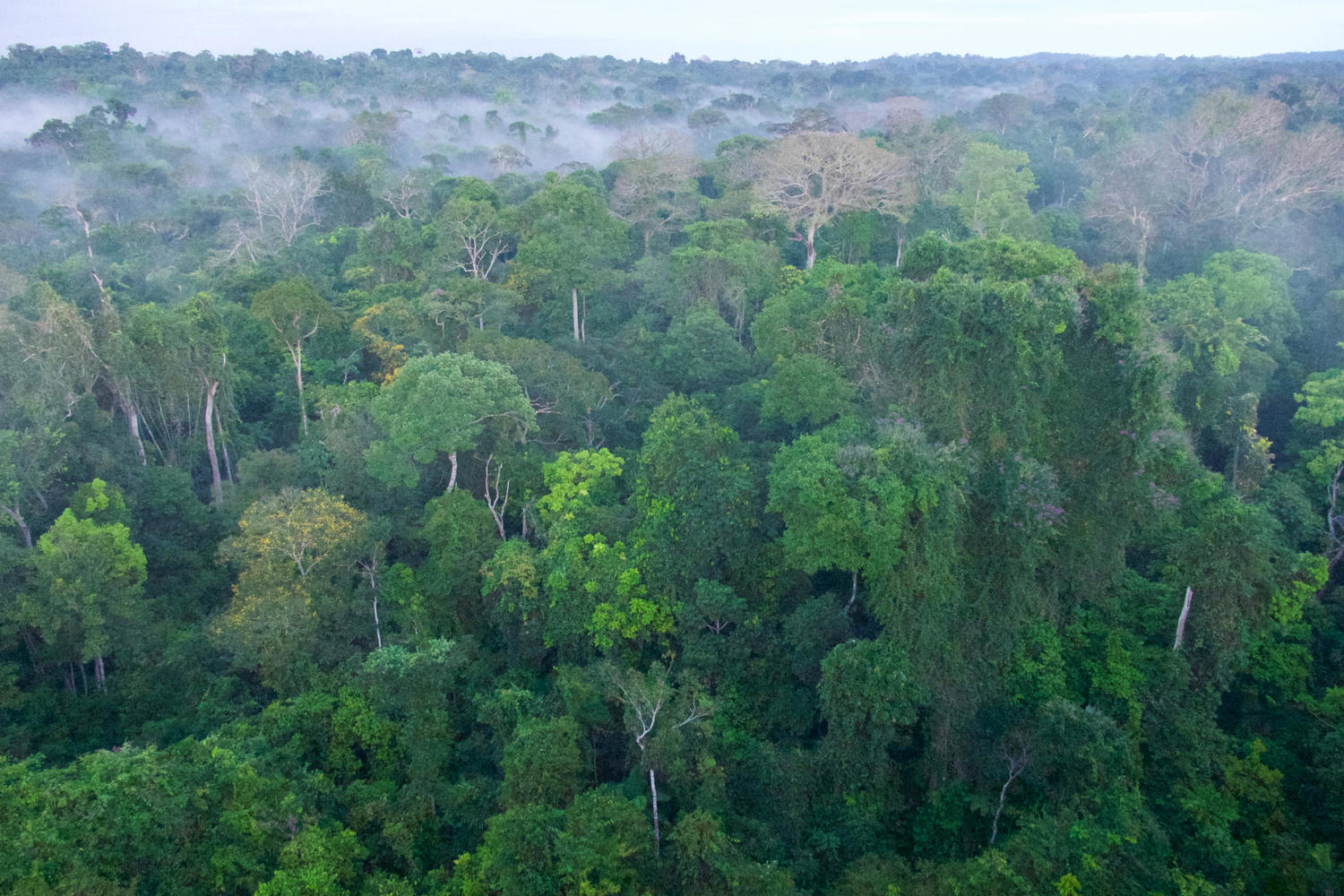 Why has Pura Aventura partnered with Taking Root?

Finding a way through this uncertainty was, broadly speaking, the motivation behind not-for-profit organisation Taking Root, which germinated in Nicaragua in 2010. It has three aims: to mitigate climate change, restore ecosystems and improve livelihoods.

In a nutshell, it makes lots of trees worth more standing up than lying down, through a market-based approach to reforestation in Central America's largest country, monitored by local inspectors. A happy by-product of this is that carbon is sequestered from the atmosphere and clouds are stimulated, returning rain to the regions and restoring river levels in some cases over the long run. The more immediate impact is the role the trees play in protecting the land by regulating rainfall; either storing water to help mitigate droughts or avoid flash flooding and soil erosion

What does this mean for you and your holiday?

What that means for you is that for every kilometre you travel by road and air on your Pura Aventura holiday, we carbon balance in by a mile. That's an extra 60% and includes you getting to the airport, flying to your destination, travelling whilst you're away and then getting back home again. Whether we book your international flights or not (usually not), we take responsibility for these and include it in the calculation.

To give you an idea of the numbers involved, from July - December 2019 our clients and staff travelled 8,653,015km by road and air. This has been independently audited to equate to 1,334 tonnes of CO2 generated. But one kilometre travelled = one mile mitigated. So 8,653,015 miles equates to 2,135 tonnes of CO2 mitigated.

The cost is accounted for by us, not passed on to you, and this investment goes directly to Taking Root. Farmers are then paid money over the course of 10 years to plant, maintain and monetize forests, mixed with more traditional land uses such as crops and livestock, becoming financially independent at the end of this period. At approximately four times the per tonne cost of most schemes, this is the one we felt stood up best to real scrutiny.

My colleague Emma took the opportunity to visit the offices of Taking Root and some of the farmers on her recent trip to Nicaragua, a country she lived in for two years before joining us 18 months ago. She'll write something in due course, but both her and her Nicaraguan friend, who has worked with environmental projects for many years, returned with glowing praise and admiration for the work being done. 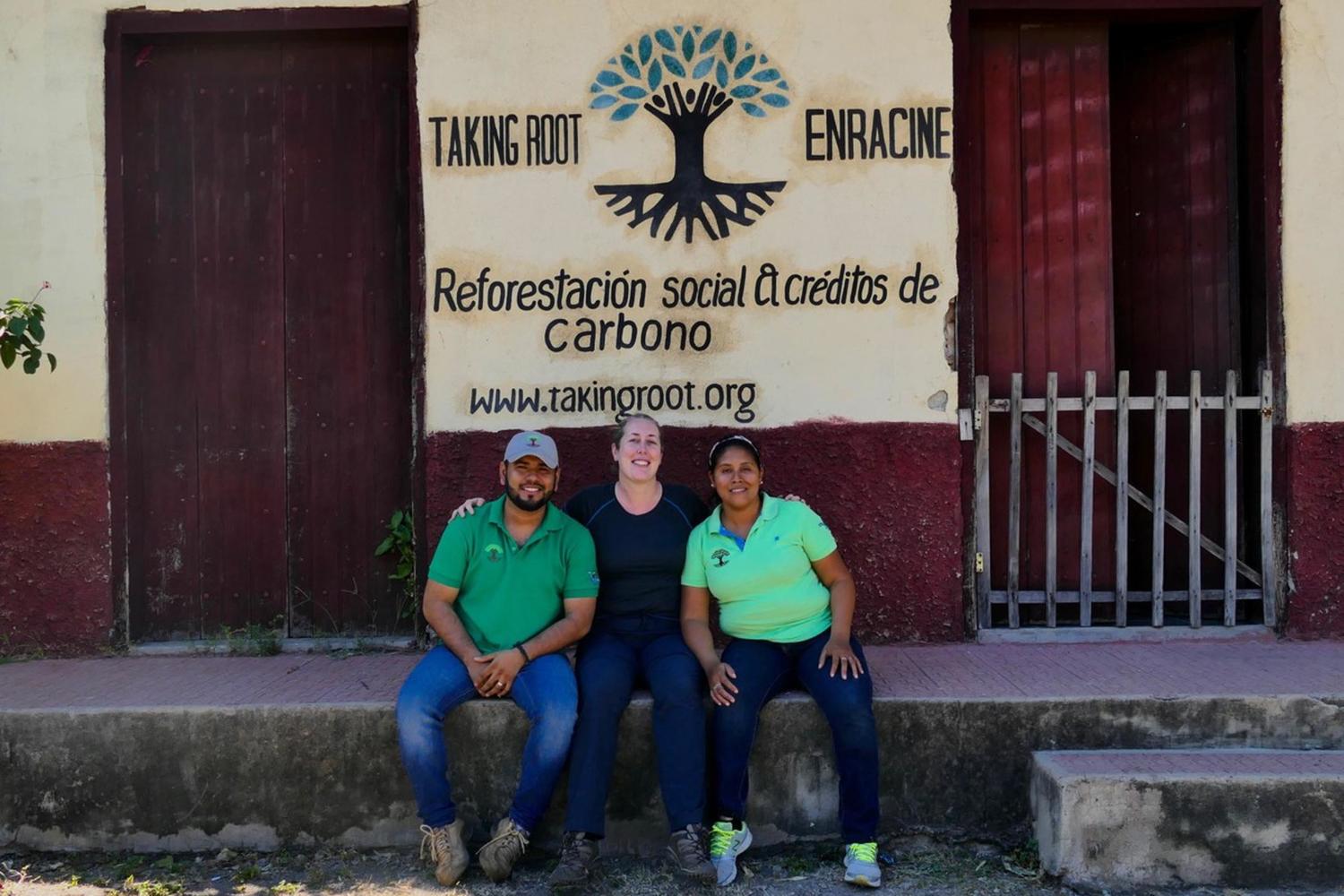 Why is Taking Root needed?

For many farmers in rural Nicaragua, there are fundamental economic barriers which discourage them from foresting their land, or parts thereof. Firstly, they lack access to affordable credit to make such long-term investments viable. Secondly, they lack access to the technical, business and marketing skills needed to grow. Finally, their routes to market usually pass through intermediaries, who take a large cut of the profits and help keep prices low for the farmers. Therefore land is often instead dedicated to non-forestry activities such as crops and livestock.

How does it work?

Farmers have to apply to the scheme and need a good chunk of land, at least 17 or so acres, to start with. This is to be split between reforestation and the traditional activities mentioned just above, so as not to cut off their main immediate sources of income and maintain diversity. Taking Root come to survey the land and, all being well, give it the green light.

From here they've taken great care to make it a two-way partnership so that the farmer has to invest their labour, time and energy from the get go. This creates an emotional investment and sense of shared ownership, which has proved to yield better results in both the medium and long term.

For example, the farmers have to take responsibility for coming to water the saplings at the nursery for the first three months. The planting of it, always a native species, is then done jointly between the farmer and Taking Root, like proud parents seeing off their child on its first day of school. The nurseries themselves also create employment, with several roles needed to be filled from local communities.

Payments are made over the course of 10 years - three installments in the first three years, down to two thereafter. These are linked to KPIs and money is withheld if not met, barring exceptional external influences. After the 10-year period passes, farmers are expected to be financially independent thanks to their by now established trees and the guidance and market access received through the project. 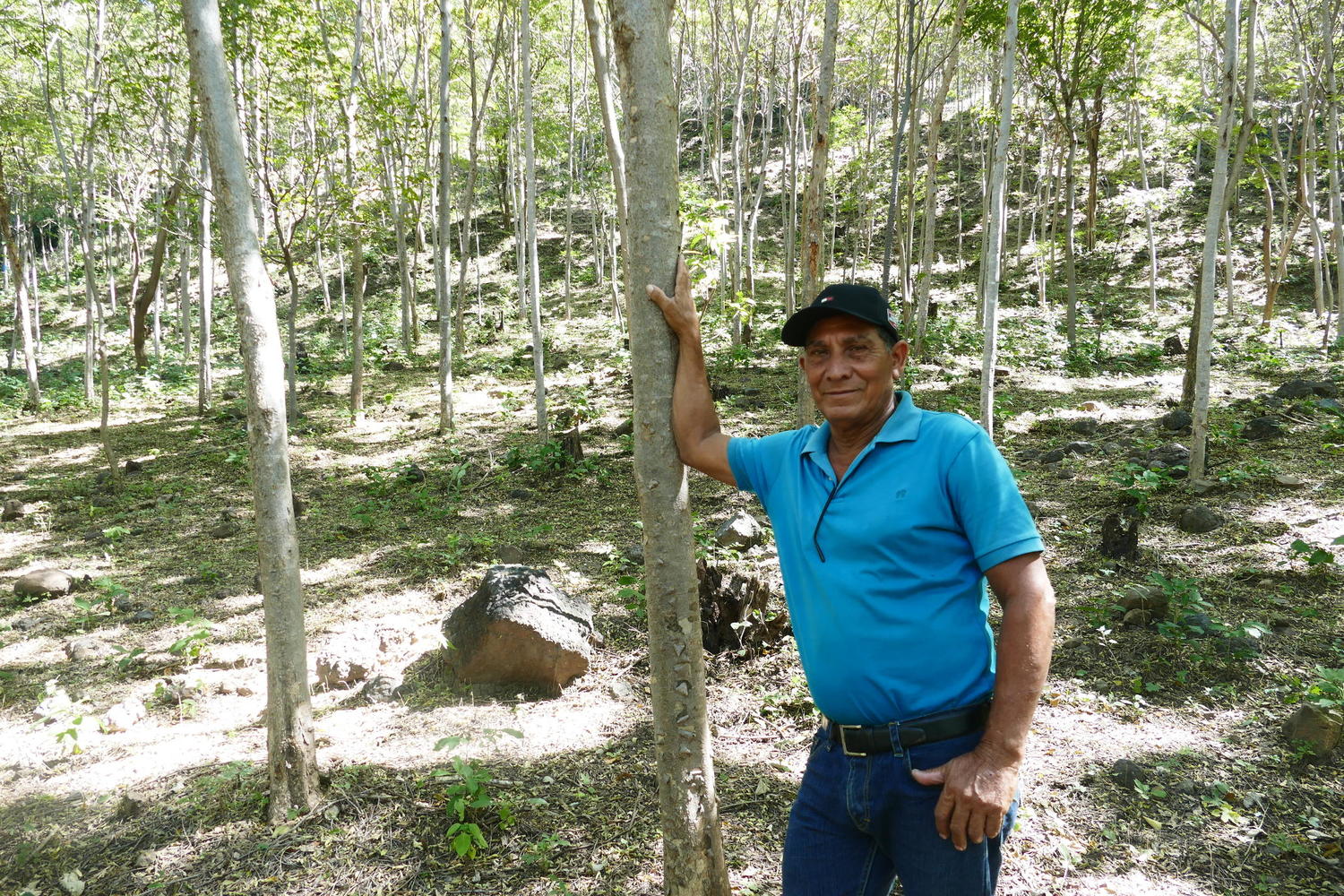 How do farmers reach the marketplace?

To get to financial independence, the farmers need something to sell. Wood is the obvious starting point, though we're not talking about stocking the shelves of your local DIY shop. Think smaller scale, more artisan - a sustainable local economy creating jobs and income for local people.

How it works is that the farmers sell harvested wood from natural pruning and cutbacks to a separate, though closely-affiliated, organisation. This is then turned into handmade products such as furniture, wooden mats and serving spoons to be sold for a profit. The artisans responsible for this are young students who gain both an income and business skills that they can take forward into future careers.

One of the wonderful, actually quite bonkers things about this is that for each product sold, the buyer can trace the wood all the way back to the specific farmer who harvested it from the trees planted with Taking Root. Try doing that with anything in your local supermarket. Ditto for the coffee, which around 400 producers harvest and sell in the San Juan de Rio Coco area to bolster their incomes.

What does that market access mean for local farmers?

To give you an idea, we know of one family whose members had to pack themselves off to Costa Rica every July and August in order to work and gain an extra income. Now they can spend the summer months in Nicaragua, working on their farm. Another farmer has managed to fund their child's graduation through the project. It's brilliant work, making a real impact on these and other lives in Nicaragua. The impact it has on the climate is almost a by-product of this business model.

How is the scheme monitored?

Just a quick word on this because this is where things get even rather sophisticated and, in Emma's words, not mine - surprisingly un-Nicaraguan actually.

Monitoring is done every two weeks at the start to make sure everything is bedding down as expected. These visits get less frequent as the trees become established, though it is always at least once a year. Six trees are chosen at random to be measured and checked over and an inventory is taken. All this data is then uploaded to the central database and satellite images are also captured every two weeks to calculate the size of the burgeoning forest and to help calculate the carbon sequestered.

The quite amazing thing is that all of the data and photographs and all the satellite imagery can be looked up online back to 2016, for all to see. You find the farmer and it's all there - how many hectares, how many trees, the average precipitation. As I write this, in total there are 2,215 farms across 1,339 farmers and 4,650 hectares of land.

Over 8 million trees have been planted.

The monitoring is done in partnership with Edinburgh-based Plan Vivo, who provide an internationally-recognised and low-cost certification scheme for smallholders and communities managing their land more sustainably. Inspectors are based in Nicaragua, with fixed contracts and a benchmark of visits to make each month. 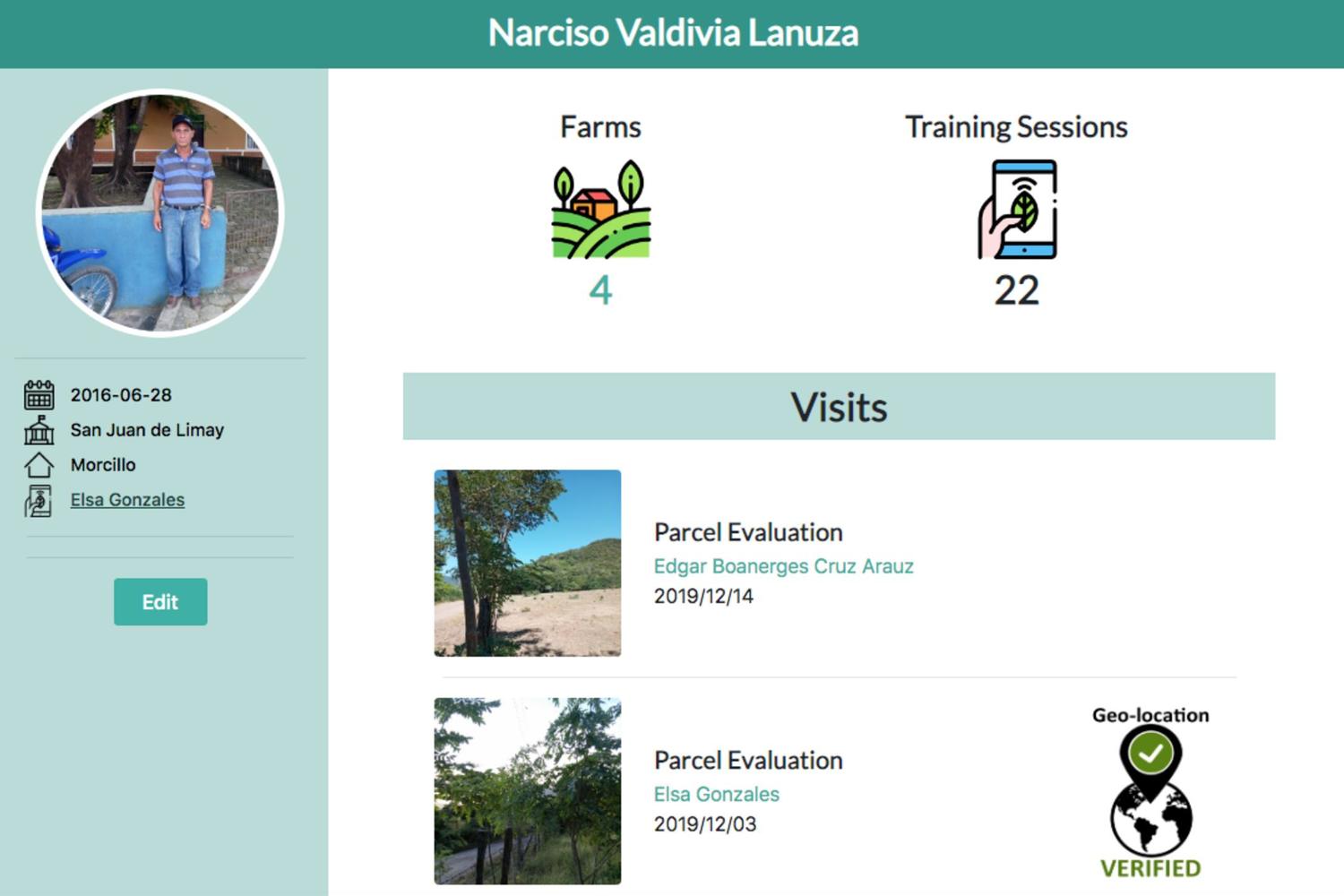 Like I said at the beginning, there is more to come on this, not least a personal reflection from Emma on the farmers she met in Nicaragua. In the meantime I'll leave you with this introduction and, if you want some more reading, links below to our Travel Positive charter and the Taking Root website.

Waking up to tortillas; Nicaragua in all its bumpy beauty