Feedback from our holiday to Nicaragua and Costa Rica 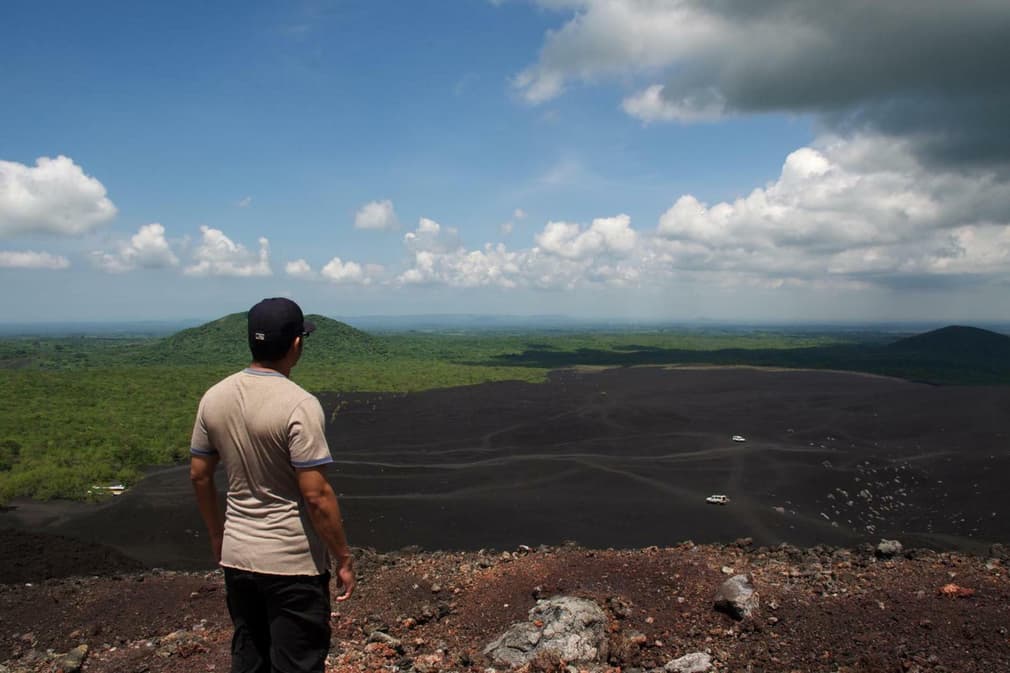 It's always great to have feedback from our holidays, particularly when there is detail to be had. In the case of Simon's recent holiday to Central America he combines detailed feedback with an eloquence and humour which makes it particularly enjoyable to read. This is unedited and should probably be read in the spirit of wry irony with which it has been written:

I am sorry that it has taken so long to send you your (and Sarah's) appraisal: Here goes--

1 Arrival and first night in Xandari- hotel wonderful and massage and gardens the best possible way to trash the next morning. And the upmarket gallo pinto was a soft introduction to the real thing.I only ever eat grits in the best hotels.

One good find--- Meson Real excellent seafood and other delicacies including Bulls testicles.

thinking about it there is no way

I can avoid for better or worse

writing this in Nico verse.

Our guide came at 9 to take us away

to learn about Leon in the course of a day

Somoza the first then another two

till the Sandanistas said "Somozas toodle do".

We saw old guerillas, they had little say

as they say in the sun dreaming of Che

and a youth lost in a battle to free

Then off to the beach to each a bunch

of small lobsters grilled just for our lunch

then into the mangroves to see some birds

in truth not many but there were lots of words.

Back to el Convento tired as a dog

after dinner outside under a tree

and a glass of rum or two or three.

Action packed journey to Granada, old Leon interesting but not spectacular stopped to have a gourmet quesillo which was the most spectacular plastic bag of slime I have ever seen but we did our bit for Queen and Country accompanied by the most disgusting drink of corn out of coconut - I'm sure you know what it is and probably have one every morning.

Simon travelled in 2012 on our Costa Rica & Nicaragua holiday.