Bilbao; Barcelona (can also be Girona)

From Tella, Spanish Pyrenees
The road ran out at Tella. A few stone houses, a medieval church and the odd cat - el medio de la nada as they say in Spain. The middle of nowhere.

But it's just a 15-minute walk to the first of three Romanesque chapels, hidden away on the edge of a steep cliff in the shadow of a big outcrop. In the distance are the even bigger peaks of the Ordesa National Park. You need not always go to the far side of the world to see such incredible places.

From Ordesa National Park, Spanish Pyrenees
We slogged up the switchback path, the end demoralisingly out of sight. People twice our age passed us in all manner of lycra, walking poles in hand. We had no poles, just a bag of nuts and flasks of warm coffee and cold water. Was it worth it? Like you wouldn't believe.

Mountains look different from up high; truer proportions, more texture, more detail. Valleys stretch out longer, peaks roll off further and the air feels so invigoratingly fresh. I remember it all so vividly still, the day we took the difficult path and won the greatest view of our lives.

From Aínsa, Spanish Pyrenees
We went in search of vultures, preferably of the Bearded kind. We hadn't yet made it to the valley where they are often seen, when we saw two circling in the sky, pointed out by a friendly Frenchman on the side of the road.

Down in the valley, we saw only Griffon, not Bearded vultures. But it didn't matter. Not one dot. Watching a dozen majestic creatures swooping across a forested canyon to within metres of our heads is something I'll never, ever forget. Nature can be so wonderful when you sit back and watch.

From Pineta Valley, Spanish Pyrenees
Sergio led us merrily around on our first ever eBiking experience. He's possibly as softly spoken and laid back a man as you'll find in these parts.

He worries about his English. I meant to tell him not to. The way he helped trace out our route for the rest of the day, maps spread out over the bonnet of our hire car, proved beyond doubt that he has a strong grasp of our language. But the fact that he cares so much is so endearing.

From Aigüestortes, Catalonia
It takes a special landscape to retain its full charm in the rain. One early October morning, Aigüestortes pulled it off effortlessly.

Silvery waterfalls rushed furiously and autumnal reds and yellows spread through the mixed forests which colour blocked the mountainsides. Chaffinches hopped from lush pine to lush pine, grey clouds shrouded the pointy peaks in a mysterious cloak and a rainbow formed against the deep green surface of the lake.

From the Costa Brava, Catalonia
I think I inadvertently awoke Núrea from her afternoon nap at her organic vineyard, tucked away in the hills up a bumpy dirt track. Her pride at what she and her husband Diego Soto have achieved here shone through with no airs or graces. They simply fell in love with this place, respected the terrain enough not to contaminate it and are pleased to share it with anyone interested.

They are, like many I've met in Spain, deeply appreciative of their lot in life.

From Cadaqués, Catalonia
Though Dalí ended his days in Cadaqués, the town rarely feels overrun and as local families still own nearly everything, there are no high-rise hotels. Everything shuts down in winter for people to rest and recharge. A relaxed Mediterranean lifestyle dominates.

This moment celebrates the simple pleasure of fresh food and a drink, with feet resting in the sand after a walk along the coast through the beautiful Cap de Creus.

From La Garrotxa, Catalonia
We were always going to take the detour. Why wouldn't we walk an extra 2km to visit a mysterious Romanesque chapel in a volcano crater?

Through the beech trees our trail wound until emerging on a sunny clearing, like a high mountain pasture. Only this was nothing of the kind. In the Middle Ages, pilgrims trod these paths for religious ends. For us, our pilgrimage led us to a picnic spot which will take some beating.

Sweeping canyons and soaring vultures; wildflower meadows and pine forests lush from the roots up. If the high mountains are calling, there's no one who knows them better.

Got your own ideas? Not sure where to start?

Why travel with Pura Aventura?

We have been inspiring active travel to Spain, Portugal, and Latin America since 1999.

Travel Positive is the concept that drives us. Its three elements make us unique. 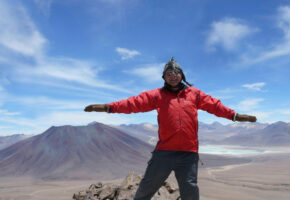 Our independence, passion & local experience gives us the freedom to create your best holiday. 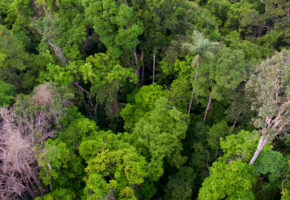 Your holidays help protect the beauty of places we all hold dear, allowing you to travel with pride. 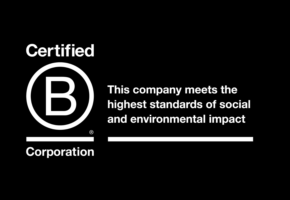 We are the UK's first specialist tour operator to certify as a B Corp. We are fully bonded by ATOL and ABTOT.