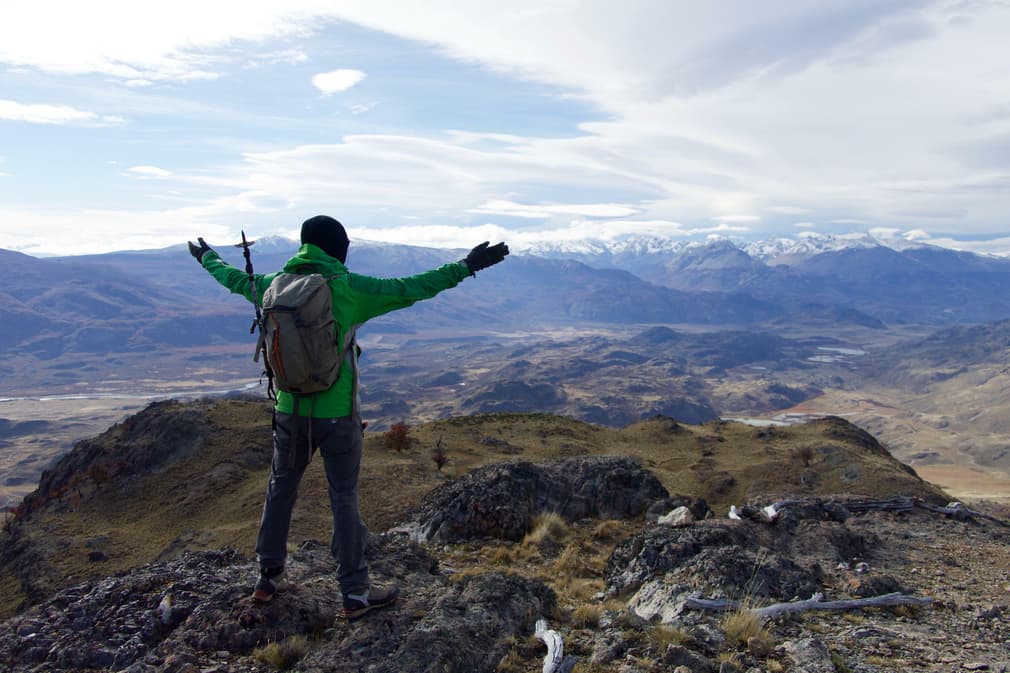 Not your average national park

In its own right, the current Parque Patagonia is pretty special. The wet Southern beech forests of the west meet dry Patagonian steppe, typically found over the border in Argentina, but which encroach into Chile. This transition zone between two starkly opposing landscapes makes the 200,000 acre region so rare and so precious. We never hesitate in including a hike here in our Carretera Austral self-drive itineraries.

Eventually this will be merged with two other nature reserves to create the Patagonia National Park in a prime location along the Southern Highway, one and a half times the size of Torres del Paine and with a diversity of landscapes and wildlife to match. But that’s only half the story.

Parque Patagonia encompasses the land which stretches across the Valle Chacabuco, an area once devastated by unprofitable and unsustainable sheep grazing. Wildlife habitats were destroyed, land was fenced off and large swathes of the valley were batted from one landowner to another and then effectively written off. Then Doug and Kristine Tompkins stepped in. Closely followed by guanacos, pumas, condors, flamingos and Darwin rheas.

So add in this remarkable comeback story and the astonishing tale of the human philanthropy which brought it about and you will soon begin to appreciate why we are indeed all going to the Patagonia National Park.

To the north are the desert landscapes of Jeinimeni. Protected by a double rain shadow, the area is scorched by the harsh sun and sculpted by the fierce winds. It’s like a little slice of the Atacama Desert transposed thousands of miles south to interrupt the glaciers, wet forests and snow-covered peaks of Patagonia. That’s why we love showing it off so much, rarely in the company of other visitors. Close-by is the border-straddling deep blue surface of the Lago General Carrera - the only place you can look west to the Andes in Chile.

The dramatic Northern Ice Fields hem in the valley to the west, whilst the Argentine border cuts it off in the east. Below it is the Tamango Nature Reserve, domain of the endangered huemel deer and the crystal-clear waters of the Cochrane river and lake. 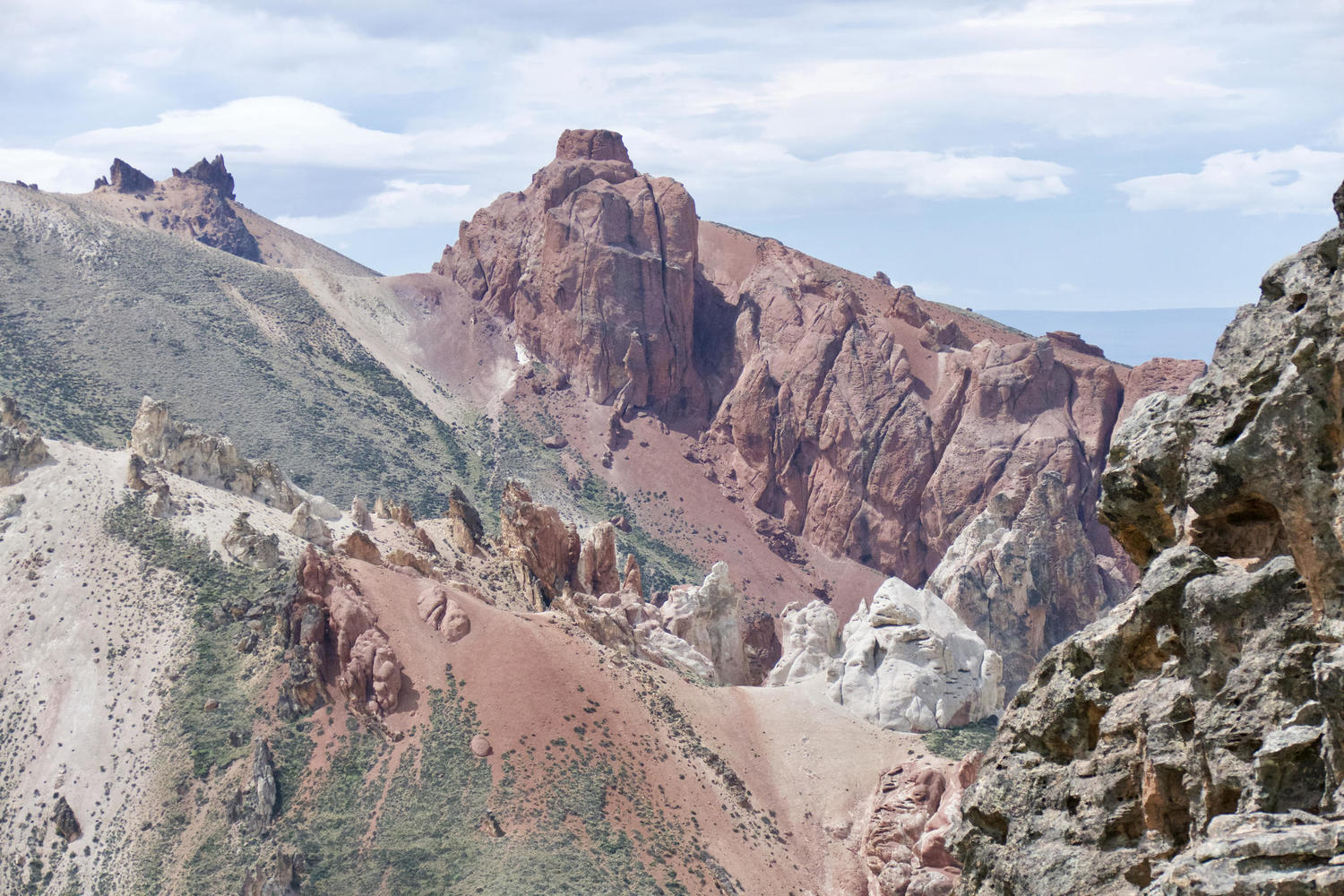 This is where things get really interesting.

On 29th January 2018 the Chilean president Michelle Bachelet proudly announced the handing over of the keys to Parque Patagonia (the Valle Chacabuco) and Parque Pumalin further north. It was a momentous day – the biggest private donation of land to a government in history. But it is a milestone on a journey which started many years ago.

The handover is part of a grand plan to enshrine 10 million acres of land into protected national park status. That’s basically the equivalent of Switzerland. Around 1 million acres of this land will come directly from the Tompkins Conservation – who we really need to talk about now.

Doug Tompkins was best known as the founder of the hugely successful North Face and Esprit adventure and clothing brands. He also turned his hand to skiing, climbing, exploring and even flying. In 1990 he sold everything and switched his powerful focus to land conservation, buying up failing or abandoned estancias to reclaim the land for nature.

Kristine Tompkins made her name as the CEO of the well-known Patagonia clothing brand. She married Doug in 1993 and set up Conservacion Patagonica with the expressed intention to setup new national parks. Together they made a formidable team who would, almost literally, alter the landscape of Southern Argentina and Chile over the coming decades. Along with their partners, the Tompkins Conservation has protected some 13 million acres of land.

There was sound reasoning to their vision for Valle Chacabuco. Generations of estancia owners had struggled to turn a profit from the grassland, stripped almost bare by intense sheep grazing. It took the foresight and clarity of vision of the Tompkins' to understand that such practice was not only unprofitable, but it was seriously damaging.

As more and more estancias sold up to the foundation, more and more fences were torn down, allowing the free roaming of wildlife. Harmful plants and weeds were ripped up and huge tracts of grasslands were allowed to grow back to their normal state. Guanacos returned, pumas followed and the natural order of things was restored. It wasn’t an easy journey though.

Despite their extraordinarily selfless philanthropic efforts, the Tompkins were received with great scepticism in Chile. When you consider this sudden foreign ‘invasion’ in their lands from their point of view, it’s not hard to see why there was much consternation. But the conspiracy theories went from outlandish to just plain ridiculous. The Tompkins were accused of everything from economic infiltration and the disruption of traditional herding lifestyles, to undertaking large-scale mining, working on behalf of the Argentine government to cut-off the southernmost part of Chile and even of starting a Jewish state, despite the fact that neither Doug nor Kristina were Jewish.

When reflecting on the sudden and desperately sad news of Doug Tompkins’ passing in December 2015, Pura co-founder Thomas Power eloquently summed up what had driven he and Kristine for so long: “Doug Tompkins had been exploring and enjoying Patagonia for the best part of 50 years and I think he just wanted to share. Patagonia does that to a person. It’s exactly what happened to me when I first went there in the 1990s.”

Further reading: Doing the Walk of Life in Parque Pumalin

The establishment of Parque Patagonia has already enriched our road trips along the Carretera Austral, giving our travellers the opportunity to go hiking and explore a unique east-meets-west protected environment. The future creation of the Patagonia National Park is going to improve infrastructure and inevitably open up new hiking trails and accommodation options.

More importantly though, the work of the Tompkins Conservation has restored the link between east and west for an enormous volume and diversity of wildlife, thanks to the removal of livestock and estancia fences. This facilitated movement and the restoration of grassland habitat has boosted the numbers of guanacos, pumas, foxes and armadillos. It is hoped that the seriously-endangered huemel deer will also benefit, having been consigned to the Tamango Nature Reserve. There’s a conservation programme specifically dedicated to growing the numbers of Darwin rheas.

Throughout the park you might encounter vizcachas, pampas cats and painted butterflies. Chilean flamingos migrate to the lagoons in the summer months, whilst Andean condors, caracaras, hawks, buzzard-eagles, Austral parakeets and meadowlarks can be seen overhead. 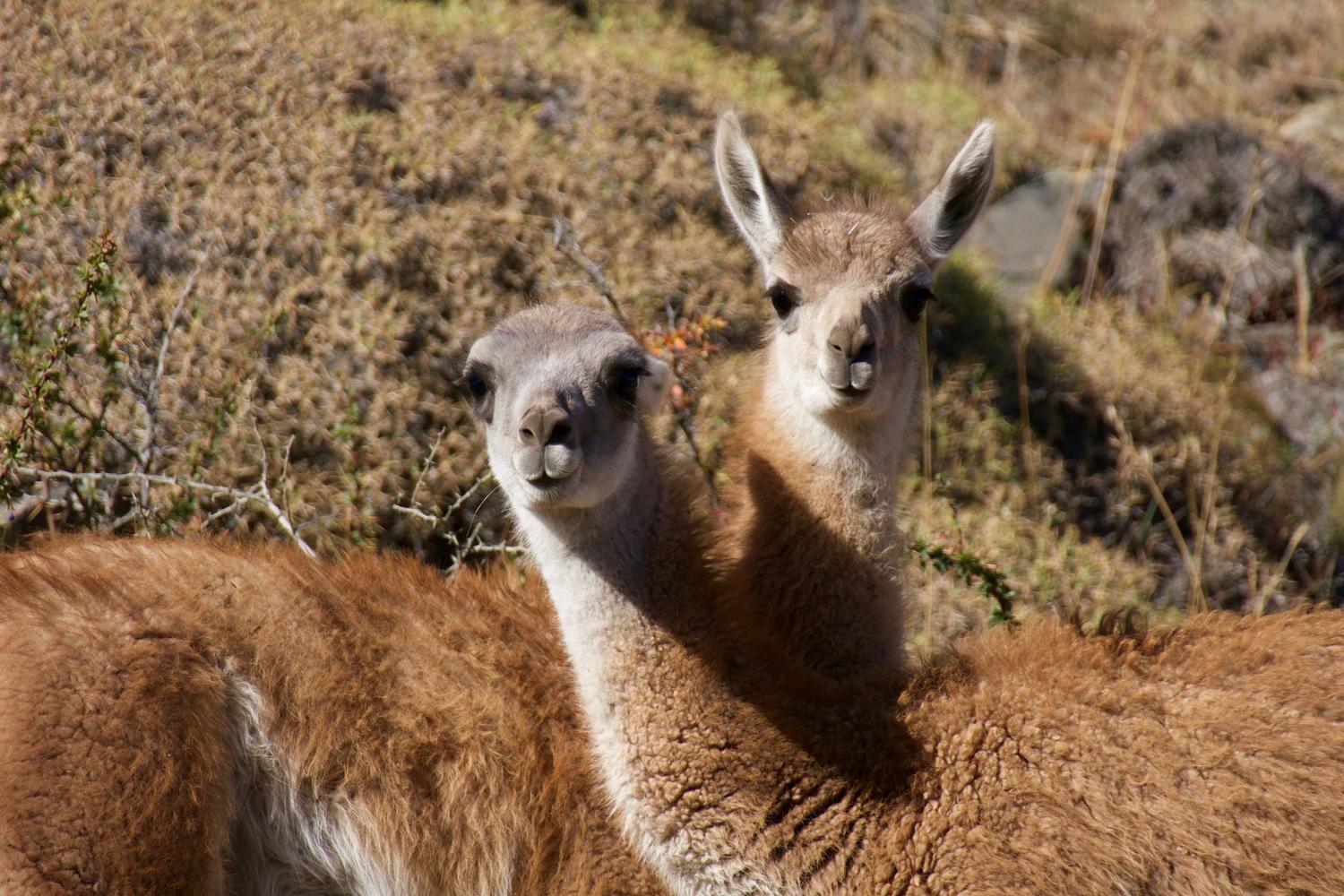 Guanacos in Parque Patagonia on one of our recent visits

The temperate forests of the west are populated with 30 metre high lenga beech trees, particularly spectacular in the Autumn when the leaves take on fiery amber and red hues. Chilean fire bushes (mbothrium coccineum) and chilcos (fuchsia magellanica) often capture the attention of visitors here, in part because of their attractive and colourful composition and because the latter also attract the interest of native hummingbirds.

Delicate orchids are protected from the fierce winds by tuft grass out in the open steppe. You’ll also find the emblematic Calafate berries, whose legend reads that once you taste one of these you are destined to return to Patagonia. And well you should.

Currently there are six single day treks in Parque Patagonia, ranging from easy one hour rambles to those which will get you out walking in the morning and return you back to your lodge ready for a Patagonian asado and a well-earned Chilean red. A popular short option is to walk down to the confluence of the Baker and Chacabuco rivers – a great place for a swim and/or picnic. It won’t put much of a dent on your walking boots though.

If you’re up for a challenge, our favourite hike is the 23km Lagunas Atlas trek. This begins on a former estancia path, eventually leading you through pristine Southern beech forest and linking together a series of glorious alpine lakes. The highlight of the trek is probably the view from a natural lookout just after the half-way point, from where you can soak in a wide-angle panorama of the Valle Chacabuco. Just rewards for your efforts I’d say. The trail is a wonderful introduction to the landscapes of the western part of the park. 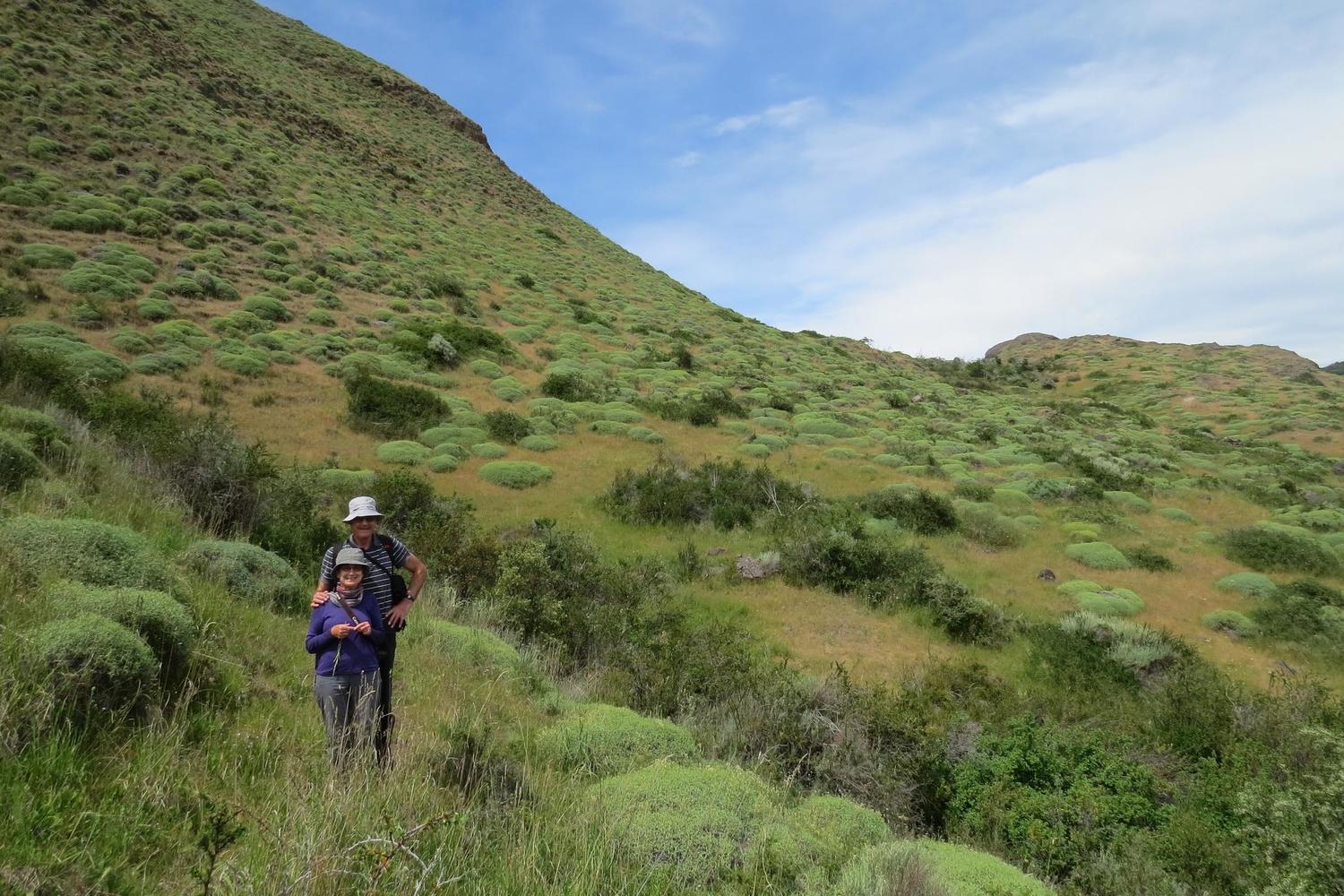 If we extend the area beyond the valley and to the wider Patagonia National Park, then we can also introduce one of our favourite walks in all of Chile – the Piedra Clavada Loop in the Jeinimeni National Reserve. Challenging all previously held conceptions about the Patagonian landscape, the lunar scenery, wind-eroded rock formations and ancient cave paintings make for a remarkable and rather unexpected contrast to the western forests and grassy steppe. At 7km it’s an imminently manageable hike too.

How and when to visit the Patagonia National Park

In its current guise, the three reserves which will form the Patagonia National Park are featured on our three week Carretera Uncovered self-drive itinerary. Having been introduced to the temperate forests and hanging glacier of Queulat, we head north to south, first to Jeinimeni, then Parque Patagonia (Valle Chacabuco) and then Tamango, where you’ll hope to get a glimpse of a huemel deer. From here you can snorkel in the Cochrane River, hike on a glacier and walk on a pre-historic fossil bed further south. 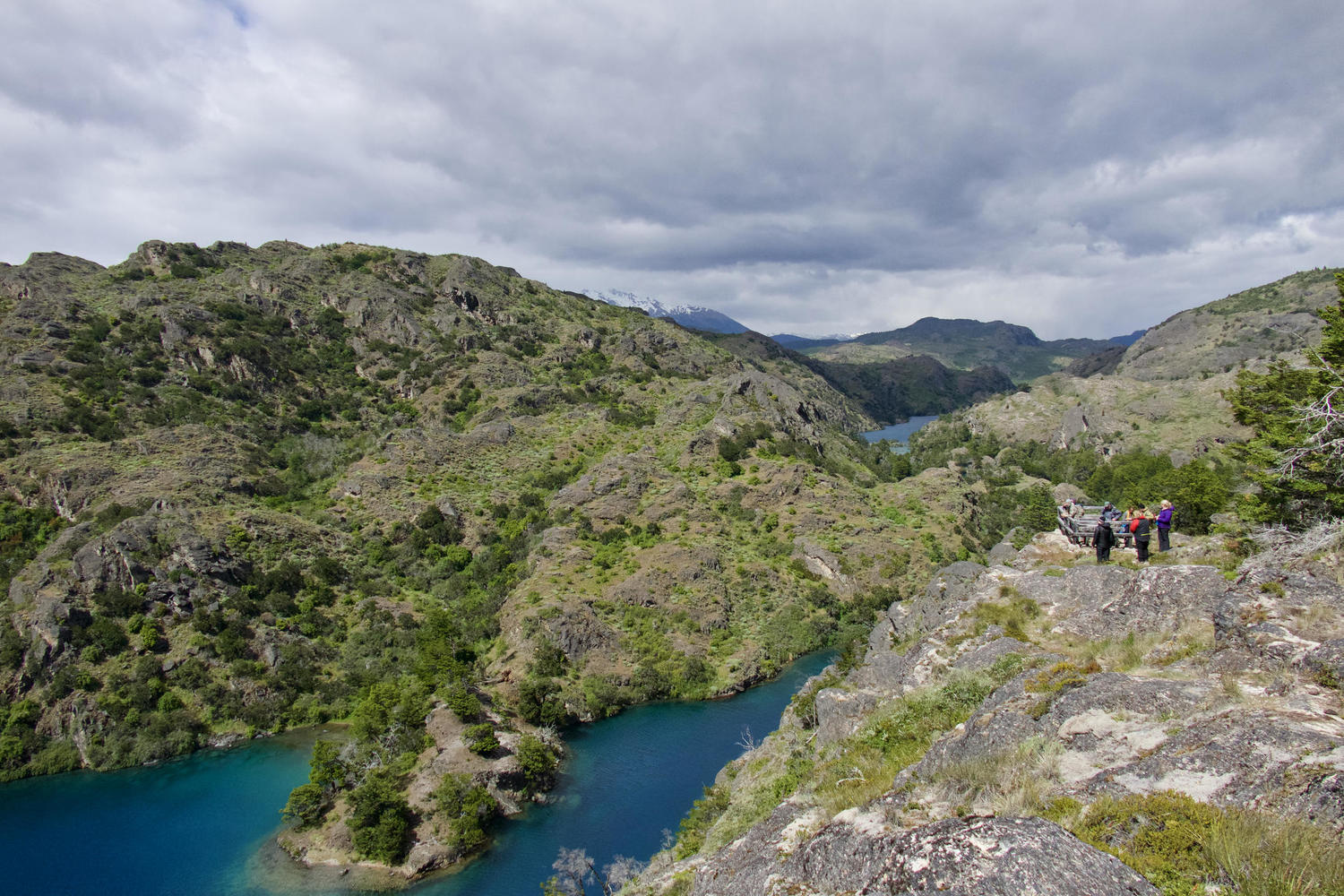 Reaching the viewpoint in the Tamango Reserve

The seasons are switched around in Chile, so our summer is their winter and vice-versa. The Carretera can be happily explored anytime from October to April, being spring to autumn in Chile. You shouldn’t ever encounter too many crowds here, that’s part of the reason we love it so much. If you have a rough date in mind then we’d be happy to talk you through your options and sketch out an itinerary with you.