Why animals in the Galapagos Islands are fearless? 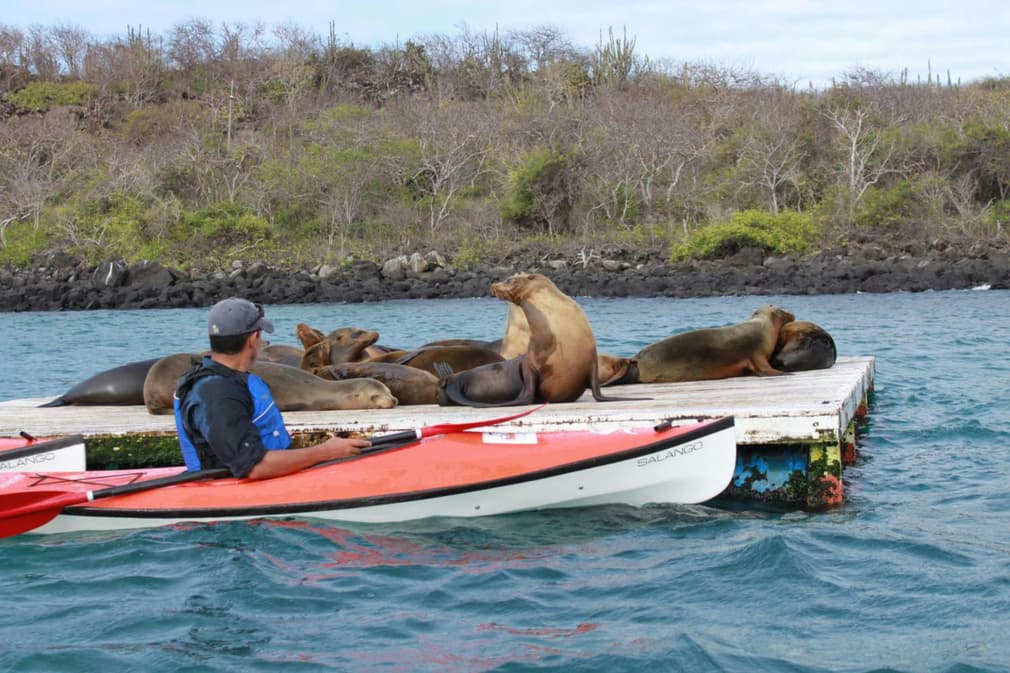 Ecuador is a stunning country with a diverse landscape of jungles, mountains and coastline, but it is undoubtedly best known for its islands. Almost 1000km west of the mainland in the Pacific Ocean lie the Galápagos, one of the most unique wildlife habitats on the planet. Many people each year visit this Archipelago, made up of 19 islands (and hundreds of rocks and islets), to come face to face with its amazingly fearless inhabitants.

To give you a taste, we introduce here a short history of the Islands. You can also take a look at our Galapagos Wildlife set on our Facebook Page. How were the Galapagos Islands formed? The creation of the Galápagos Islands was caused by one of the most unique processes on Earth, as they were formed by the interaction of Plate Tectonics and Hot Spot Volcanism.

Scientists found that the Galápagos' stationary hot spot formed a chain of volcanoes as the Nazca crustal plate moved above the hot spot like a conveyor belt (about 5 million years ago). So each island is formed from a single volcano, with the exception of Isabela, which comprises 6 volcanoes strung together. As the Earth's crust is moving from west to east over the hot spot, this is how we know San Cristobal is the oldest island, and the westernmost islands are the most active. In the last 200 years, more than 50 eruptions have occurred, some threatening the unique flora and fauna, and some others creating new land (such as the new p'hoehoe lava flow on Santiago Island) that was unseen in Darwin's time. 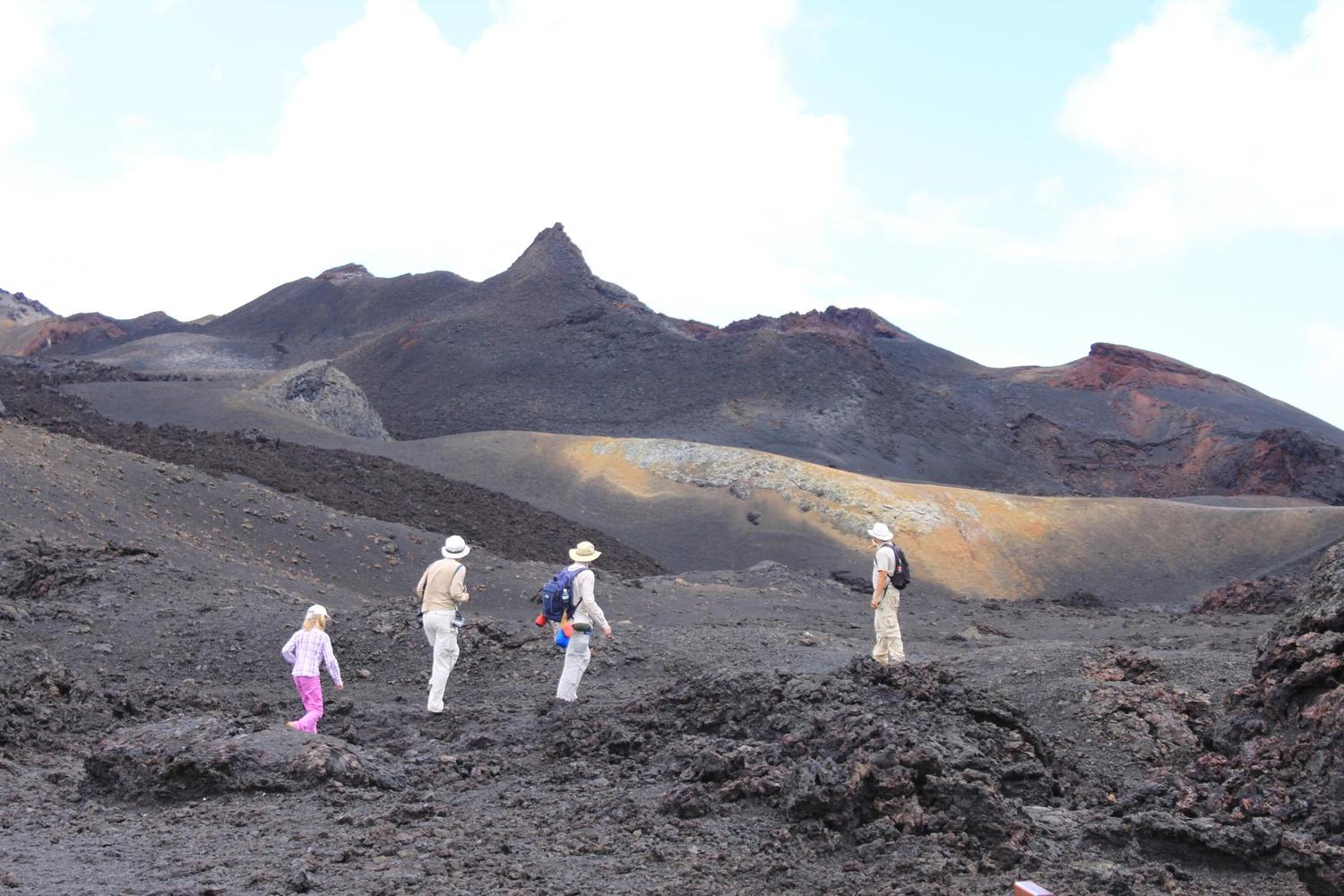 Arrival of species to the Galapagos Islands Other things that make the Galapagos Islands so special are their climate, and their ocean currents. In fact, the variety of marine ecosystems is determined almost exclusively by several ocean currents: the cold Humboldt Current (which predominantly influences the climate), the cold Cromwell Current (which is responsible for much of the unique marine life) and the warm Panama Current. Thanks to these, 23% of the species are endemic! Furthermore, some endangered species (like turtles and whales) find refuge in the Archipelago because of its main reproductive space.

The Galapagos Islands form the most diverse and complex archipelago in the world, in which the conditions remain relatively untouched. Due to its distance from the continent the native flora and fauna evolved in isolation up to their present state. The wildlife in the Galapagos Islands is made up mainly of birds, mammals and reptiles (there are no amphibian natives); but because of its isolated location, it has not been easy for most animals to get there. Except for birds that have flown there, and sea lions and penguins that have swum there, it's believed that other animals were washed there on vegetation rafts. For this reason the large herbivores on the islands are reptile rather than mammal (they could survive at sea for days or weeks). As to goats, pigs, dogs and cats, they were all introduced many years ago by settlers.

As these species had no predators for thousands of years of evolution, they show no fear in the presence of humans or other animals. However, this same protected state is the cause of its delicate and fragile balance, thus the importance of strict control over human activities such as tourism, farming and fishing. That's why the Galapagos National Park and other entities, such as the Charles Darwin Foundation have been built. 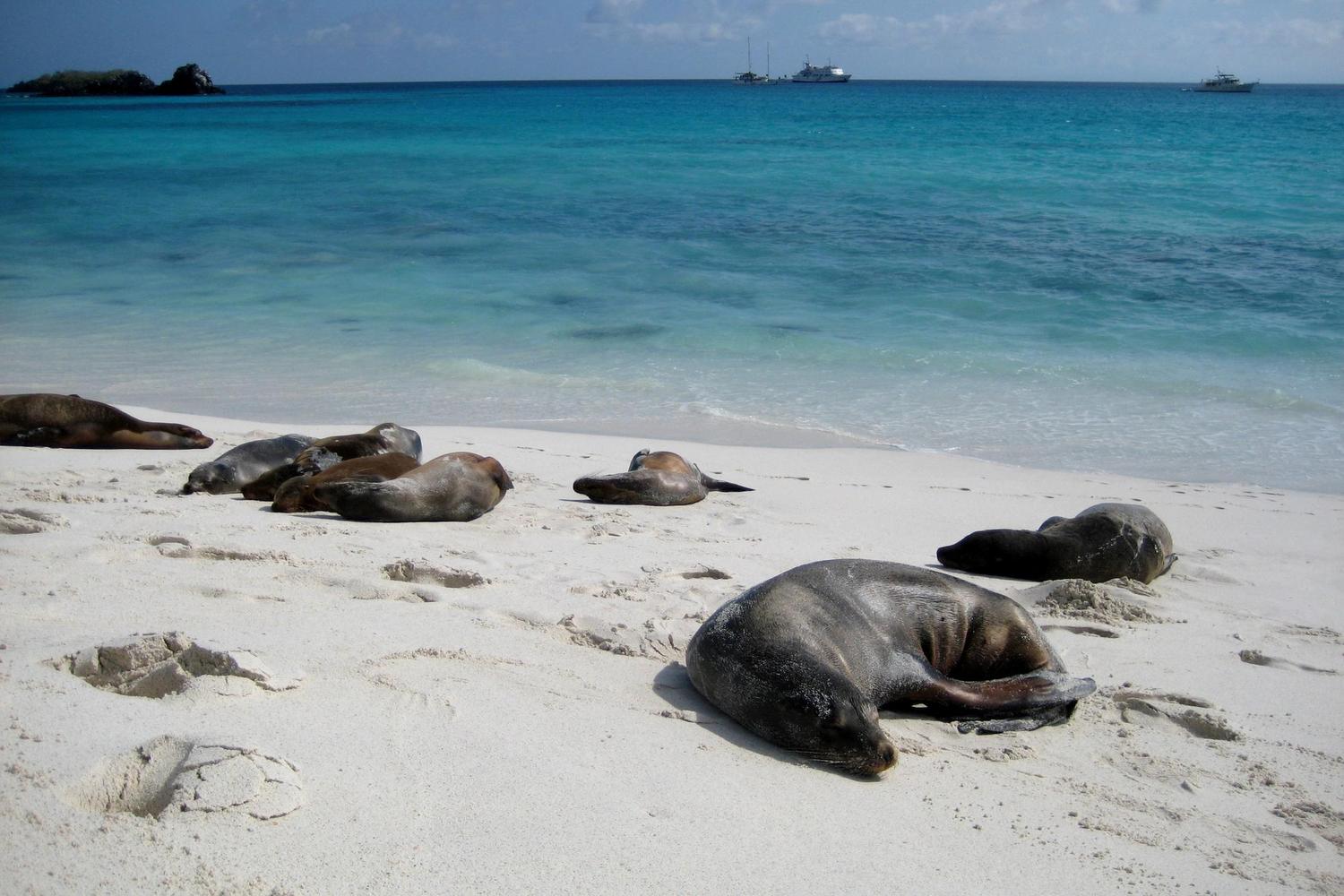 A brief history of the Galapagos Islands

The official discovery of the Archipelago was made in 1535 by Father Tomas de Berlanga, Bishop of Panama, who accidentally drifted away from the established route while travelling to Peru, and discovered the isles when stopping to get water and food.

Later, in the 17th century, the Archipelago became a refuge and operations centre for British and American pirates. William Ambrose Cowley, who drew the first map, named the islands to honour the British monarchy.

Then in 1832, Colonel Ignacio Hernandez took official possession of the islands and claimed them in the name of Ecuador, calling them, "Archipielago del Ecuador" and gave them Spanish names.

Three years later, in September 1835, Charles Darwin arrived aboard the Beagle, and stayed on the archipelago for five weeks, to observe and write about the flora and fauna of the islands. This helped him to formulate his theory about the evolution of species, and in 1859, he published his famous book, On the Origin of Species by Means of Natural Selection.

After the US built a military base in Baltra during the Second World War, the Government of Ecuador declared, in 1959, all the Galapagos as National Park. The same year, the Charles Darwin Foundation is created, then the first tourists arrive to visit the islands. UNESCO declared Galapagos as, "Humankind's Natural Patrimony" in 1978, and in 1999 the Galapagos Marine Reserve is created, making this the second largest marine reserve in the world. 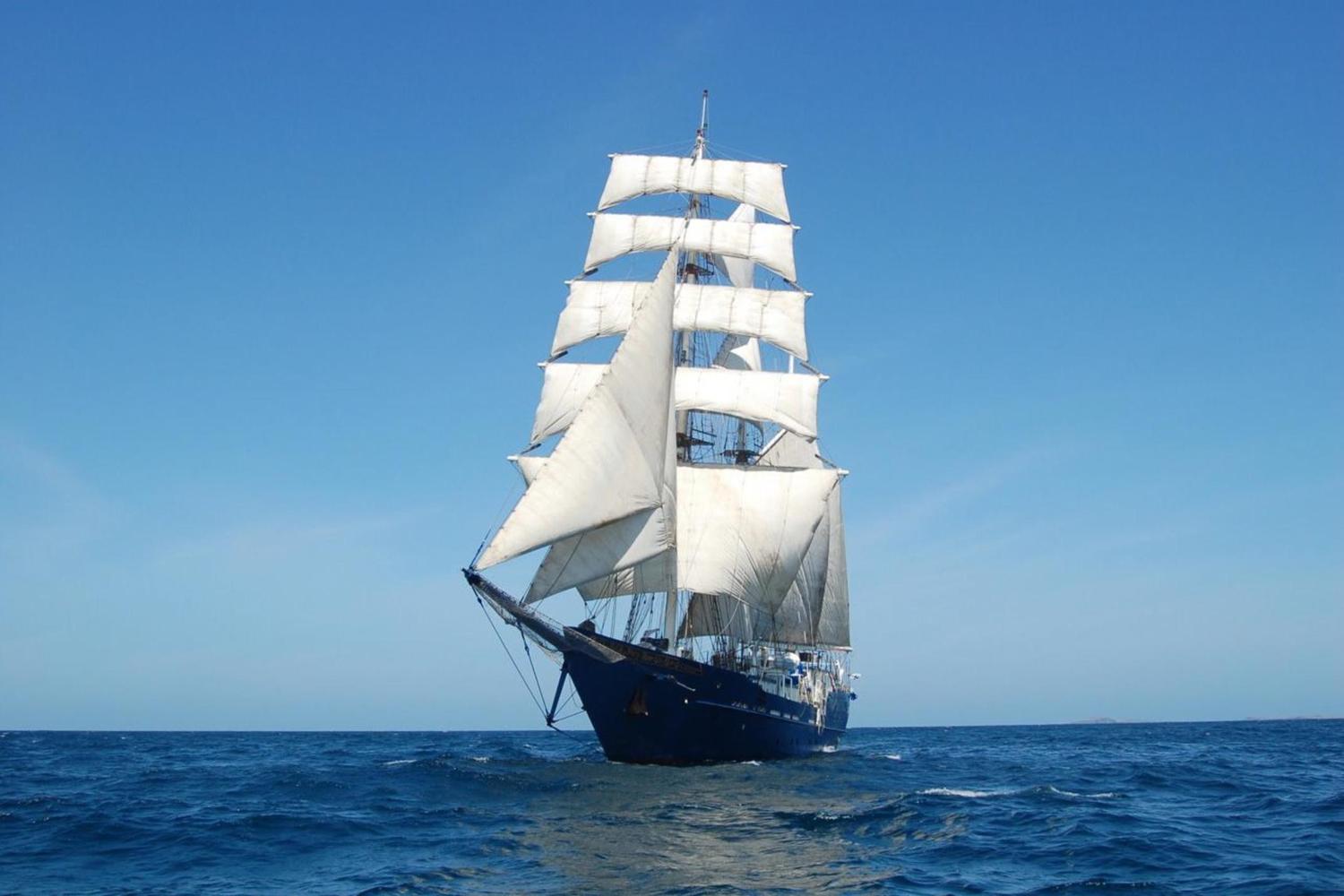 If this makes you want to discover the Galapagos Islands for yourself, remember we can help you plan your trip! So please call us on 01273 676 712.

Best boats in the Galapagos Islands

Are land-based trips to the Galapagos Islands sustainable?