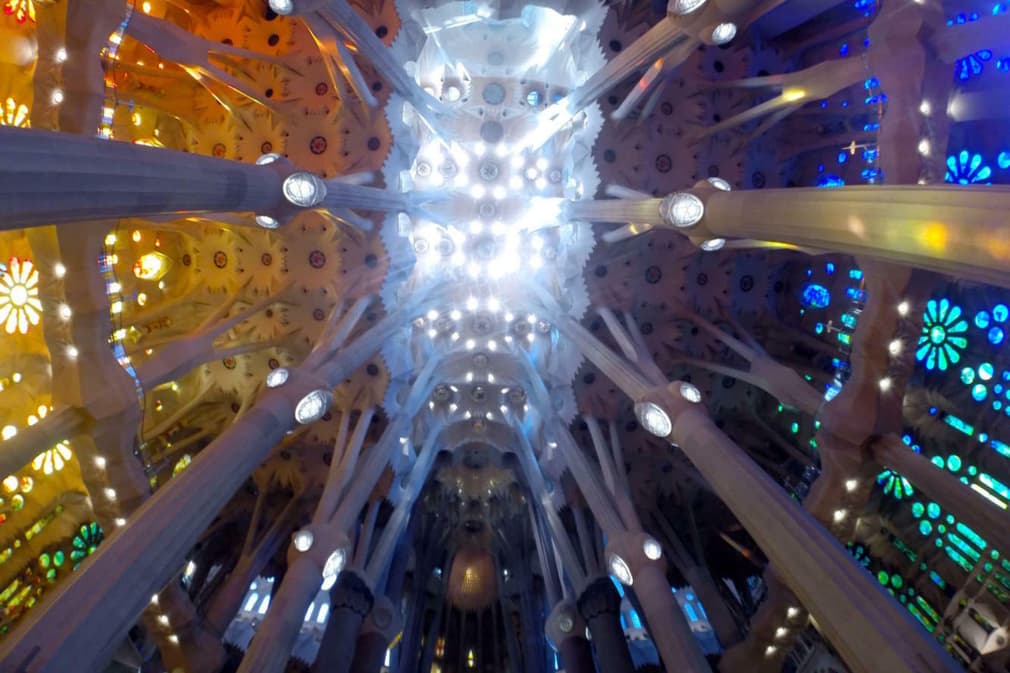 I flew over to Catalonia for a slice of Spanish life in early February; the beauty of this particular trip being that I was able to see something of bustling Barcelona for two days, before zipping off in my teeny Toyota Yaris to the tranquil countryside, within the province of Girona, for another two days.

Having not visited this region of Spain before, I was looking forward to experiencing something undeniably different from that of the areas in Andalucia, notably Estepona on the Costa del Sol, where I grew up for six years. When I was twelve, my parents did that thing where they finally took a leap of faith and packed our bags to live somewhere warmer and sunnier; somewhere we didn’t have to wake and scrape ice off a windscreen before school, and where we could lead a lifestyle predominantly outdoors without being frozen stiff in the winter.

Now, I know many are quick to snub the Costa del Sol with its abundance of golf courses, bland scenery, apartment blocks lining the hills like clones of each other, and a large ex-pat community, however, I feel that growing up with a Mediterranean lifestyle was far more enriching than being cooped up indoors from bad weather for half the year.

What a treat it was in the July summer, when we would drive up to Tarifa to camp amongst the shady pine forests and play on the creamy undulating sand dunes, walk to the tip of the bay and coat our skins in the mineral clay before rinsing it off in Atlantic. Beautiful memories.

So I had my idea of the south of Spain settled but imagining Catalonia was another story. I figured Barcelona to be like other large cities I have been to - busy, noisy, tall buildings. I stayed right on the border between the Gracia and Eixample neighbourhoods, famous for their cool coffee hangouts, beautiful architecture and little independent bars on almost every corner you turn. Imagining the areas outside of Barcelona that I was due to travel to, specifically Girona and Begur were rather more difficult.

The stark contrast within my trip, between being in a huge city and shortly afterwards in a silent green-scape, thrilled me. One minute I was standing at traffic lights waiting for the green man to appear, alongside sixteen spaniards on mopeds, revving and ready to dart off their marks, brushing shoulders down huge aisles of buildings, turning a corner to lay eyes upon the somewhat alien yet magnificent architecture by Gaudí.

The slithering roofs and windows of the Casa Battló, that looks like it should belong in a deep underwater city, is one thing, but my visit to La Sagrada Familia utterly overwhelmed me. Never before had I experienced such emotion toward an architectural structure, than I did walking beneath the fascinating detail surrounding the basilica’s entrance, oozing with grandeur, and in through its doors. I had one of the later entry slots of the day - at 5pm, which could have been an unintentional bonus. The light coming in from the west at more of a horizontal angle created the most spectacular light on the walls and pillars, through the basilica’s remarkable stained-glass windows. Standing amidst the sheer enormity of the interior and gazing at the intricacies had me bedazzled. Construction of the La Sagrada Familia began in 1882 and is now due for completion in 2026, on the centenary of Gaudí’s death.

I waved goodbye to the grand façades of La Sagrada Familia and departed the city heading north. Two hours later, I was wrapped in silence. I drove out to Mas Can Batlle, via the tiny riverside hamlet of El Torn, cruising along the single country lanes through a mixture of pasture land and rich, verdant forest. Pulling off the “main” road and dropping down to a dusty track, I passed the roaring Can Batlle waterfall, gloriously bursting over its brinks, as heavy rain had fallen a few nights prior to my arrival. Slinking round to reach atop the hill, there the hotel was, in all of its bucolic beauty. Though I didn’t stay overnight here at Mas Can Batlle, I did spend some time meandering through its rooms and hallways - all exuding perfection from floor to ceiling.

Driving onwards to my second major Catalan city, Girona, I arrived at Hotel Nord 1901, a contemporary hotel in the heart of the city. I was very well situated for my fleeting visit and only a few steps away from the main plaza and the river Onyar, that the city straddles. I felt like I had stepped back in time wondering Girona’s quaint alleys and arches, peering up at its noteworthy Gothic structures, if you’re into architecture.. though even if you aren’t they are simply pleasing to the eye. As is rather obvious, the city itself holds a heck of a lot of history in its veins; I didn’t learn until I arrived that Girona has undergone twenty-five sieges through the centuries, since around 700 AD.

The air of the city was a welcoming one. I stood poised with my Bronica at the foot of the famous red bridge waiting to catch a clear shot, a woman sweeping the ground around her glowing produce stall to my right, routinely looking up with curiosity at me. Each person who passed me on that bridge smiled and nodded a friendly ‘hello’, something that feels all too rare in the likes of London.

Lamenting the fact that I had to leave beautiful Girona, I journeyed towards my next destination, Begur, on the Costa Brava. Upon arrival on the coastline, I turned left and snaked along the road, suddenly realising that the cluster of narrowly set apart houses and buildings on a rather steep hill, was the town itself. Cue navigating the kiss-goodbye-to-your-wingmirror streets. I did actually return my hire car with completely intact but as thrilling as it was driving through Begur, there is a car park just a five minute walk away at the bottom of the hill. A safe bet.

I think Begur was the most hospitable place I visited on this trip, even more so than Girona. I took the time to just walk and get lost (hard because it’s fairly small) in the towns roads, reminiscent of Tarifa but on a smaller scale. One thing that really stood out as I wandered about, was the tastefulness in appearance of inhabitants’ houses. Everything seemed to work visually and each façade complemented the other, almost like each street had had a meeting so that everyone’s look synced. The coast below you can walk down to, but to save time I drove down the zig-zag road to one of the beaches. Sadly, being winter I wasn't at liberty to take a dip in the bay but I could appreciate it from afar, as I walked up a stone path fixed into the cliffs, pine trees dangling their pinecones over the clear, azure seas while white water crashed upwards at me.

That evening I stumbled upon a cheerful restaurant called Tothora, with its fairy-light covered terrace out the back, and where I perched with my celebratory €2.50 glass of cava (eureka!).

Departing the following morning, I can say that I have finally had a taste of the Catalonian side of Spain, albeit a little one. It has only left me wanting to return and explore in more depth - everything from city neon lights to the tranquil valleys and crisp, lapping waves of the Costa Brava.