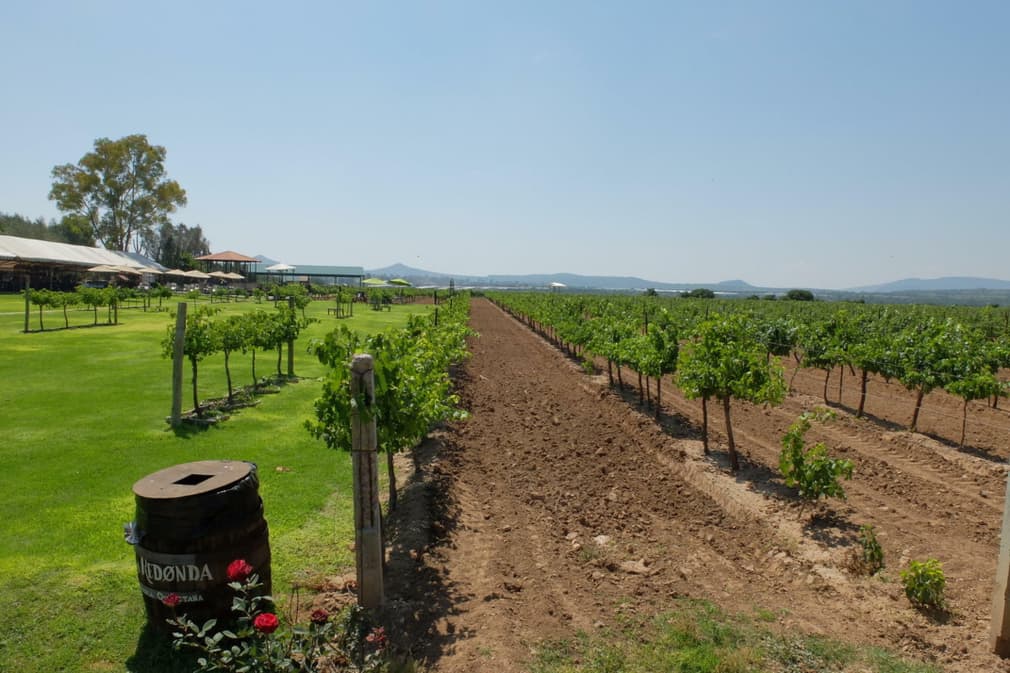 Mendoza, Maipo, Colchagua... the great wine regions of Latin America which we are all used to seeing on the shelves of our wine shops and supermarkets. But did you know Latin America has many, many more wine producing regions which are just waiting to be discovered?!

Because Vitis Vinifera didn't exist in the Americas before the Age of Discovery, indigenous peoples didn't make wine though they did produce all manner of other alcoholic concoctions. It was after the second voyage of Columbus in 1494 to Hispaniola (present-day Dominican Republic), when the grown of vines started in the Americas.

In 1524 wine was successfully established in Mexico; around 1540 in Peru; and a decade later in Chile and Argentina. So [inlinetweet prefix="" tweeter="" suffix=""]why are Chile and Argentina today the two main wine producers in Latin America and not the others?[/inlinetweet] This is a story with many twists of fate.

The vines in Mexico and the Caribbean didn't take particularly well so, after many years of difficulties producing wine, the production of wines effectively ground to a halt. On the other hand, Peru, Chile, and Argentina found that their vines were growing very well. Paraguay also had a large amount of planted vines but found that it simply couldn't compete with its neighbours so gave up replaced vines with tobacco and yerba mate cultivations.

Peru in the 16th and 17th centuries was actually the principal wine growing area of the Americas. That all stopped in 1687 when the southern coast of Peru was struck by an enormous earthquake which destroyed Villa de Pisco and Ica - the heartland of wine production. The wine-boom stopped as growers shifted the land use from vineyards to lucrative cotton fields.

Chile benefited from Peru's misfortunes and became the main wine exporter in Latin America. Later, in 1885 the inauguration of the Buenos Aires-Mendoza railroad sparked the development of vineyards in Mendoza. Furthermore massive immigration to Río de La Plata mainly from Southern Europe increased demand and bought know-how to the old-fashioned Argentine wine industry.

However, even if Chile and Argentina still own the market, other wine regions in Latin America are on the up and up again today. So it is time for you wine lovers to watch for other interesting corners of Latin America.

Famous for its Malbec, Argentina is today the fifth largest wine-producing country in the world. Argentina is mainly an arid landscape that profits from irrigating waters off the Andes Mountains. While Mendoza produce more than 80% of domestic wine, you still need to go to places like Salta, to get a full picture of what the country has to offer.

Salta's most outstanding wine region is Cafayate, in the so-called Calchaquíes Valleys, where 99% of the vineyards are devoted to the production of fine wines. One of its most outstanding wines is Torrontés Riojano, a very fruity wine that is considered to be the finest expression of this province.

Just over the Andes from Argentina lies Chile, a diminutive strip of land sandwiched between the ocean and the cordillera. The valleys along the coast collecting a cool air make the climate for growing healthy and quality wine grapes ideal. While the Colchagua Valley is famous for its robust red wines, the southern Bio Bio region has more wind, rain, climatic variation and a cooler climate suiting for the development of complex aromatics in white wines. And if you ever see a Pinot Noir from Bio Bio, try it!

Despite its important history in South America, Uruguay is not widely known for its bodegas, despite producing some well-loved wines. Indeed, the country is well situated to produce good wines, and its shining star is 'Tannat', a robust, tannic red. Most of the wine production takes place in the Canelones region, near Montevideo.

Brazil is perhaps better known for Cachaça and it might seem strange to hear that vines grow well along with coffee and cacao, but they can and do! It certainly wasn't easy at first, the first grape varietals introduced by Portuguese settlers didn't cope well with the warmth and humidity, suffering from numerous fungal diseases. However, since the 19th century several Brazilian states have succeeded in producing wines. Serra Gaucha, north of Porto Alegre is one of the best today for whites and sparkling wines (similar to Italian Spumante). Serra Gaúcha represents about 90% of the country's wine production and is home to the only two certified wine production areas in the country: Vale dos Vinhedos and Pinto Bandeira.

Colombia may also surprise you as it is largely a tropical country but it does produce wine. Here the solution was to grow grapes at altitude, in order that the vines got their necessary daily dose of temperature fluctuation. However, serious wineries are rare in the country. The best of the bunch is probably Marqués de Villa de Leyva near Sutamarchán. The producer even claims that the winery was formed through a combination of inspiration and insanity! That probably highlights the complexity of wine production here.

About 220km south of Lima, the coastal plains of the Ica region are the heartland of the Peruvian wine industry. On either side of the city of Pisco are the towns of Chincha, Ica, Moquegua and Tacna, Peru's viticultural centers. With its dry, desert climate, sandy soil and natural irrigation from the Andes, Ica is an oasis of fertile land amid the northern edges of the Atacama Desert. In fact, Tacama winery is probably the one you will see on winelists most when over in Peru.

Bolivia is not exactly world-renowned for its wine, but you don't want to miss the wines produced 'at the highest altitude in the world' (about 2,800m above sea level). Much of the wine crop is destined to Singani, the national spirit, but small wineries are available around Tarija too. Ok, don't expect Bolivian wines to become the next big thing but you just may be pleasantly surprised. Because don't forget that higher elevation means more sunlight, which concentrates the flavors and aroma of the wine, and it also helps the juice age faster. Bolivian winemakers even claim that their two-year old wines are similar to six-year old wines from elsewhere in terms of smoothness and balance!

While Mexico is proud to have the oldest winery of the Americas (Casa Madero in the State of Coahuila), the modern era of winemaking started some 20 years ago in the north-westernmost corner of Baja California (producing 90% of the wine in Mexico). Valle de Guadalupe is located in a warm arid desert and viticulture is made possible by the presence of the Pacific Ocean to the west and the Gulf of California to the east. But this also occasionally causes wine to taste of saline. However, some already call the region 'the next Napa!'

Our Latin America holidays   Get in touch   Subscribe to The Pothole

What are the best cocktails in Latin America?