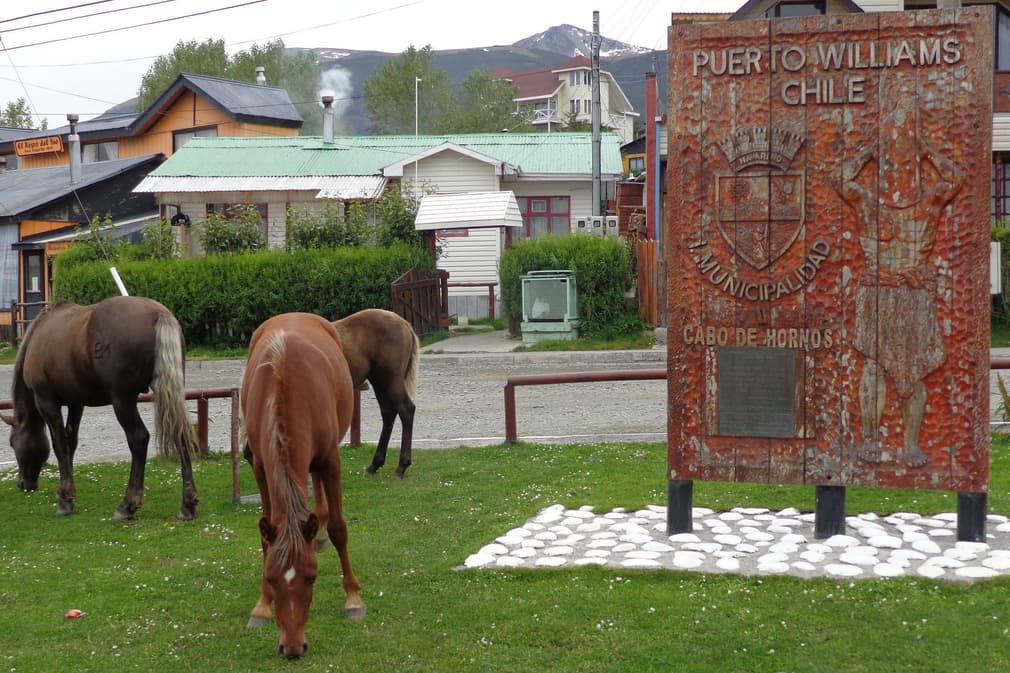 Who doesn't love a bit of harmless neighbourly one-upmanship? Last week we were treated to a brilliant example, as Chile's Puerto Williams, at last count a community of less than 3,000 at the bottom of Patagonia, declared itself a city. Yes, an actual city. Like London or New York. Why? So that it could claim the title of the world's southernmost city and, in doing so, rob Argentina's Ushuaia of it's long held claim to fame.

This isn't just a case of buying a Merc after your neighbour splashes out on a new BMW. It's more like me applying to the DVLA to have my Mini reclassified as an articulated lorry.

When is a city not a city?

Puerto Williams' population could fit on your average cruise ship, with room to spare. Then again, Ushuaia has always been pushing its luck. Its people could only fill Wembley Stadium two-thirds of the way. This is not a heavyweight contest.

So why bother? As Francisca Albornoz, President of the Cape Horn Tourist Association, unashamedly admits; "for us, it's a tool that will do much to help us attract more tourists". I wonder how long it took them to come up with that one. Have you ever been in a brainstorm when someone's had a seemingly ridiculous idea at the start and then wound up talking yourself into it in the absence of anything else? Francisca Albornoz has.

It perhaps didn't occur to anyone that the claim does nothing to improve the visitor experience; you literally have to arrive, take a quick look around and take your leave, safe in the knowledge that you have been in the world's southernmost city. Still, something catchy to put on that rusty looking sign. For Ushuaia, it means that endless postcards, fridge magnets and assorted tourist tat are now suddenly out of date.

So what else have other tourist boards been up to in the hope of winning our hearts and capturing our minds in an increasingly crowded marketplace?

I love a good slogan. I love a bad one way more though. Try coming up with one for yourself - a few words that sound clever and capture the essence of what makes you so special, walking the line between confidence and arrogance, openness and intrigue. Now try doing it for a country. Reviewing the fruits of a marketing team's labour can be delicious.

This is the perfect opportunity to reprise one of my all-time favourite graphics. This map of national tourism slogans, published a couple of years ago now, is an absolute treat. There are some corkers, some stinkers and some that are just downright confusing. Here are a few of my favourites.

The award for simultaneously conveying gracious hospitality and (probably misconstrued) breathtaking arrogance goes to Uganda:you're welcome. Thanks, I don't remember asking. Another with unintended double meaning that I particularly enjoyed was Belize:a curious place. Oddity being so high on most tourists' agendas. El Salvador does itself no favour with the 45 minute country. Whilst it tries to draw attention to the proximity of its main attractions, it instead positions itself as a place you might stop for lunch on the way to Guatemala or Nicaragua. Likewise Essential Costa Rica grossly undersells this magnificent country. In fact, it was until recently the name of one of our Costa Rica itineraries before we consigned it to history.

Iceland and Ireland would have had something to say about Portugal:Europe's west coast. Albania channels the spirit of Fleetwood Mac with go your own way. Germany's simply inspiring is anything but. I feel like Tunisia sounds like a flash of inspiration someone had when wondering what to have for dinner. Uruguay natural is just two words thrown together; the starting point of a brainstorm that never happened. Think Hungary more than expected makes no sense at all, like the cryptic crossword clue you couldn't solve.

Then there are the unofficial monikers bestowed upon a destination, be it at the behest of its tourist board or a clever so and so who misplaced their thesaurus and instead went all in on the hyperbole. The most famous iteration of this is the Venice of the North. This has most commonly been attributed to Bruges and Amsterdam, not without justification it must be said. Copenhagen and Stockholm are pushing it a little, but by far the most charitable is Birmingham.

If Birmingham is the Venice of the North then I'm pronouncing Haywards Heath to be the Manhattan of Europe because our Waitrose has a wine bar.

I've seen several Latin American countries compared to Switzerland in the last few years; Chile (mountains and lakes), Ecuador (scenic railways), Costa Rica (political neutrality) and Uruguay (democracy and banking regulations). Curiously, the country that comes out best in all of these is... well it's Switzerland obviously. After all, Switzerland is the Switzerland of Switzerland. If railways and bureaucracy were your thing, you'd just go straight to source wouldn't you? As beautiful as Bruges and Amsterdam can be, if you want canals, why not just go to the actual Venice of the North? Which is in Italy.

Surely the ultimate aspiration to which a tourist board should aspire is to be so good at something that other destinations start using their name as the subject of their marketing? I'm looking forward to the day that Scotland starts describing itself as the Patagonia of the North. As one of the world's smallest cities, Puerto Williams is surely ripe for the Vatican of the South. Or perhaps Venice of the South. There's a bit of water round there somewhere.

An office in the sea?

Anyway, through all this lunacy a novel thought has occured to me. As I write this in our Brighton office, looking out at the tip of the British Airways i360 tower as its circular observation pod slips back out of view, I begin to wonder if we at Pura Aventura might just be the southernmost tour operator on mainland Britain? Wouldn't that be something? It won't make our holidays any better and does not mean anything to anyone, but it sounds rather clever and would be a wonderful thing to splash across our brochure, should we ever make one, right?

Maybe I'll check one day. And if we're not, I'm sure there'll be a bit of office space at the end of the Palace Pier that we can all bundle into. And no one would ever be able to pull a Puerto Williams on us.