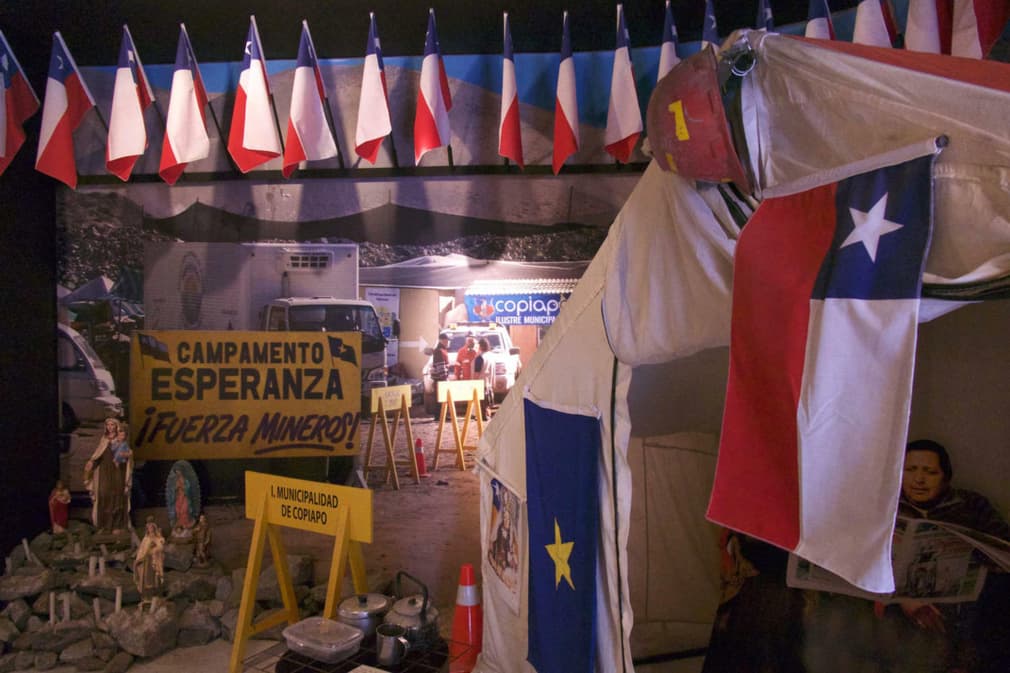 It didn’t take a great deal of persuasion for me to accept a place on a trip out to Chile earlier this month for the purposes of having a nose around the wine region south of Santiago (though my wife required rather more to let me go!). As expected the wine – and indeed the food – was first rate, and it was a pleasure to wander through the vineyards and stacks of barrels in the company of the winemakers, and of course to taste some of the excellent output.

However, one of the joys of travel comes in the form of unexpected highlights. I was expecting to enjoy the vineyards – and I did – but I had no real expectations upon visiting the Museo de Colchagua. Yet this little gem, in the tiny town of Santa Cruz (itself in the heart of the vineyards), was an outstanding surprise that lingered with me far longer than the taste of the ruby Carménère.

The Museum of Colchagua should perhaps be better known as the Museum of Chile: it encompasses far more than this little corner of the country, both in space and time. A roughly chronological layout takes you through the history of Chile, from paleontological through to modern times. The site is compact; so a few steps take you from eyeballing the skeleton of a prehistoric sloth to intricate Inca quipu strings and relics of the Victorian-era War of the Pacific.

The collection is the very definition of eclectic, touching on tools, textiles and transportation – the carriages and historic trains are particularly eye catching. I’d say pretty much anyone could find something to tickle their fancy here, whether it’s gazing into the Jurassic Park-like amber with fossilised insects, or marvelling at the ceramic workings of Pre-Colombian civilisations.

Much as I enjoyed the glimpses into the distant past however, it was the exhibition from a much more recent time which left the greatest impression. ‘El Gran Rescate’ tells the story of the rescue of the ‘33’ – the miners trapped underground for 69 days after a mine collapsed in northern Chile in 2010. It translates as the ‘Great Rescue,’ but I think most UK visitors over 30 would be more inclined to term it. ‘The Great Escape.’ The fact that all 33 were successfully brought up to the surface makes this one of the great survival stories; the fact it happened so recently means that there is no shortage of source material for the exhibition.

From the carefully reconstructed replicas of the refuge chamber in which the miners were trapped, to the capsule that finally brought them to the surface, and original articles from above and below ground, there is plenty to transport you back into this epic effort of perseverance. In the media age, there is of course video footage on tap, with a camera having even been fed down to the miners. Yet, strangely, it’s not the subterranean depictions that are the most moving, but rather those from ‘Campo Esperanza,’ above ground. ‘Camp Hope’ was the name bestowed on the settlement populated by the miners’ families throughout the duration of events, and it is perhaps their efforts that put the meat on the bones of the story. My abiding memory was their Chilean flags with marker-penned messages of hope, support and love for the trapped miners.

Should you find yourself in this charming part of Chile, which retains a wonderfully bucolic air, in between sampling the outstanding wine, take half a day to wander around the Museo de Colchagua – it’s time very well spent. I certainly couldn’t disagree with the guide who told me it was, ‘Mas que el vino’ (‘more than the wine).