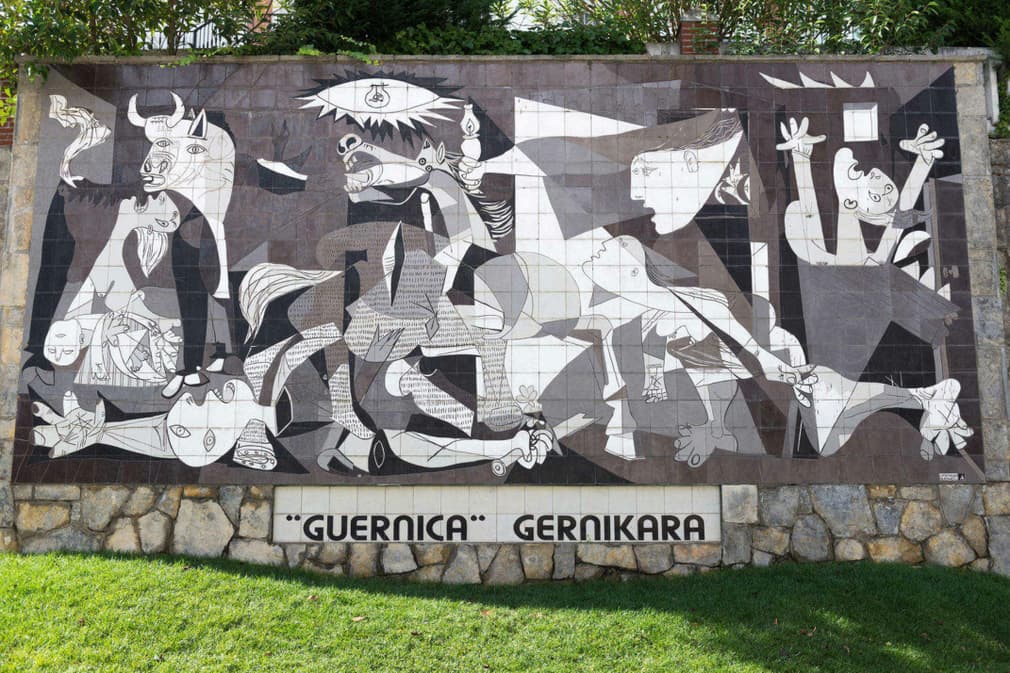 April 26th, 2017 marks the 80th anniversary of Guernica, events will be taking place throughout the year to remember the Civil War bombing of this small Spanish Basque town by the Luftwaffe allied to General Franco. Here we tell you six ways to commemorate the horrors of the bombing.

Go to an exhibition

The Reina Sofía museum in Madrid is hosting the exhibition The Path to Guernica, from April 4 to September 4 this year. The display, which will be focused on Picasso’s famous painting which has became a universal symbol of the cruelty of war. As well as exploring the painting’s role in Spain’s post-war reconstruction and as an international image of peace, they aim to reveal new insights into the great mural.

The exhibition will bring together about 150 Picasso’s masterpieces from collections and institutions around the world (Picasso Museum, Pompidou Centre, Tate Modern, MoMA, Beyeler Foundation…).

In addition to its fantastic exhibition, the Reina Sofia museum will be also offering a series of lectures focused on Picasso’s greatest work. These will include the Guernica. War and disaster, 1929-1945 seminar by Art historian Professor Emeritus Timothy James Clark on April 05.

Martha Graham has long been considered the ‘Picasso of dance’ - in that her influence on modern dance can be considered equivalent to that of Pablo Picasso on painting. Graham was very much inspired by the Spanish Civil War during her life. Back in 2011, the Martha Graham Dance Company created Cercando Picasso, a new show which took sections from different classic ballets and remixed them to recount the Spanish Civil War, in particular the episode of Guernica.

For the special occasion, the Martha Graham Dance Company will present its show again at Madrid’s Teatro Real this year from June 8 to 11.

Last year we were honoured to be invited by the Basque Country Tourism Board to a private screening of Gernika before its official release in September 2016. The screening gave us the chance to catch up with film director Koldo Serra and producer Jose Alba to discuss the project and gain a deeper understanding of the film and impact of the bombing of Guernica on Basque people. The film, which depicts the tragedy of April 26, 1937 when the town of Guernica was the scene of bombing has received mixed reviews, although it’s still an historically accurate and (occasionally) powerful film - and the only one you’ll actually find about the tragic event anyway. To really understand the movie though, you should probably get to know a bit more about this war before you watch it as you might not clearly understand everything.

The film is available to download from Netflix, Sky or to buy from Amazon.

Our recently released Expert Guide to Spain has a chapter dedicated to Guernica. As Thomas used to guide in Spain and go with groups to the Reina Sofia almost weekly to talk about Picasso’s painting, he shares what information he learned about the war and the painting over the years.

The Basque country is beautiful, but still relatively unknown (taking aside San Sebastian and Bilbao). In order to get an insight into this historically significant corner of Spain, our latest cultural trip leads you on a cultural exploration of this gastronomic heartland.

Visit Guernica’s Monday market (the town was bombed on a Monday market day), walk in stunning landscapes and learn to make, and eat great food. And wine, this trip dips into La Rioja too. While it’s up to you to choose when to go, know that this trip is best suited from March to June and September to November in order to get the best weather.

All you need to know about Rioja wine