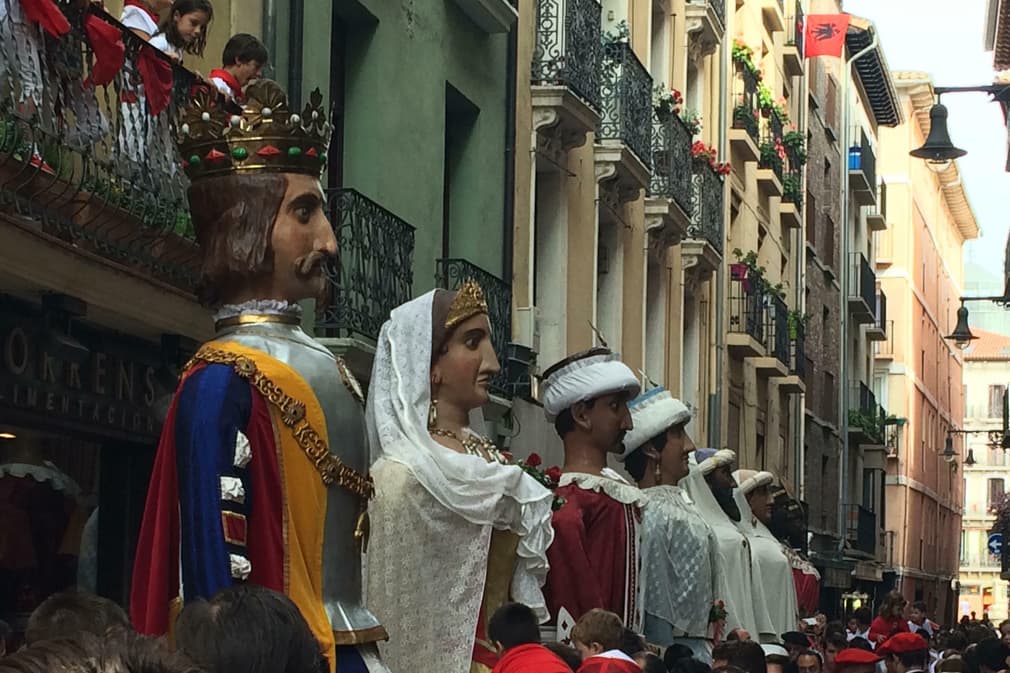 Over the next week, thousands will flood into Pamplona from far and wide for the annual San Fermín festival and its daily bull runs. As this personal perspective from Pura co-founder Xabi Etxarri explains, it's an event that was once deeply engrained in the city's social fabric, a rite of passage for young men as they pass into adulthood. Today, only a small percentage of runners are from the city. But traditional elements remain. It turns out, bulls are not the only thing he used to run in front of.

For many centuries, running with the bulls marked the transition between adolescence and adulthood; every youth from the city (more of a village in those days) had to do it at least once to be considered by themselves, their family, their friends and society as a true pamplonica.

In each of the daily bull runs, new runners would ask themselves what they were doing there, suffering, terrified, not enjoying any of it. Every year, it was eight days of terror. Yet in all of the cuadrillas – groups of friends – there was always one, with more vanity than fear, that saw an opportunity to keep running and gain the prestigious tag of corredor. In my group, that was me.

But it was more than the social status. Through all the fear, without knowing how, something changes one day. Instead of separating yourself from the pack, you begin to run ahead of it. You look straight into the eyes of a 600kg bull that's just a metre or so behind you. You start to sense that they consider you another member of the pack, you start to feel not like another bull, but a human having a connection with beasts that do not want to catch or attack you. It's magical, something so distinct from the rest of your daily life. It becomes irreplaceable and addictive. 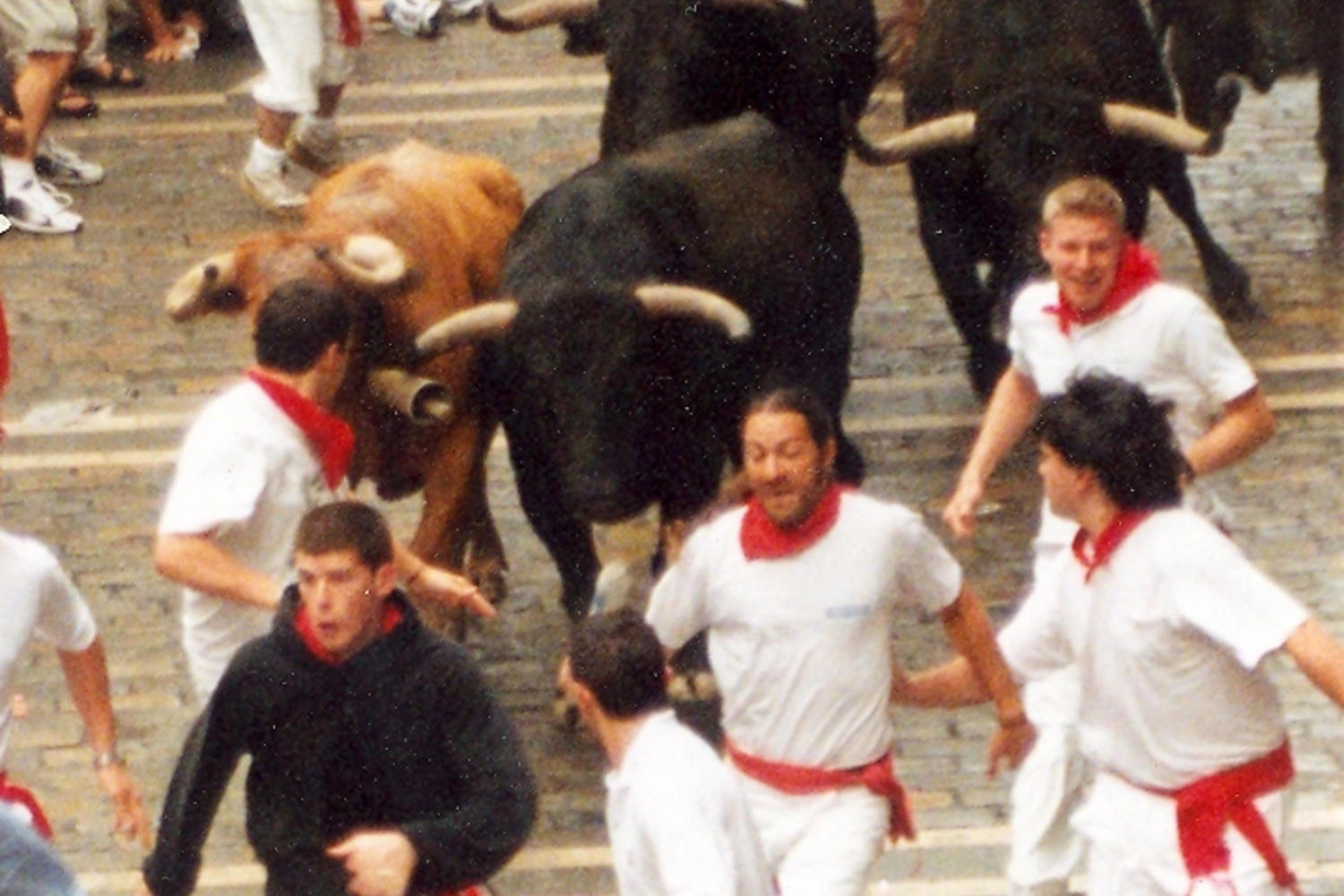 Me in my bull running days

Little-by-little though, this intimate relationship would begin to change. As the bull run began to be transmitted on television, awareness of the spectacle spread and people from every corner of the world came to Pamplona. They started to run and something personal became a show for the masses.

Nowadays, around 2,000 people take part at the weekends, a touch fewer during the week. Only an estimated 15% of them are from Pamplona, 45% are from Spain and the remaining 40% are foreign visitors. The encierro - the Running of the Bulls – is no longer the same rite of passage that it was for me and the generations who preceded and followed me.

A brief intro to the origins of the Pamplona Bull Run

The first written documents about Pamplona and celebrations related to bulls are from 1385. In this age, the bulls were transported by men on horses from the far away areas in which they were raised. This took an extremely long time. When they arrived, the bulls were kept in the care of their owners in the outskirts of the city."

On the day that they were needed, they had to arrive, via the narrow streets of Pamplona, to the central square. To avoid danger, they were moved along this route early in the morning, led by a jinete – the bull keeper mounted on a horse - and other cowherds. They were followed by some exhuberant young men and this was the origin of the Encierro de Pamplona – the now famous bull run. It wasn’t called as such though until much later, in the middle of the 19th century.

Towards the end of the 19th century, people ran behind the pack of bulls. It was around this time though that some of the butchers of the Santo Domingo market began to run in front of the bulls along the course of their journey. Although it had always been officially prohibited, this was allowed to happen. It wasn’t until 1887 that an official municipal announcement regulated to make the ‘race’ official.

Whilst the gaze of the world is on the bull run, assuming it to be the same deeply-rooted cultural event as always, there’s something just as authentic, happening largely out of sight in the backstreets. Something which remains very much for the locals. The sanfermines de la mañana takes place early in the morning, with most of the tourists and domestic visitors still asleep. Among the activities, the one which most stands out for me involves the giants and kilikis (the big-heads). 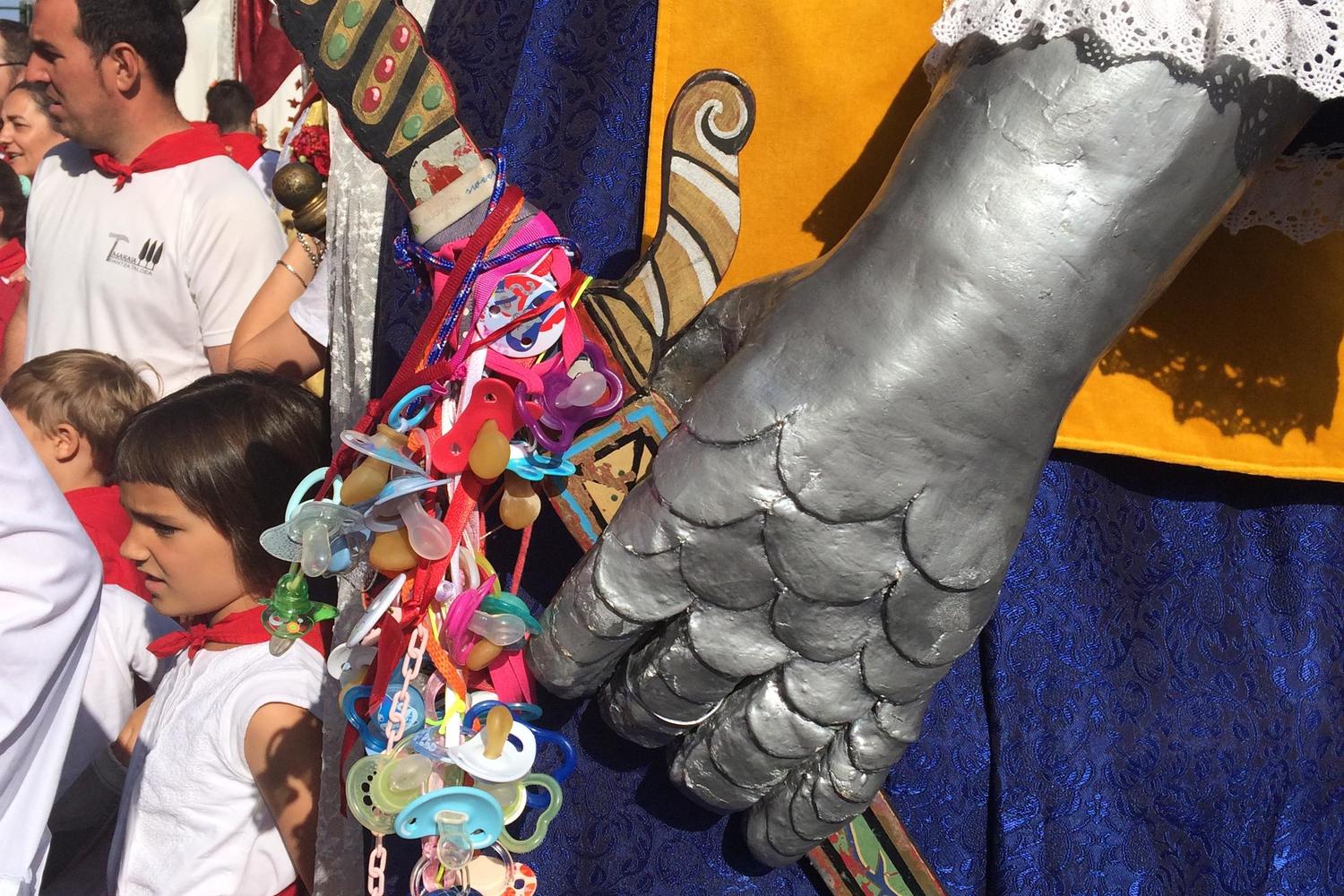 The giants dance to traditional folk melodies and the big heads, along with the zaldikos (part horse, part man), run behind the young children of Pamplona in the one part of the San Fermín festival that remains untouched in its traditional, centuries-old form. Running in front of these characters was what prepared young runners for the main event with the bulls in the years ahead. The great-great grandfathers of these youngsters would have done the same. And their great-great grandmothers would hang the erstwhile dummies of their children around the sword of the europeo giant when they didn’t need them anymore, in exactly the same way as their descendants do now.

It was once a smaller version of me running in front of the big heads, preparing me for the bull runs that lay in my future. These days, the vast majority of these children will never run with the bulls. But I take personal pride in sharing this highly visual remaining tradition with Pura’s clients, before we watch the main event from up high. Only by seeing this, and by hearing personal stories like mine, can you truly understand what the encierro was and what it has become today.

If you'd like to experience the 2020 San Fermín festival in our company, please do get in touch to share your plans. There are some itineraries below that you could combine with a short stay in Pamplona.

Our Basque Country holidays   Get in touch   Subscribe to The Pothole