Sailing the Douro with Paulo 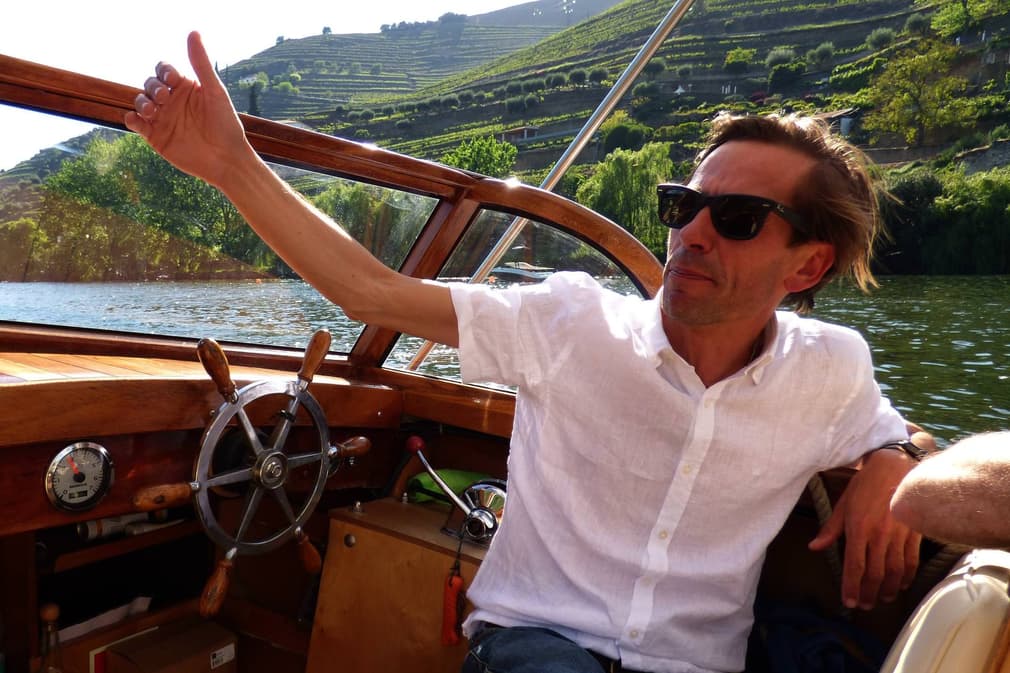 A few years ago, while exploring the Douro Valley, we happened upon Paulo Mesquita Guimaraes, who gave us a tour aboard his small boat along the Douro and to his parents’ historic Quinta - a rural estate and winery nestled in the hills.

Since then we've been working together very closely, happily introducing him to our guests and providing access to his family winery, which is not open to the public. He is exactly the kind of local character who makes our trips to Portugal so personal and so much more textured. So we thought it was about time we introduced him to our Pothole readers. 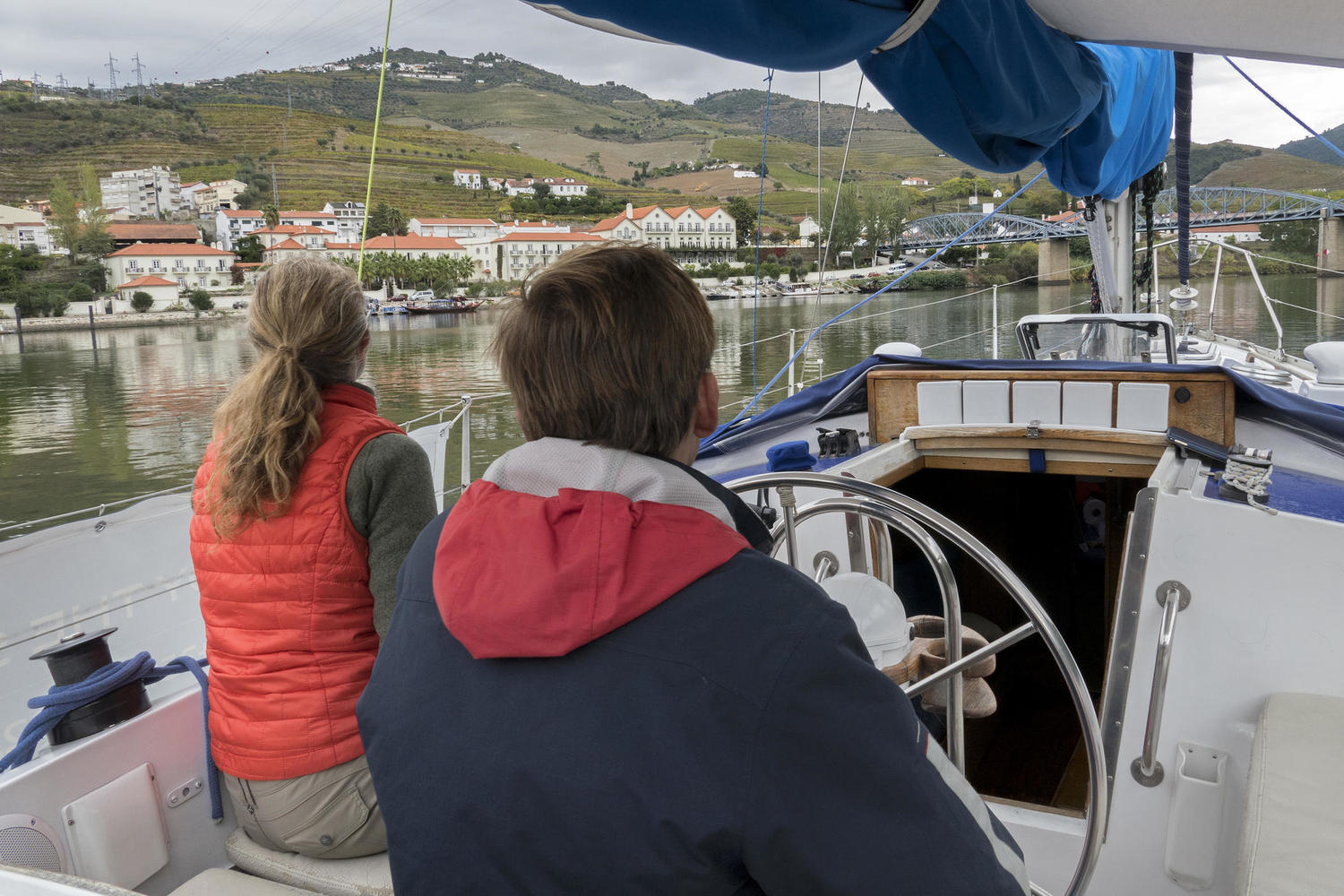 Joining Paulo for a personal tour along the Douro

During his childhood, the Douro was somewhere Paulo would visit frequently. But it was only much later, once he reached his thirties, that he really fell in love with the region and decided to move to Porto. Every single weekend he would come to his parents' newly acquired Quinta to enjoy the slow pace of life, drink some wine and enjoy the view over the peaceful Douro river.

Later he would find a devotion for sailing and would go on to buy his own boat so that he could sail the river by himself. After many years of sailing alone, then with his wife, and now with his kids, sailing holds a special place in his heart.

As time went on, Paulo decided he wanted to share his passion and experience with others. So that’s when he decided to launch boat trips along the Douro, giving his guests the benefit of his personal perspective, receiving visitors as if they were friends coming to spend a few hours or a day with him.

With the help of his parents, he also started providing wine tastings and leading guided tours at the family-owned Quinta, which produces the Douro's most characteristic grape varieties: Donzelinho tinto, Rufete, Souzão, Arinto, Códega do Larinho, Gouveio, Moscatel de Setúbal, and more.

Quinta dos Poços is one of the oldest wineries in the region (1711). Its name comes from the multiple water springs that sprout from its soil when the rainfall in the region is intense - in Portuguese ‘poços’ means wells.

Today, the 25-hectare property is a conjunct of three farms: the upper Poços, the lower Poços and the Liberatas. The main building, a typical rural manor house built in 1764, was set up just 8 years after the bordering of the Douro region from the Marques de Pombal. The troops of Napoleon were also stationed here during their first invasion in 1808, under the command of the General Loison. And a century ago it was the headquarters of the so-called the “Monarchy of the North” movement, which promoted the popular revolution against the new Republic, setup in 1910.

Most importantly though, Quinta dos Poços has become a project of love and passion. José and Manuela, Paulo’s parents, spent over two decades developing the business and establishing a winery with a deep social and environment responsibility. This is in fact one of the few Quintas that has resident workers living in the farm all year round.

Far from being a posh winery, Quinta dos Poços is much more a sanctuary with a simple, relaxed atmsophere in which you get a real sense of the dedication, care and passion in everything they do. The intimate and personal experience you enjoy here is probably unrivalled with any other Quinta in the region. Visits here are not refined for tourism.

This is a family farm where Paulo is the only one allowed to show you around. Where you see how José and Manuela, both 82, work on the selection table, separating the good from the bad grapes. Where you share a typical Portuguese lunch with the owners and gain a genuine insight into what life is like in the Douro. You're invited to sample your host's wine - and even perhaps a glass of Port, which is produced for their own consumption - while he shares his passion for the region and for the river.

And then there are the breathtaking views over Douro Valley, of course.

If you'd like to visit the Quinta - and autumn is a great time to do so - then take a look at our Portugal Explorer trip for an idea of what your trip might look like and share your travel plans with us so that we can tailor a trip just for you. 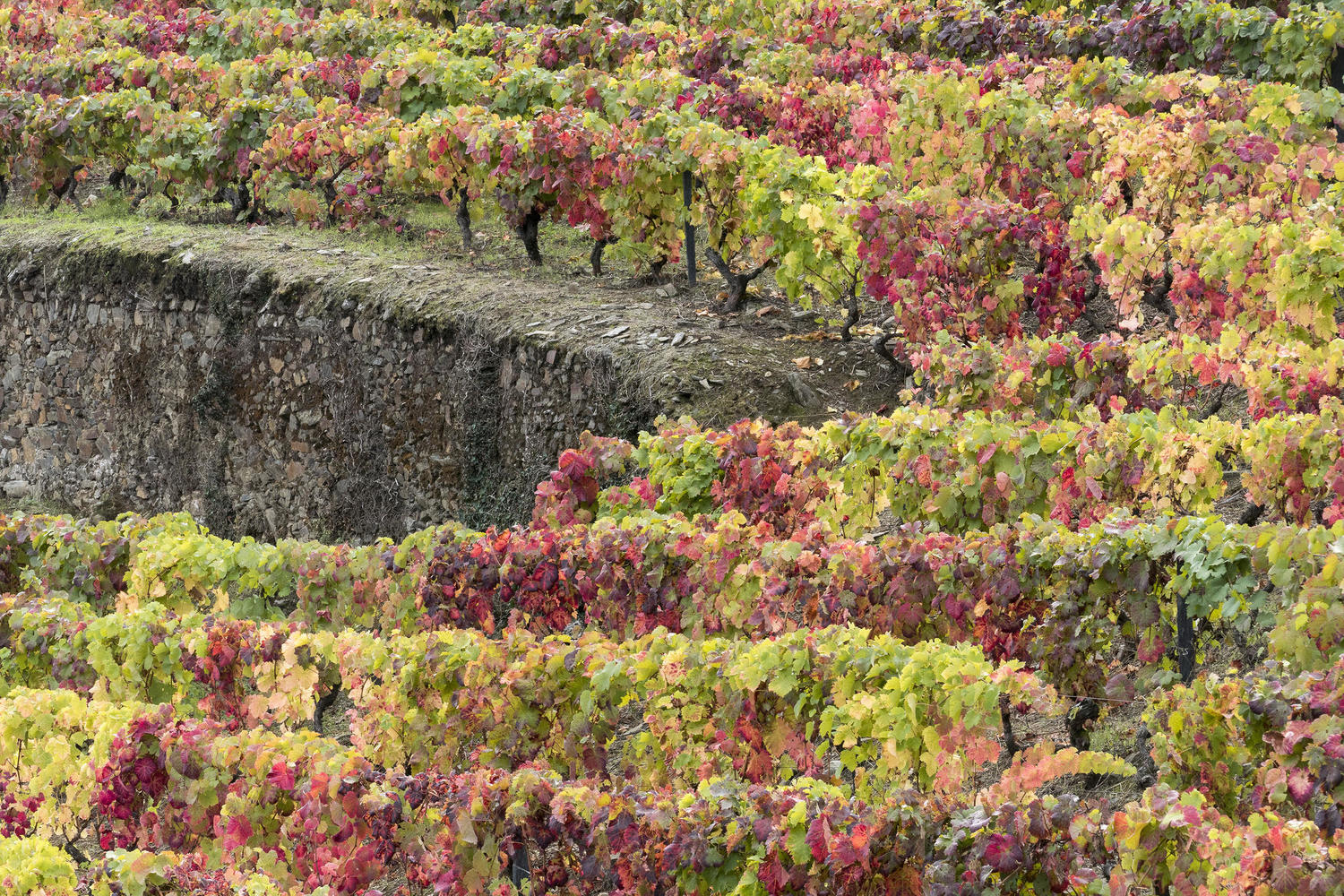 Autumn colours in the terraced vineyards of the Douro