The origins of the first circumnavigation of the globe: power and geographical mistakes 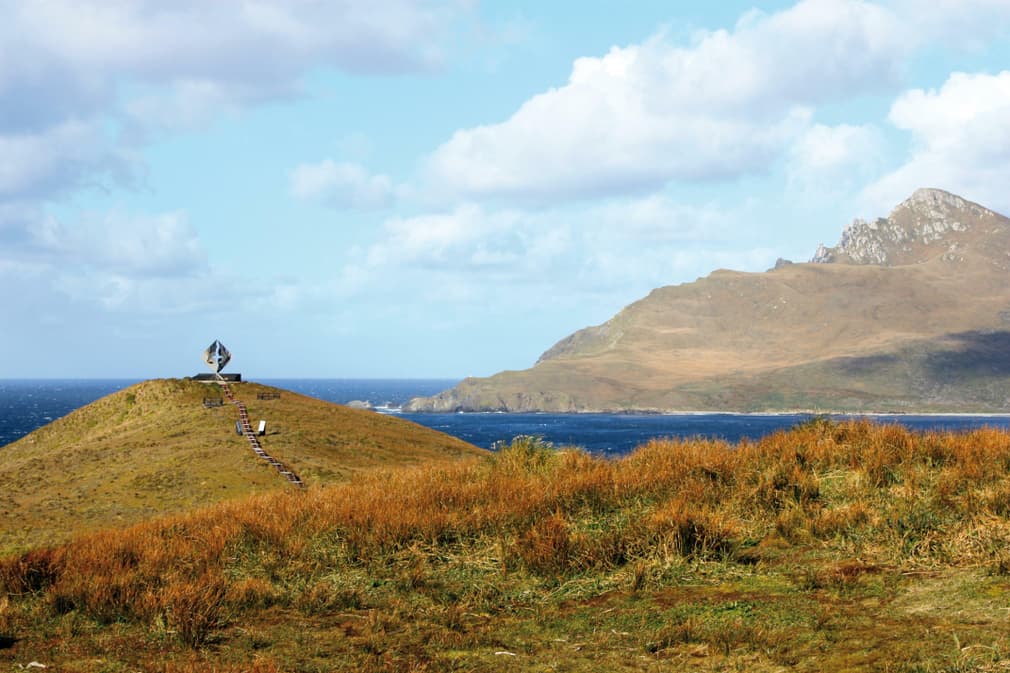 With the celebration of the 500 years of the departure of the first circumnavigation of the globe, the press in the Iberian Peninsula has fueled yet another competition between Spain and Portugal.

In one side, Portugal asked UNESCO to grant world heritage status to what it calls 'the Magellan route', and in the other side, Spain claims the circumnavigation in the name of the Catholic kings and Basque sailor - Juan Sebastián Elcano.

Whilst the first trip around the globe could be an appealing idea for any 21st century traveller, the historical events had more to do with money, power, luck, geographical assumptions ...and many miscalculations. To get a better picture of the story, here is a recap of what happened behind the scenes, prior to 1519...

We could start the story in 1479 when the Kingdoms of Portugal and the Kingdom of Castile and Aragon signed an agreement to organise their expansion towards Africa and the Atlantic, granting the Canary Islands to Castile and anything south of them and along the African coast to the Portuguese, who had already opened the commercial line around the Cape of Good Hope and towards the wealth of the Far East Species.

When a few years later Columbus, sponsored by the Catholic Kings, unexpectedly found the American continent it was only a surprise in the middle of the ocean and a pothole on the race to the Indies and the wealth of the exotic species.

At first, Portugal claimed their right to the new lands, but Castile argued that Columbus had sailed west and not south of the Canary Islands. The argument was settled with divine intervention in the form of the Pope Alejandro VI, who apparently owed some favours to the Catholic Kings and declared the limit of Portuguese claims 100 leagues West of the Azores.

Portugal's complaints led to the signature of a new treaty in 1494 between the two super powers, agreeing to move the line from 100 leagues to 350 leagues west of Green Cape Islands as the limit from where Castilians could claim the new lands...

Some historians claim that after Columbus stopped in Lisbon on his return from America in 1493 and informed the king of his discovery, the Portuguese had set sail West to see what was at stake, and that they knew Brazil was there. Hence their desire to push the line further west at the time of the Tordesillas* treaty.

*Curious to think that in the little town of Tordesillas, in the dry northern plateau near Valladolid, a treaty that marked the destiny of a large portion of the oceans of the globe was signed.

It's worth highlighting at this point that from the beginning, the conflict was fueled by a matter of science - or rather the lack of it - as it was the uncertainties about the real size of the globe that led Columbus to think that he would find the Eastern Coast of Asia much closer to Europe.

At the time, sailors like Columbus were taking Ptolemais calculations to define the size of the globe: roughly 28.000 km of circumference and therefore over 11.000 km short - approximately the distance between America and the coasts of Asia. Only if they would have listened to Eratosthenes …who had already given the right size of the globe 15 centuries earlier.

Switching from 100 to 350 leagues to define the western border was such an important matter for the Portugueses. But the new dividing line based on leagues was soon a source of trouble too due to the undefinition of its beautiful definition: the distance that a man on foot or horse could cover in one hour. You can easily guess how this could be interpreted in different ways.

And it didn't stopped there. Later, when they tried to correlate the 350 leagues line to a meridian degree there was again all sort of interpretations. Given the lack of knowledge on the total size of the circumference it was difficult to agree on the distance between each of its meridian degrees, with differences running from 14 to 25 leagues per degree.

So at the time of the Tordesillas Treaty a joint Portuguese-Castilian expedition was announced to define the exact position of the agreed border. What an expedition that would have been …if it had ever taken place. Especially since the problem became even larger once they realised that they also had to establish the border between the two empires on the other side of the sphere.

The Tordesillas Treaty border was conceived as a half meridian running from Pole to Pole across the Atlantic, pushing the Castilians far West …but there was no agreed limit on how far West they could go and that meant that the Far West became the Far East, and that was where the wealth was at the time with the species trade.

An Easter limit had to be agreed, mainly to define the ownership of the Moluccas Islands, also known as Species Islands, home to the valuable nutmeg, mace and cloves.

And therefore, this was the actual motivation behind the 1519 Magellan expedition that proved that the Moluccas Islands were in the Portuguese half of the world and ended up being the first circumnavigation of the globe; a 3-year trip of a Portuguese sailor paid by the Spanish kings that proved to be full of potholes - a fascinating trip worthy another chapter.

The Easter border between the Castilian and Portuguese empires was finally established in 1529 at 300 leagues East of the Moluccas by a treaty signed in Zaragoza - funnily enough another dry, continental Spanish city with no connection with the oceanic enterprises...

Over the coming three years, the two countries are staging dozens of events, some of them jointly, to commemorate the anniversary of the circumnavigation. So if you ever want to plan a trip to the Iberian Peninsula (or Latin America), our Destinations Specialists will be very happy to help!