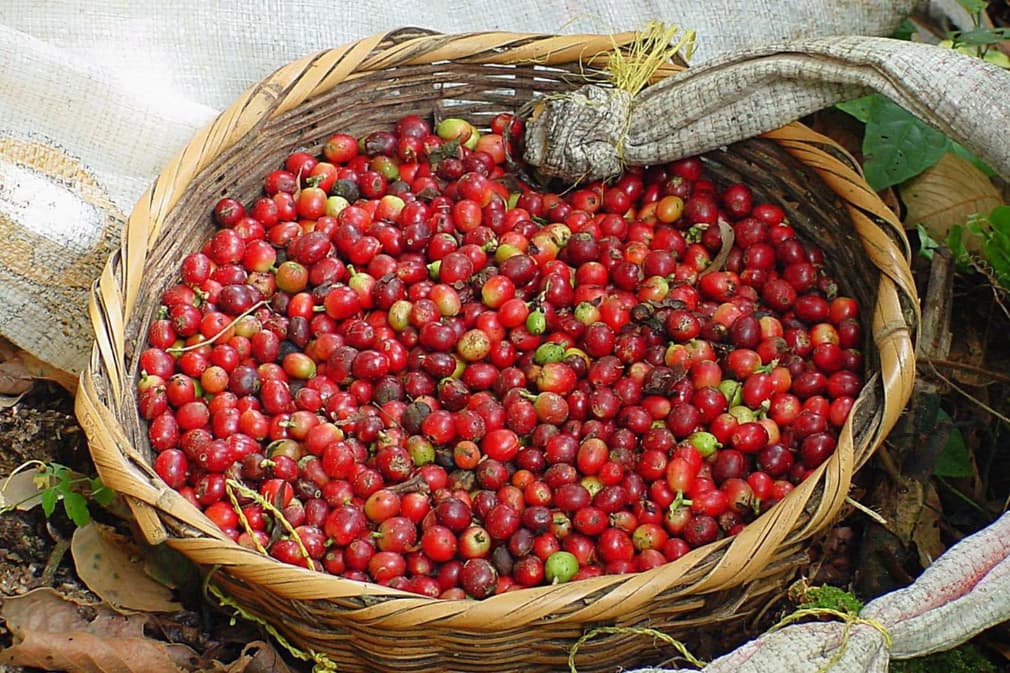 As the other people at Pura know, I am quite partial to the occasional cup of coffee. I really enjoyed therefore visiting the Doka Estate, one of Costa Rica's finest producers, and getting a 'seed to cup' tour.

Some facts and figures on what goes into the production of this, the world's second most consumed beverage. Costa Rica is not one of the world's major players in quantity, at just 4% of the global output, but its quality, at least for the 90% which is exported, is most certainly assured. Sold to buyers around the world, including Starbucks, every Costa Rican bean is both 100% arabica, and 100% hand picked. Although output is small, this tiny country possesses a wide variety of the four key aspects of coffee growing: altitude, temperature, rainfall and soil acidity. Apparently volcanoes make for some great coffee plants and Costa Rica has a lot of volcanoes!

The stats on the picking are staggering. 95% of the pickers are migrant workers, the vast majority being Nicaraguan, with a tenth from Panama, and just 5% domestic. Each picker wears a basket, a canasto, around their waist. Each canasta can carry 12kg of beans for which a picker earns $2. Hardly a king's ransom but do consider that a good picker can fill fourteen to sixteen baskets a day, and will work 7 day weeks during the four months of picking season, it adds up to somewhere around $900 a month. Though backbreaking, this work would make a migrant worker enough money to get through the rest of the year up in Nicaragua. The sums don't work anywhere near as well in the more expensive land of Costa Rica.

But back to the actual process. The pickers take their baskets to the measuring device, the cajuela, to mark their allotted totals. 25 cajuelas go into one fanega, which is then dumped into a large vat of water to be separated according to density. If it floats, it's not a good 'un.

The least dense are the lowest quality, and are siphoned off to be relegated to the ignominy of instant. Those that sink to the bottom are the real deal, destined for cafetieres and espresso machines.These beans are siphoned off to then be separated by size (it does matter, and the bigger the better), before the drying can begin. At this stage, 2 of the 4 layers around the bean (the pulp and the slime) have been removed.

For drying, we have three options, sun, machine, or combo. Traditional sun drying is the best, as it leaves the most oils within the bean. It's laborious though (like much of the process) and involves walking up and down every 45 minutes flipping the beans with a three-pronged broom. When they are finally dry, they're bagged up for shipping - everyone buys the beans dry, then roasts them in situ according to their own taste.

Coffee companies want to purchase the coffee as close as possible to the raw material, the labour intensive parts of the process already done. The real margin is in the roasting, grinding and packaging of the coffee. Bear in mind that in the UK we currently pay around $22 per kilo for a ground roasted coffee from Costa Rica. For that same amount you can pay picker to pick 132kg of raw beans. Clearly there is wastage and there are costs associated with the growing of the bean but it's not hard to see that there's huge money to be made in the processing of these small beans.

An interesting twist on this value adding in the production is decaf. Although many people drink coffee at least in part for its energising effect, there are a few who want the taste without the added kick to their nervous system. For these people, they have created decaffeinated coffee. The funny thing with coffee from the Doka Estate is that in order to offer decaffeinated coffee beans to, for example, the U.S., the beans are shipped to Germany. Here the caffeine content is reduced to 0.01%, and the beans shipped back to Costa Rica to be sold on.

The Germans pay all the shipping and production costs, they essentially borrow the beans. Why? Because they can then sell the caffeine to the likes of Coca Cola Germany and the pharmaceutical companies who slip it into, among other things, their pain relief medication.

So there you have it, the life of a Costa Rican coffee bean in a few hundred words.

If that's got your tastebuds tingling for a cup of coffee, you might like to know where to go for the best cup of Costa Rican brew....Well, it's not Costa Rica, all the good stuff is exported. It's the same across Central America, most of the time when you ask for a coffee you are presented with a jar of instant powder. So, for the best Costa Rican coffee, try Starbucks or grab some beans from your local supermarket....now where's my Gaggia?