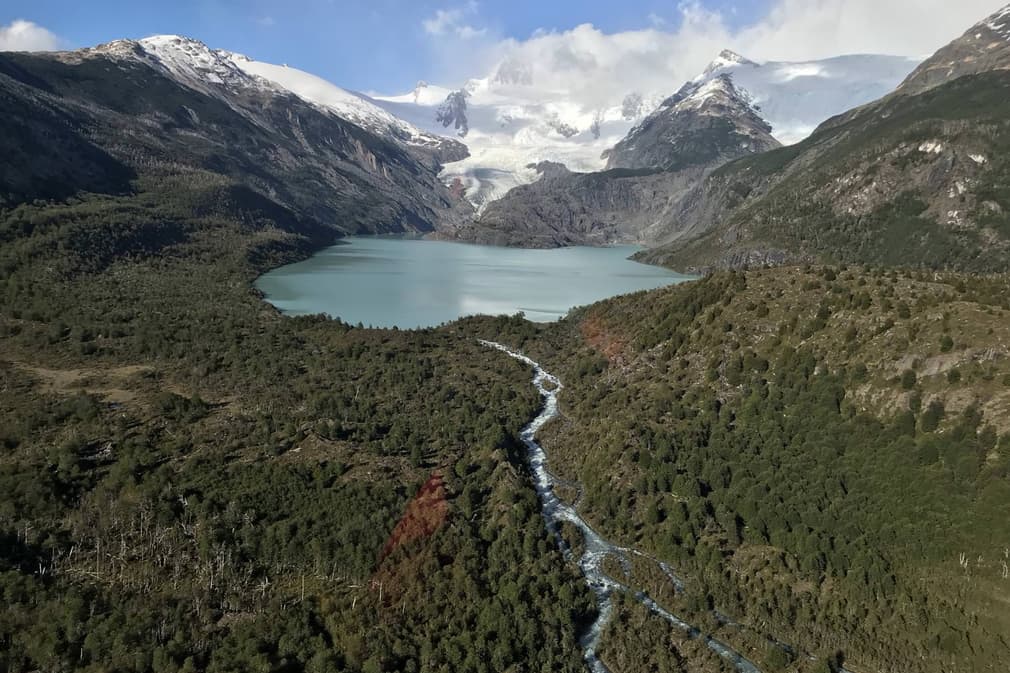 We couldn’t get over the similarities between Scotland and Patagonia. The beautiful wide blue skies, the white capped mountains and green fringe of trees in almost every view. It’s just the scale that’s slightly different. The most common description we heard, not just from the few other Scots that we strangely met along the way but also from many locals, was “It’s like Scotland… but on Steroids!”

One of our biggest delights was finding how helpful and happy the local folk we spoke to were. The underlying sense of humour and droll acceptance of their beautiful but harsh surroundings coloured many of our conversations, carried out with the help of a trusty wee Spanish dictionary and, occasionally, good old Google translate. The language difference daunted neither us, nor the Chileans. A lasting memory for me was eating a huge slice of lemon pie and “chatting” with the old man who ran the café, whilst his wife knitted another beautiful and bright hat to sell.

We made a mammoth effort to ensure that we tried all the local delicacies of Patagonia – everything from Calafate sour (so much nicer than a pisco sour) to the different cakes that were served most mornings with breakfast. There was one homemade cake in Cochrane that looked like a baked and caramelised custard cut into small pieces that tasted exquisite. It was so moreish we were almost surprised to find that we had eaten the whole serving. 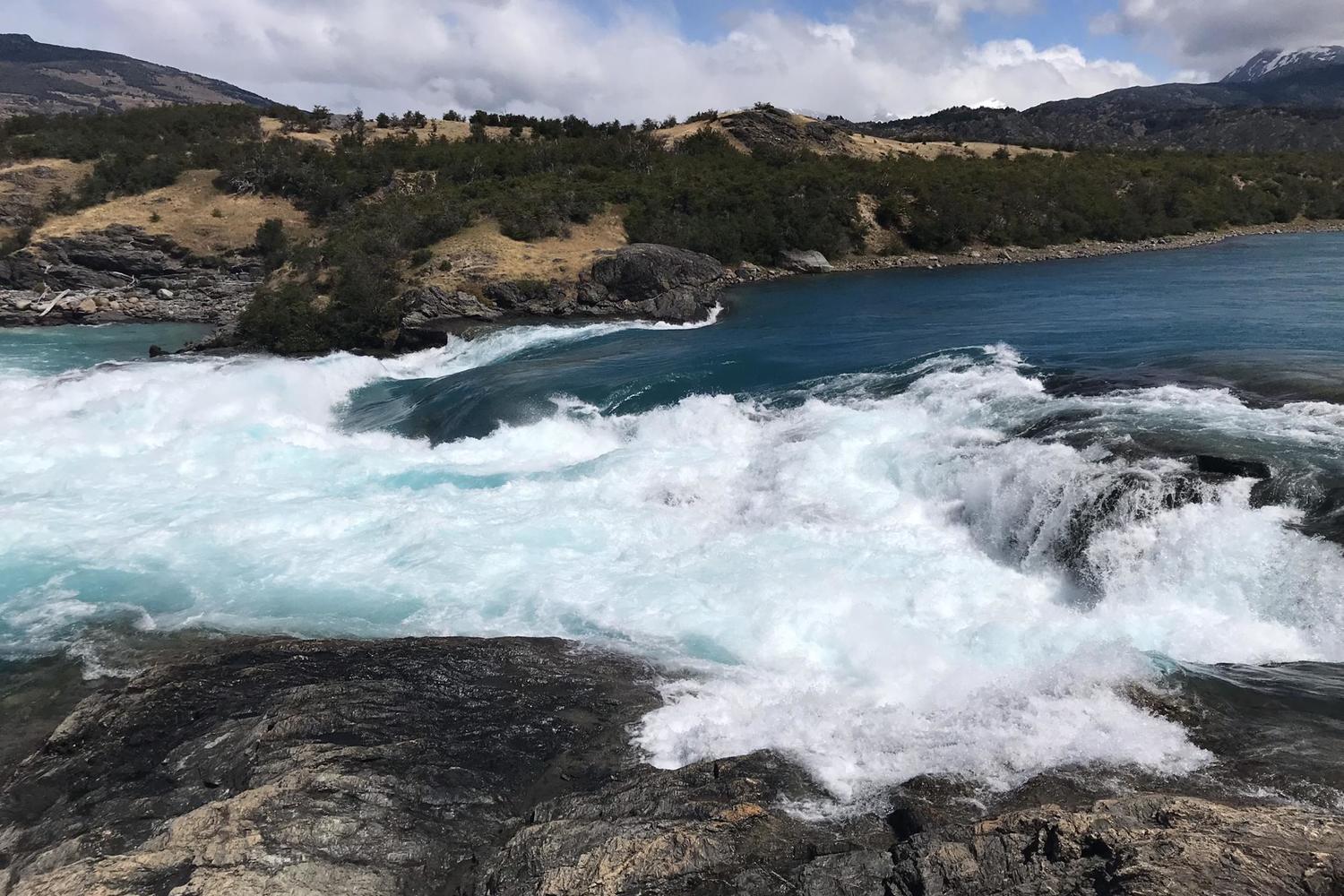 We were treated to a guided tour of the local Park Patagonia by a charming guide, who had ‘insider knowledge’ of the area, having been a ranger there previously. After what I would class as a nice, wee stroll of 20km (and my daughter would class as her last walk on earth!) around the park, in the beautiful sunshine watching condors and seeing some of the wonderful flora and fauna Patagonia had to offer, we had built up a good appetite. We headed back to our accommodation and asked our hosts for their recommendation of somewhere to eat. Where they recommended could not have been better! Surrounded by locals, and even the family of the owners all enjoying their meals, we had the best steak either of us has ever had – even being spoiled with Scotch beef back home, we couldn’t fault the taste nor the melt in the mouth texture of the steaks we were served.

"Would we go back to Chile? At the drop of a hat - if only to retrieve the wee pieces of our hearts that we left behind."

Our early morning start and drive out to see the condors was a completely surreal experience. To be within metres of these magnificent birds as they roosted made every moment of the 5am start worthwhile. With the translation skills of the guide, Nico, and the experience of Alejandro we learned so much about condors and their habits. It was an incredible opportunity to meet a bird that could live for as long as a human and was intelligent enough to know how to test a thermal before it tipped off the roosting ledge (they throw a wee feather from under their wing into the air to see if it rises – who knew!).

The driving on the Carretera Austral was an experience that added some ‘friction’ to the holiday – but apart from one accusation of trying to access the inheritance early (which was a complete over reaction as opposed to being something to actually worry about!) it all added to the uniqueness of our trip. We did eventually become confident enough to stop for hitchhikers and were fortunate enough to meet a lovely couple of young students down from Santiago, hitching around Patagonia.

They came with us into one of the national parks and were such good company that they ended up walking one of the trek routes with us. 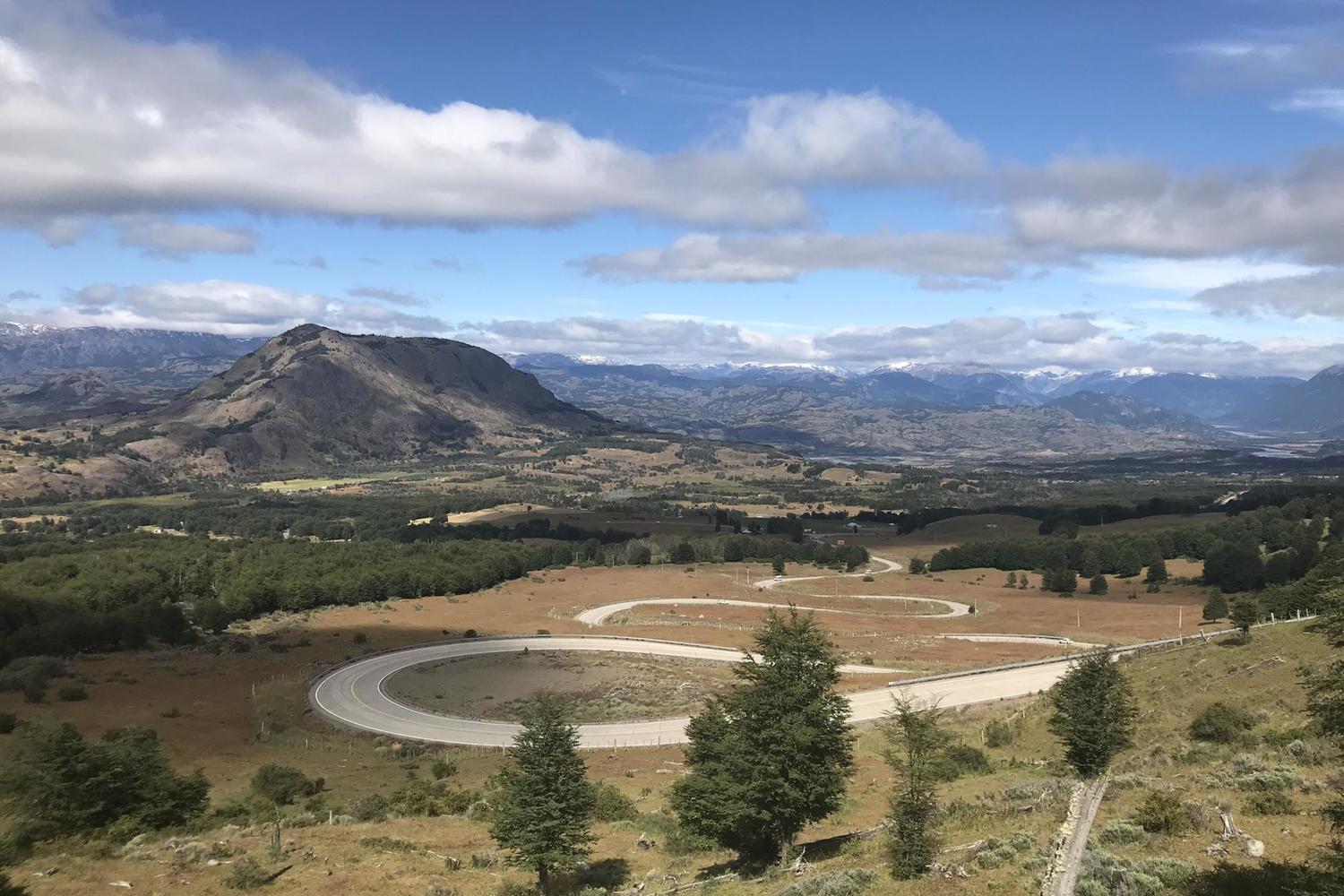 We visited glaciers, took a RIB up river and back across the less than flat lake, went horse riding, had a trip in a helicopter and visited huge fields of fossils. We never, ever felt anything but connected to the country we were in. We were even lucky enough to manage to spot the ever shy, and well hidden, Hummel Deer on our last day of driving. It was almost as though they knew that sighting them would just add that little extra something to our trip. Just as we are proud Scots so, the Chileans we met were proud of their country. And so they should be.

Would we go back? Hell yeah, at the drop of a hat – if only to retrieve the wee pieces of our hearts that we left behind.

If you'd like to see how Chilean Patagonia measures up to your local area, drop us a line to start planning your own Carretera adventure. A browse of our itineraries is naturally a good place to start.

10 things I did for the first time in Chile