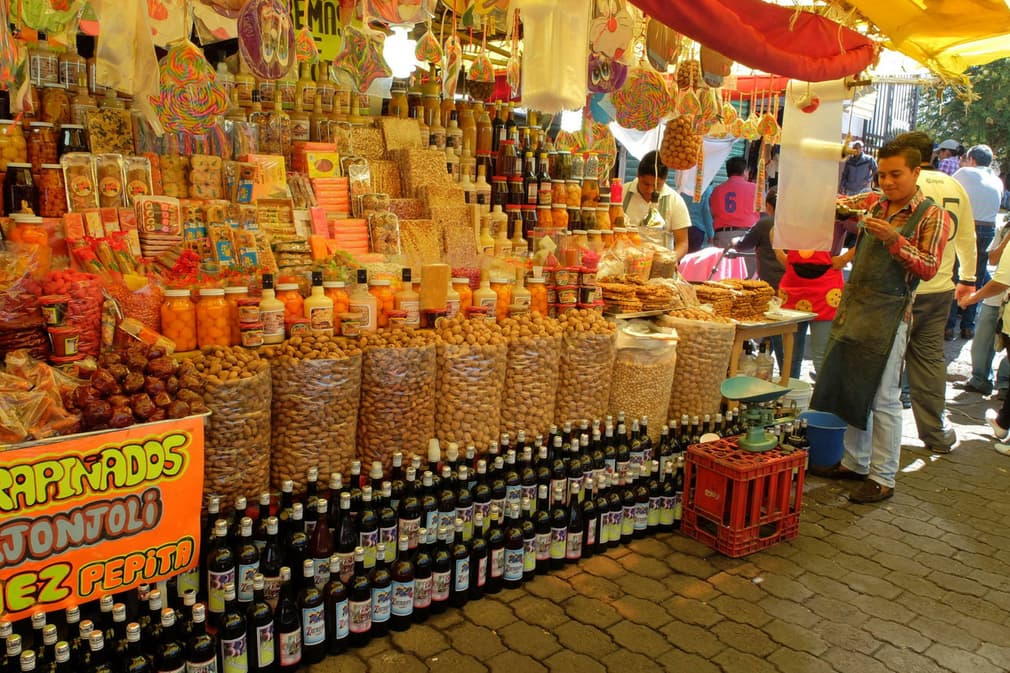 There are many chocolate festivals around the world, but none deserves mention more than Quito’s. The event was first ‘borrowed’ from France about 20 years ago with the growing interest in the origin/terroir of the cacao, hence the name. Each May, about 15,000 visitors come to enjoy exclusive chocolate tastings from Ecuadorean producers (both large and small) at this mouth-watering event. The climax occurs on the final day when the winners of the various awards are announced, including everybody's favourite, the chocolate sculpture competition. Who doesn’t love a chocolate sculpture?

Somewhat related to chocolate, one of Mexico’s most popular foodie events is the National Mole Fair dedicated to the richly spiced chocolate based paste. Held each October in the village of San Pedro Actópan, an area to the south of Mexico City, the village has a strong indigenous community and beautiful surroundings. The festival attracts both locals and foodies from all over the world. You’ll find stands selling mole paste line the streets and restaurants offering a variety of mole-based dishes.

One of the most striking things about visiting Costa Rica is the enormous plate of colourful fruit which is invariably delivered to your table, along with coffee, each morning. Fruit is very much a part of people’s day to day lives here. Every year in March, the central Pacific town of Orotina hosts the National Fruit Festival. Known as the ‘City of Fruits’, Orotina sits in a fertile region that yields much of Costa Rica’s fresh produce. The annual festival honours the town’s heritage and celebrates its agricultural traditions. It attracts visitors from around the country, inviting them to enjoy open-air fruit markets, parties, a horse parade and other festivities.

In Colombia, they leave it to the professionals. Held every year in August in Bogotá, the Alimentarte Food Festival brings together bout 200 restaurants from around the country as well as renowned chefs from around the world to give foodies the chance to discover the latest gourmet trends. This one is for grown-up foodies.

Given that Peru has been one of the world food hotspots for a good few years now, it should come as no surprise that Lima is home to the largest food festival in South America. Held in Lima over 10-days, it attracts around 400,000 visitors. People come to sample the incredible food which is created with the fusion of ingredients from Peru’s three great food zones: Pacific coast, high Andes & the Amazon. People stay for the Hall of Pisco, where many variations of the iconic Pisco Sour lie in wait to trap the unwary. This explains why the Pisco hall is always the busiest…

Not to be left out, Bolivia also joins in the gastronomic fun with a good-sized gastronomy fair in La Paz. Being a bit further off the beaten track, things can be quite unusual at this one, from delicious artisan Amazonian fruit ice creams to perhaps less immediately appealing lizard meat from the Altiplano. Taking place in October, the festival actually emphasises the connection between food and traditional cultures, bringing together suppliers, growers, and chefs from across the country in a bid to unite Bolivia’s rich culinary diversity and generate pride in the country’s traditional cuisine.

Typically held from March to April, Chile’s wine harvest festivities are surprisingly strong on folklore, notably the Cueca dance. However, when push comes to shove, it’s music, food and wine which take centre stage so Baccus would be happy. Most towns in the wine regions celebrate their own harvest, given that this covers an area from north of Santiago down south as far as Maule, it’s a pretty large target for you to hit if you’re in the region during that period. The most famous festivals and arguably the one with the best wines, is that of Santa Cruz in the Colchagua Valley about three hours south of Santiago, generally this one happens in the first few days of March.

There are obviously hundreds of food festivals in a country as large as Brazil but this one is country-wide. Each year, thousands of restaurants throughout the country serve dishes that specifically represent their own local food traditions. Basically, every restaurant creates a new dish of local origin that becomes the specialty of the house. Brasil Sabor takes place over several weeks in May and each year is based on a different theme. If you are in Brazil during May, keep your eyes peeled as this is one which means you really can take part as you travel around the country.

Latin America’s second most famous Oktoberfest takes place in Villa General Belgrano every year in October (when else?). Dating back to 1964, the festival now welcomes more than 100,000 people. Each day starts with a beautiful parade on the main street, then folk costumes, and dancing. On the menu: apple strudel, spätzle, traditional Argentinian food and of course local brews. Thankfully, the trend for micro-breweries means that there are some fantastic beers to be enjoyed though getting through a stein of IPA can be a challenge for even the most dedicated.

For those of you wanting to dabble in Latin American food festivals or for anyone who gets withdrawal symptoms from the real thing, you can get a fix of Latin American food at comidafest.com  Held in various parts of London during the summer months, it is basically a themed street food market but the quality is very good.