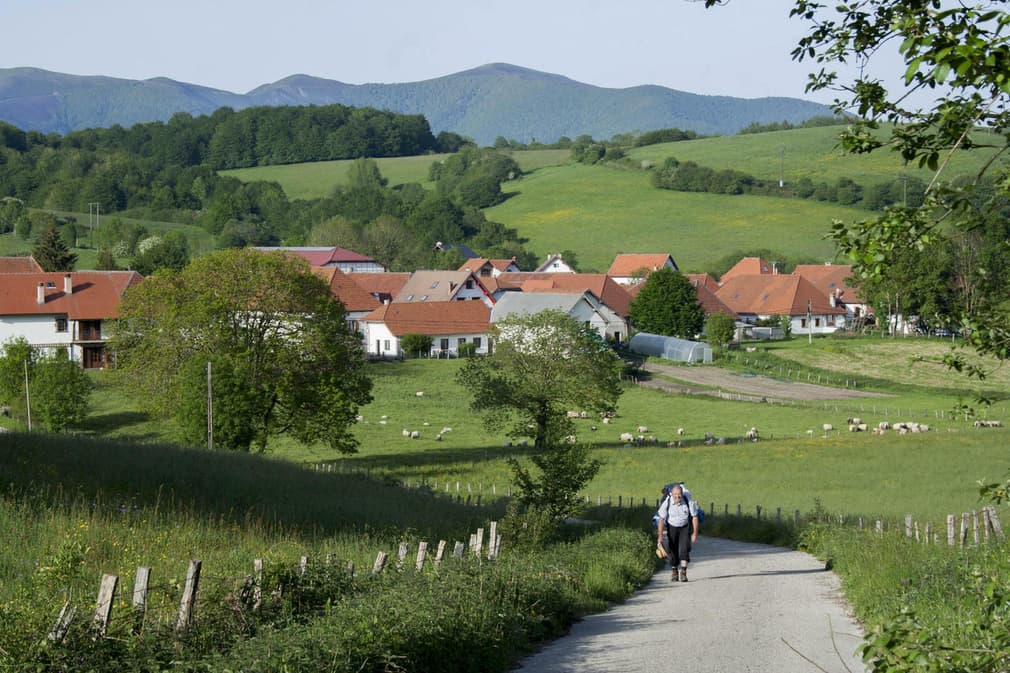 A 1,200-year old European pilgrimage route is experiencing a revival lately. Last year alone, more than 230,000 followed in the footsteps of their medieval forebears along the 'Camino de Santiago' (Way of St. James).

For centuries, pilgrims crossed Europe into Spain on various major routes, depending on whether they were coming from the north, east or south. In fact, any path to Santiago de Compostela is a pilgrim's path (each year thousands of pilgrims begin the route directly from their front doorsteps). But the major routes today derive from the 12th century Codex Calixtinus (Book of Saint James), which included descriptions and itineraries to the cathedral of Santiago, from the main starting points.

These pilgrim pathways spread language, art, architecture, cuisine, ideas and all manner of learning both into Spain and from Spain out into northern Europe. Lest we forget that culturally, Moorish Spain was shining a good deal more brightly a thousand years ago than were the countries of northern Europe.

The pilgrimage should therefore be seen as part of a great cultural push by Christian northern Europe to overcome the Muslim south. In fact, it was the abbey of Cluny, in Paris, was the real powerhouse behind the establishment of the pilgrimage. It's for this reason that the main, most 'official' start point of the Camino de Santiago is from the now rather decrepit Tour St Jacques in central Paris (just behind the Louvre museum).

It is from Cluny that the richest and most abundant songbooks emerged. The importance of songs in history is often forgotten, but really they were key forms of communication and dissemination of culture. At a time when there were no printing presses and most didn't know to read, songs where the best way to teach people: memorising information through chorus, rhymes, rhythm.

Priests knew this and took advantage of it to compose songbooks for pilgrims. These books were actually the first travel guides and formed a beautiful way of preaching whilst providing useful information about the Camino at the same time.

Given the strength of the Camino's appeal across Europe, songs were written in many languages including Galician, Portuguese, Castilian, Basque, Catalan, Italian, German, English but French dominates.

The song 'Quand nous partîmes de France en grand désir' from the 48-page book 'Les chansons des pèlerins de Saint Jacques' (17th century) for example narrates very specific information about the habits and customs of the villages along the Camino from Paris to Santiago. The song tells that in Bayonne pilgrims needed to exchange 'louis' for 'doubloons'; in Bizkaia (the Basque country) they bumped into a harsh and incomprehensible language; in San Adrian's pass they strengthened themselves with Champagne; in Vitoria they smelled wild thyme and lavender; in Leon lovely dressed women welcomed them; in Ribadeo the pilgrims are mistaken for vagabonds so they pretended to be Spaniards'

And the songs didn't stop in the middle Ages. Today, hundreds of works inspired from the Camino can still be listed. One of the most popular is Antonio Machado's famous poem written in the early 1900s. 'Caminante no hay camino' talks about the fields of Castile, while encouraging the traveller to go farther. But it also explores human destiny by using a metaphor.

Play the video above! Here are the chorus' lyrics:

Wanderer, it is your tracks

which are the road, and nothing else.

By walking, the road is made,

and when glancing back

you contemplate the trail

which you will trample no more.

only your wake on the sea.

While walking the Camino de Santiago was mainly a religious affair during the middle Ages, it has today become a cultural and social phenomenon that attracts the non-religious as well, in search of adventure or spiritual growth. Whether religious or not, pilgrims on the Camino tend to be seeking some simplicity, time to get to know themselves enjoy meeting others.