How are the Galapagos Islands formed? 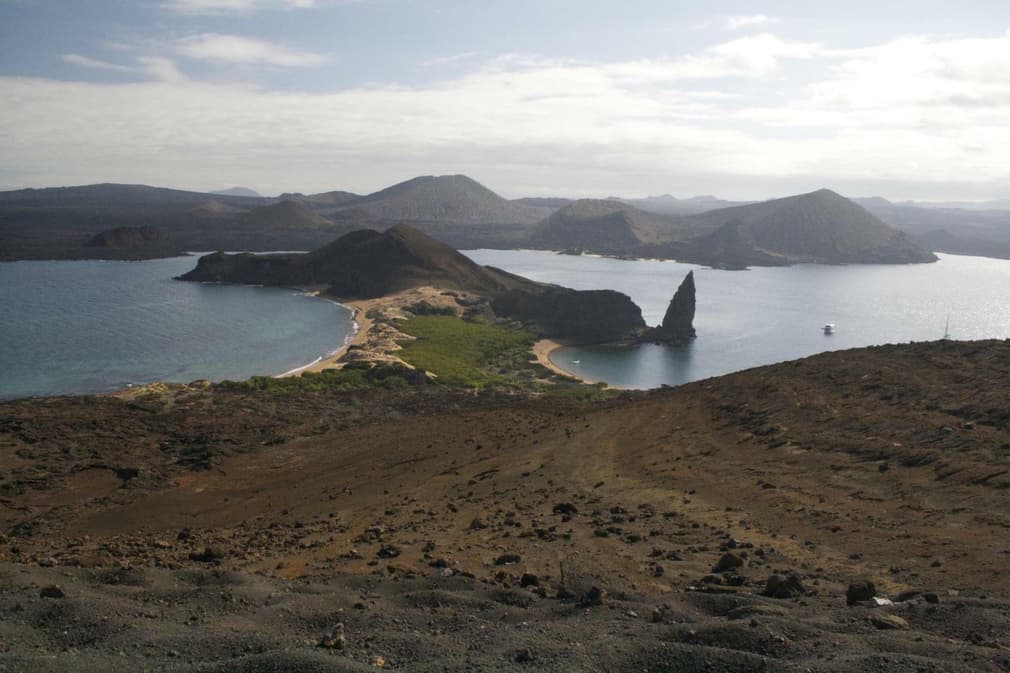 This is the first of my series of pieces about the Galapagos Islands. Here we start at the very beginning with the geology of the islands...

The Galapagos islands are really a series of volcanoes which have been formed by a single hot spot underneath Fernandina Island to the west of the archipelago.

That?s a fixed point in the earth?s mantle where magma spills out at the point where the Pacifica & Nazca plates meet. The Nazca plate then moves at 3 inches a year (give or take) steadily east towards the South American plate where it is subducted i.e. pushed down towards the earth?s core.

So as the Galapagos Islands are formed they then start to drift east and sink beneath the South American plate. There is a Galapagos micro-plate which probably explains why there isn?t a neat line of volcanoes but some randomness in there.

There are differing theories about the plate tectonics of this region (the newfangled Maurer ?continental force ? push? model or the Hess ?slab pull/ridge push? model) but I?m no geologist.

Think of a slow moving conveyor belt set up over the top of a hot spot which is spewing out magma. Islands are formed then they drift off to the east, next island please? Where the plates move at their predictable pace then you get larger volcanoes, where there are sudden violent shifts of plates you get new volcanoes forming.

What this means is that the geological timespan you experience on a Galapagos cruise holiday is significant, from the relatively very youthful Fernandina Island (600,000 years old), to the relatively ancient San Cristobal at somewhere around 10,000,000 years.

In fact Fernandina is still being formed this day as the volcano erupts and forms new lava fields out in the ocean. And even San Cristobal is a very youthful landmass by any measure of geological time.

In fact they reckon that the evolutionary changes that have happened in the islands indicate a longer time span than the islands can have existed. So we are probably looking at Galapagos II. Galapagos I will be under the ocean somewhere closer to the mainland.