Lockdown at Alentejo's pace: an inside view from Portugal I was invited to share with you a view of how it has been to live in my beloved Portugal during these unique times. Considering that we are in Europe it’s almost inevitable to speak also about how Europe has seen our reaction to covid-19, and is now seeing us…

The first cases diagnosed with COVID-19 in Portugal were reported on March 2nd 2020, by then the news about Italy and then the Spain situation was being broadcast daily. When on 19th of March our government declared the State of Emergency and “lock-down”, it was following a lot of pressure from the population to do so; parents had already started to not allowing their kids to go to school before that was decided by the government, some big corporations had already started teleworking.

So during the following weeks, the reports about the Portuguese “miracle” started to appear on the international press - how was it possible that tiny, poor Portugal, with the lowest ICU/ventilators per capita rate in the EU, had such a lower rate of deaths and that the health system had not collapsed? It had to be a miracle!

It was nothing like that - everybody was aware of our weakness, the general population knowing that it had simply reacted to fear, that big driver of change. The civil society worked together to defend and “close the gap” in terms of technology/equipment and human resources (lots of pro-bono working hours in many university labs that had equipment to do PCR tests for instance).

Yet here we are now, after three deconfinement phases, in the international press again, but for negative reasons: apparently now the infection rate is through the roof and we are a risk for the world!

So what has changed? The need for the economy to start running again, the social and cultural reality of the big metropolitan area of Lisbon showing us what this could have been if we were among the first countries to be hit by the pandemic rather than the last and, of course, the young ones being young and feeling that this is an old person’s disease, with the occasional examples of stupid behavior that exist everywhere...

So now we have a problem to solve localized around Lisbon, where two million people live. This has a big impact on the country's total numbers. Is it uncontrolled? No - the existing massive testing regime provides an analysis of the actual Covid-positive situation and about the 'as real as possible' number of positive cases per 100,000 population. This testing regime is one of the reasons for the very low rate of deaths per 100,000. But there’s no doubt that stronger actions have to be taken and unfortunately will be taken (probably a local lock-down of those parishes) locally. That’s living with the virus that is here (in Portugal and the World) to stay for and that doesn’t make us a risk for the world.

The impact of the pandemic was/is characterized by high territorial heterogeneity, both from the point of view of the cases recorded and from the point of view of socio-economic impact. I had the luck of being in Alentejo (where?? are you asking), that huge section of the country that is east and south of Lisbon and before reaching the Algarve (ahhh, that you know). The territory of open plains, cork trees, olive groves, vineyards, black pigs and sheep. 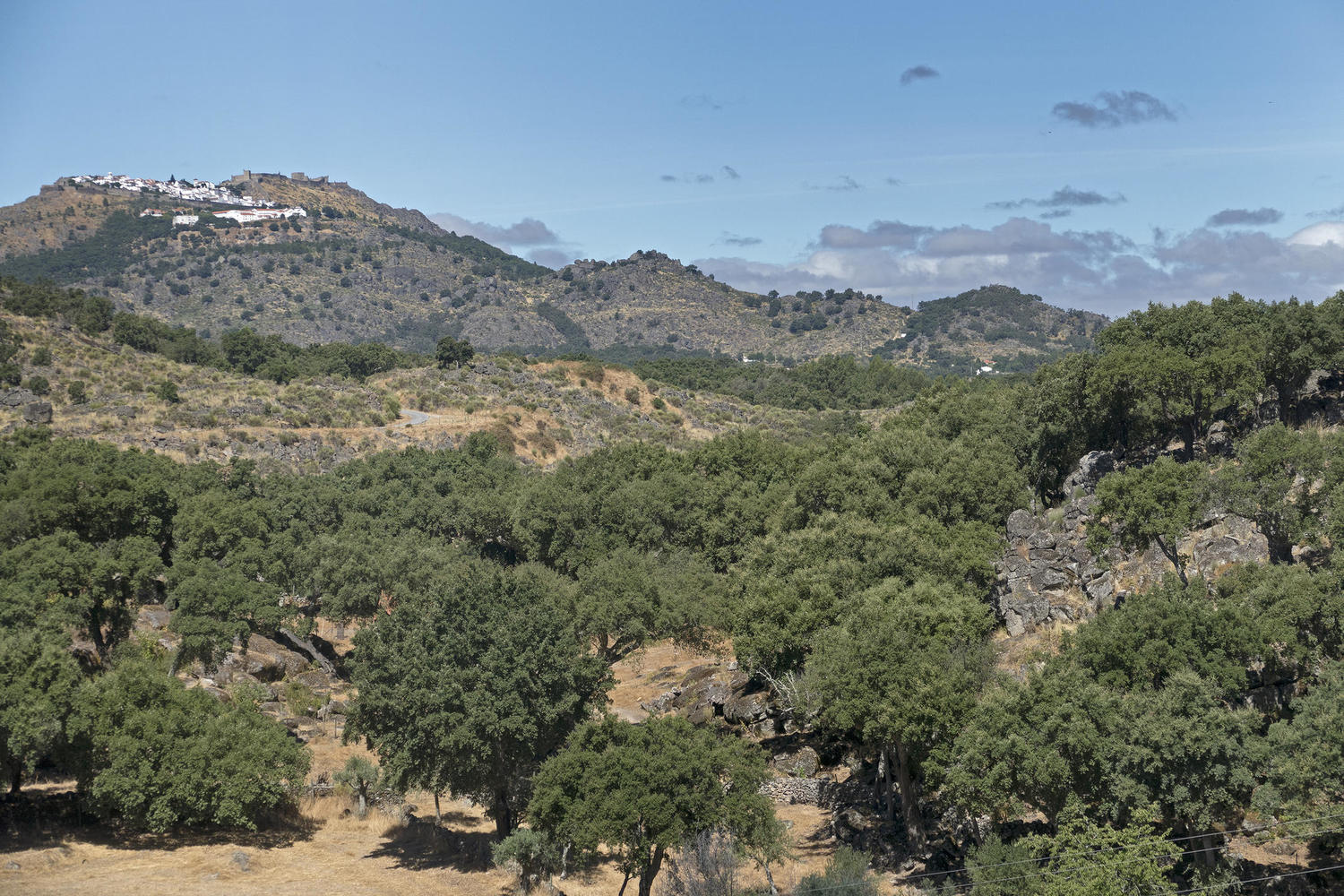 The slow pace of the region continued as slow as before - we had the spring, the bees, the orange tree flowers, the sun and the rain and for many weeks no virus... Yes, we were in lock-down like the rest of the country, but with the feeling that the only thing different was that restaurants and cafés wew closed and we should not go around by car to the next municipalities even for the views or to visit a friend. But even that was, in reality, still possible because the enforcement by the police was not even remotely similar to that of the heavily populated areas by the coast.

The virus did arrive, but also at an Alentejano pace, slowly and with no big fuss. They were mainly isolated cases and only this week an outbreak that touched a care home in a small town. But again, the fact that the next town is about 10/15 kms away and that the population doesn’t move around that much means that we're really living in a sort of voluntary self-isolation. The region has about half-million inhabitants and till now 3 deaths. 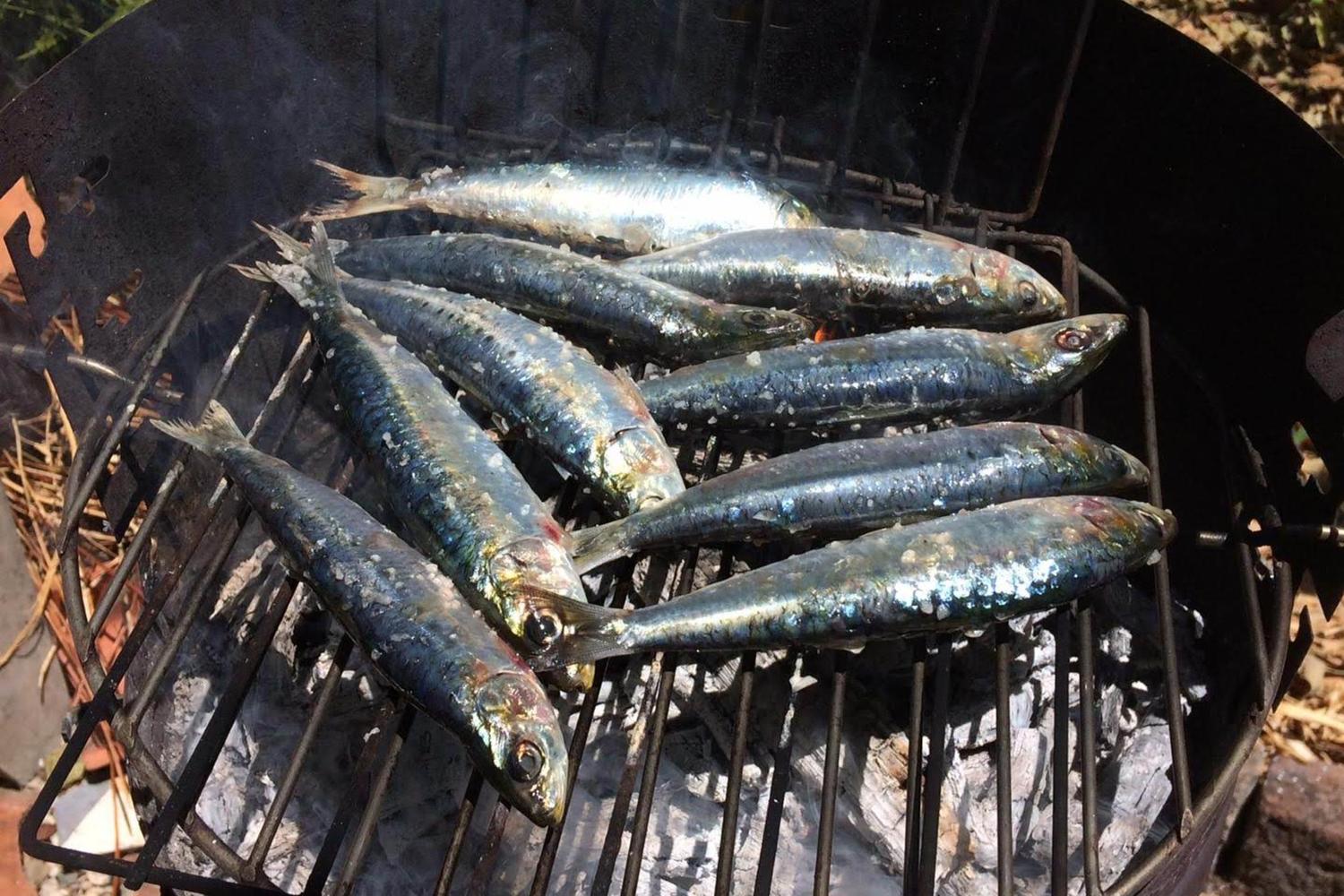 And here we are in June, the start of the grilled sardines season and a big month for popular festivities of the patron saints: Santo António’s sleepless night in Lisbon and the same for João in Porto. And in Alentejo? Similar, with S. João particularly important in Évora. But it's not possible this year, so we did at home with a small group of family and friends, following Covid19 rules. The sardine season has to be opened and life has to be lived!

Now on a very personal note, HOW I MISS driving along my straight, traffic free, endless Alentejo roads chatting with my guests about everything and nothing. Walking the trails listening only to the bird’s songs and the “music” of sheep/goat bells.

Come as soon as you feel safe, we are here to welcome you with open arms and the usual smile.