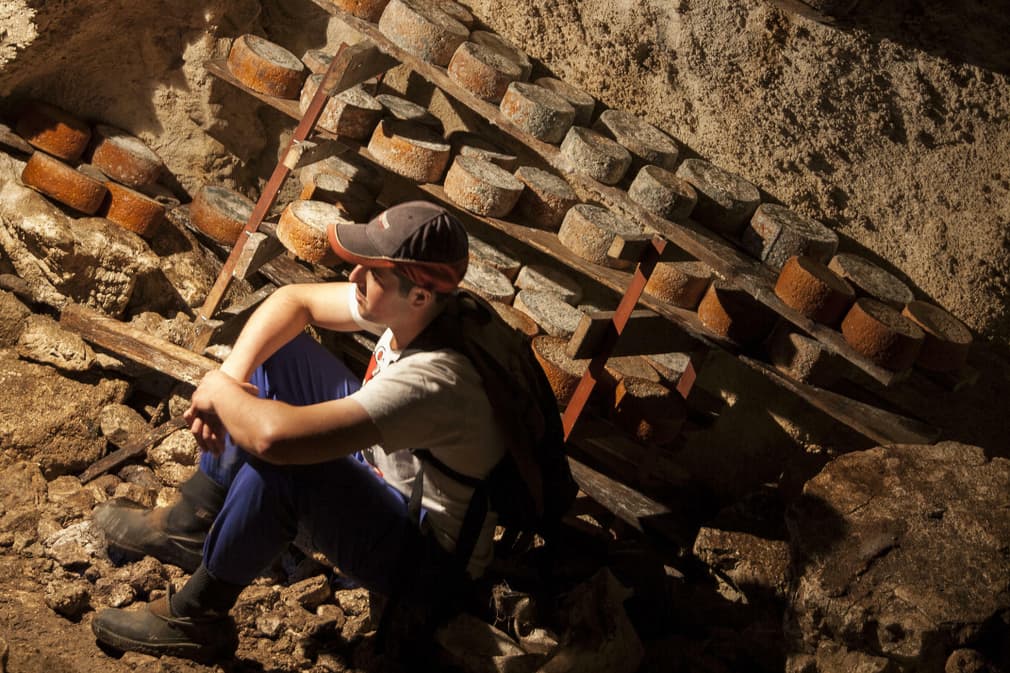 Ruben Remis is the last one of a culture.

It sounds strong when you write it, sad even, but it is true. He is the youngest of the handful of shepherds that still spend the summer months in the high pastures of the Picos de Europa, creating the Gamoneu cheese very much like in the old days.

Discoveries of pottery in a cave in the foothills of the Picos have enabled archaeologists to date the region's cheese making culture back thousands of years. It is an industry which has transformed the Picos, physcially as well as in the ryhthm of life. Sherpherds cleared the pastures to take their flocks up to the rich grass, where they flocks could graze and in turn provide protien for the winter months for the family. The produce was left to age in the deep, cool caves of the Picos.

Going back just 60 years ago, there were still some 1,000 living this tough lifestyle. Ruben feels the weight of this history on his back every morning when he awakes from his home in the hamlet of Belbín, 1,000 metres above the Cantabrian Sea, visible from the top of the glacial moraine not far from the huts.

I first met Ruben when he was 17 whilst I was endevouring to capture the essence of the Picos into a film for the Bearded Vulture visitor´s centre. He was engaged in the labours of the summer season with his mother and father when we found them milking the sheep. In a sea of wool, Ruben and his mother Pilar searched for the missing members of their flock. The elder following the lead of her son, who who recognizes all his sheep one by one. He could tell his mother the ones still to be milked, just by looking at their faces. 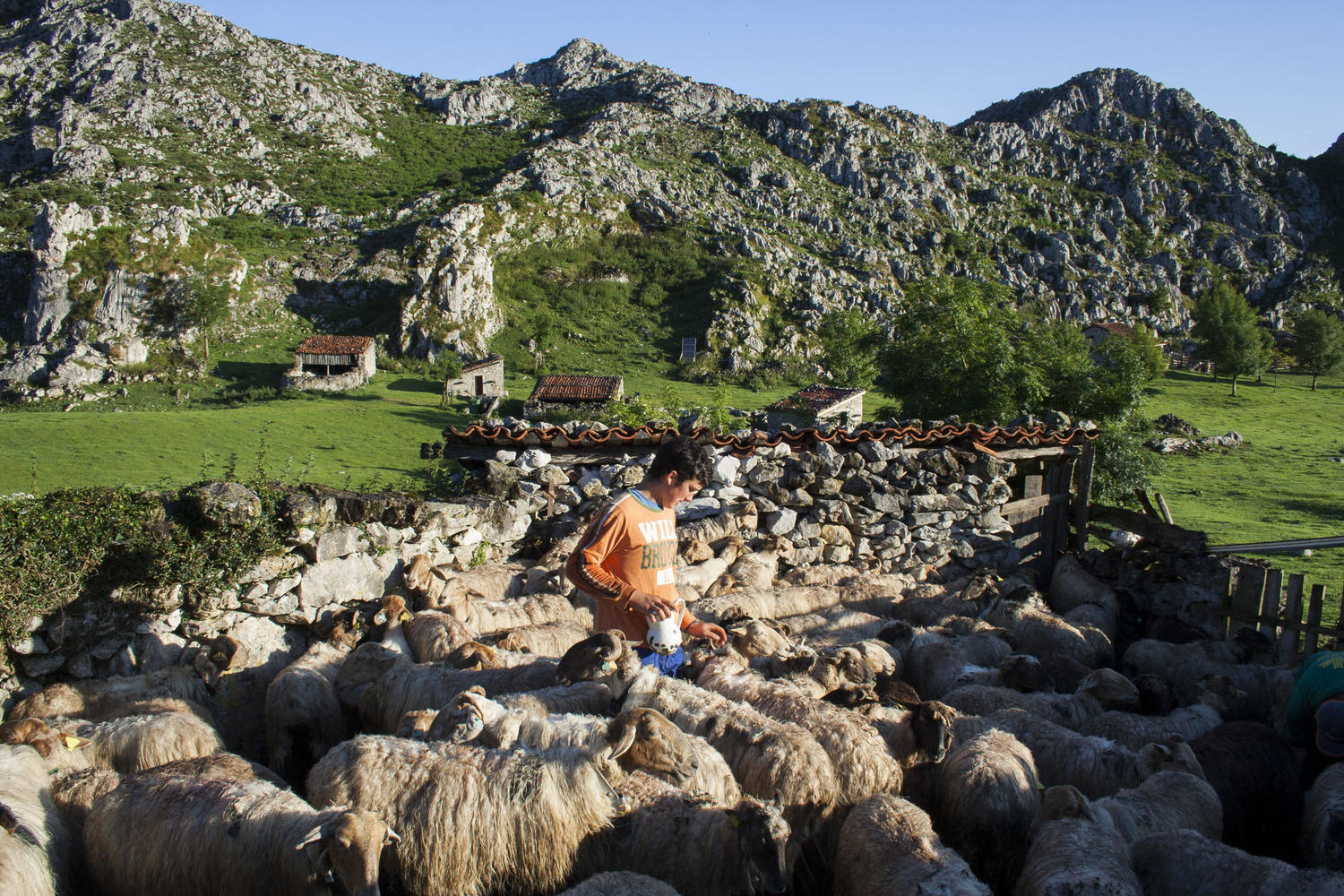 Ruben milking his sheep in the high pastures of the Picos

He milked the goats and the cows and we followed Ruben into a little hut, where pieces of cheese from previous days were drying and getting smoked. He lit a small fire on the ground, filling the room with smoke. Rays from the sun filtered in through the door. In the middle of this magic atmosphere, Ruben started the daily routine of turning the cheese pieces upside down and salting them.

Until just a few days ago, Ruben and his familiy lived in a hut just like this. Just like every shepherd did for generations. Within the 10 square metres they had to fit in a fire place, cheese shelves, bunk beds and cooking tools. It was crowded, to say the least.

The EU stepped in and banned the production of cheese in such habitations. In response, a local projected stepped in to save the traditional production in the mountains by creating three cheese-making facilities in the Picos that met the EU regulations, resplendent with tin basins and shelves and a specific smoking room away from the living units. Ruben´s family left their traditional hut higher up in the Picos to come down to Belbín, so that they could keep with their way of life. 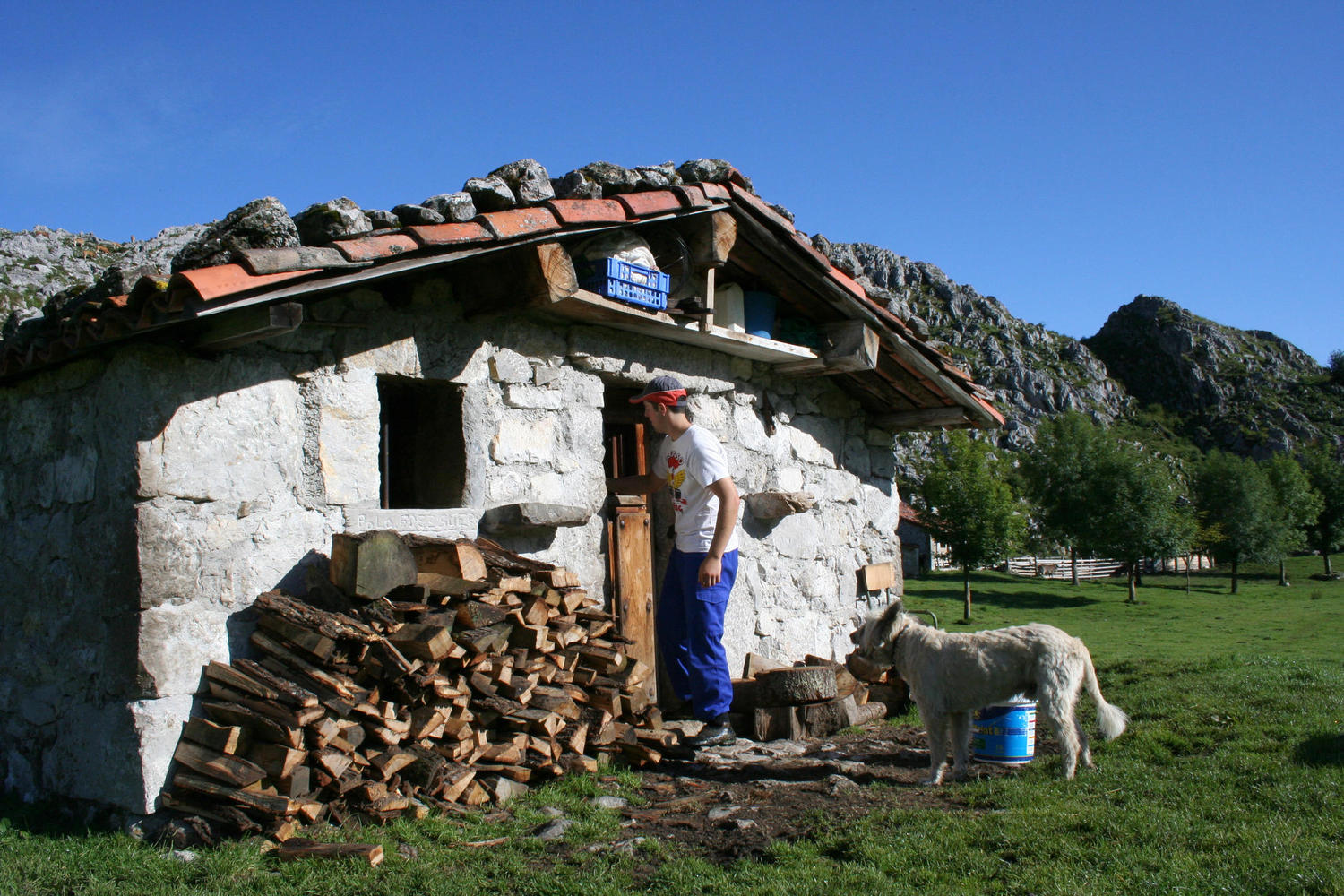 Together with the new cheese-making facilities, the project also refurbished one of the huts to make it a little more comfortable. But it's still small, there's still no ensuite toilet and it's still crowded. Romantic image though it may be, it's not exactly desirable.

When the salting of the cheese was done, we followed Ruben and his donkey, charged with big pieces of cheese already dried and smoked, on their way to the cave where they will be stored for at least two months. It's a 20 minute walk to the mouth, where a small hole in the rocks leads to a 10-metre vertical staircase down. We followed his footsteps down into the dark and the cave opened out into an immense room. Hundreds of cheeses rested on the wooden shelves, letting the cave mosses travel slowly into its core to give it its unique taste. 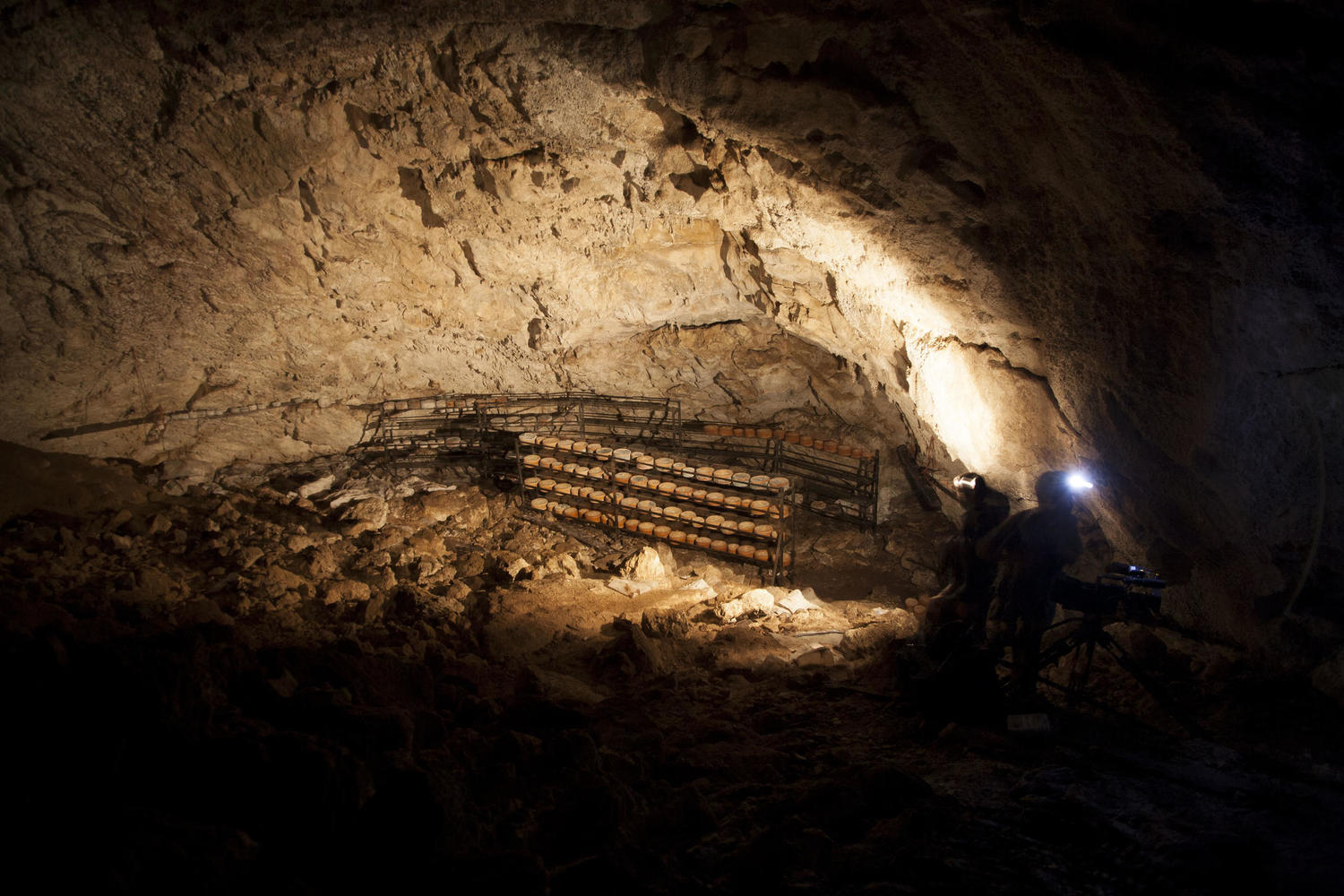 Cheese curing cave near Belbin in the high Picos

We started chatting with Ruben about his life and dreams. He conveyed a feeling of pride, of belonging to this noble culture. He portrayed a resentment against a world that has left them behind and his fears about the future, turning to tears as he tried to convince us that he could take the burden and solitude of being the last shepherd of the Picos.

I will never forget the emotions of that day. We've not talked about it again in the many times we have seen each other since. I saw Ruben last week and he is still living his shepherd life in Belbín, 10 years later, still lonely during the four months of the cheese making season, without a partner or other company than his parents. But he still loves his life, his animals, his connection to the land and he still carries the pride of being the last shepherd of the Picos de Europa.