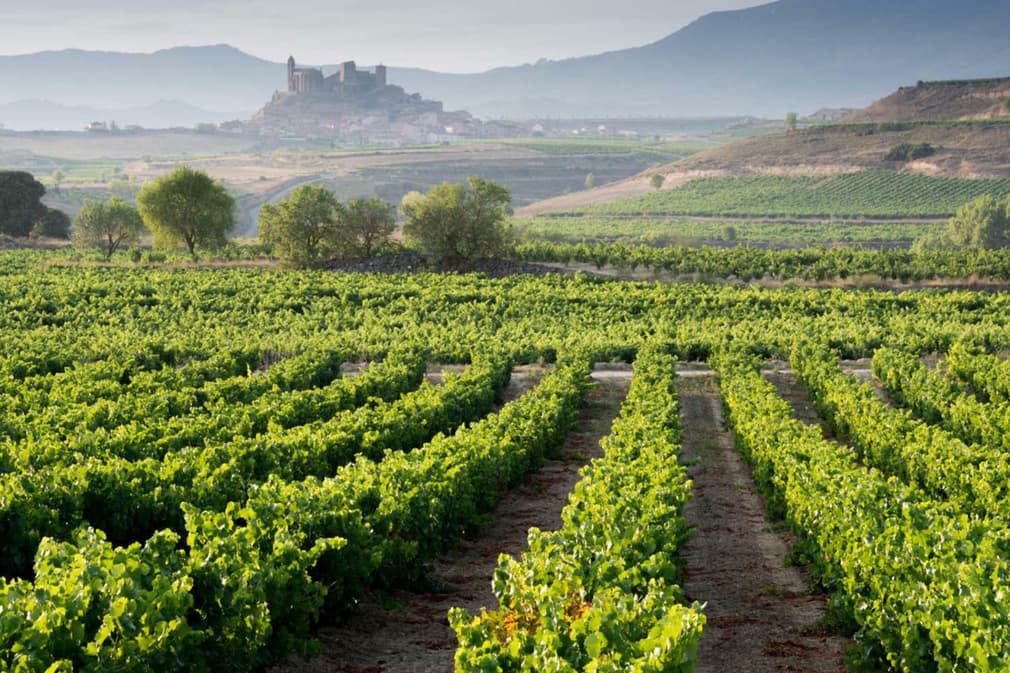 Spain is definitely one of the most exciting wine producing countries in the world. With more than 200 grape varieties, it is the country with the greatest area planted to vines in the world. Thanks to its remarkable geographic and climatic diversity it has an incredible 64 Wine Appellations or Denominaciones de Origen (aka D.O.).

You can see the principal Spanish wine regions, on the map below, from the world famous La Rioja and Jerez to the lesser known Priorat and Penedes... 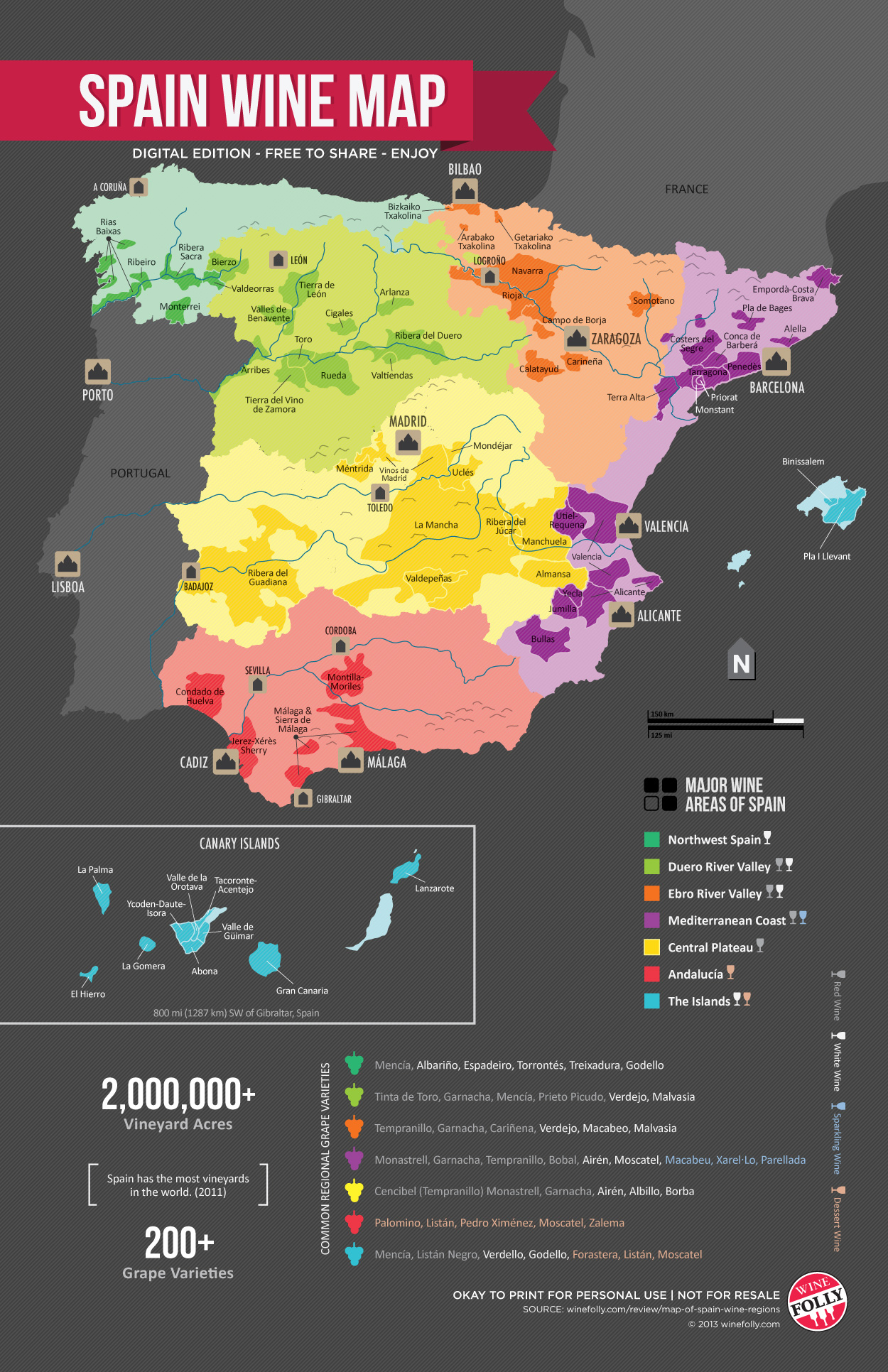 Northern Spain alone encompasses a wide range of scenery, wine styles and micro-climates. From the lush green valleys of Galicia, to the dry plains of Castilla y Leon and the fertile plateaus of Navarra and Somontano, via the small but perfectly formed valley of La Rioja. The most used varietals are Albariño in Galicia, Txakoli in the Basque country, both of which make tangy zesty white wines. Over into Ribera del Duero, la Rioja and Navarra and the aromatic ruby reds of Tempranillo take over, with a side order of spicy Garnacha.

The 1,600 kilometre long Mediterranean coastline is home to some of Spain´s most sensational wine regions, particularly along the northern stretch of the coast near Barcelona, which produces 98% of Spain's sparkling wines, then further South around Alicante and Valencia. The most renowned local grapes here are Macabeu (floral white wines), Xarel-lo (very textural and complex white wines) and Parellada (aromatic citric white wines). The reds of Priorat are often fantastic, some of the best in the country. The splendidly robust, earthy wines of Empordá are getting a bit of a makeover with the lighter touch winemaking of people like Anna Espelt at the winery of the same name - find a bottle if you can!

The south of Spain is also a fabulous destination for wine lovers. The hottest area in Spain produces fortified and dessert wines as well as some terrific dry red wine. The most renowned local grapes here are Palomino Fino (neutral and dry sherry), and Pedro Ximénez (intensely sweet and dark sherry). You can get some reds from the province of Granada and the Alpujurras where there are some superb boutique wineries. The orange wine of Huelva is great if you like something a bit sweet and different. And for a light dry sherry which isn’t a sherry, try Montilla, made in the province of Cordoba, is fantastic.

Perhaps surprisingly, Spain’s islands produce some well regarded wines as well. Mainly from the Balearics and the Canaries, their wines are made with indigenous local grapes in varying landscapes from volcanic moonscapes to lush tropical gardens. The most renowned local grapes here are Moscatel (highly aromatic and floral white wines) and Listán negro (soft and light red wines).

Every year, the arrival of autumn marks the wine harvest season in Spain. From La Rioja’s grape harvest festival in Logroño to the Vendimia Festival in Jerez de la Frontera, each region celebrates wine with their own unique traditions.

These festivities are an excellent opportunity to participate in the traditions and ambience of the Spanish winemaking culture: traditional crushing of the grapes, tasting sessions, competitions, folk dances, processions, parades, guided tours to the wineries…

Here is a glimpse to some of the best harvest festivals in Spain:

We hope you enjoyed reading our guide to the Spanish wine regions. Want more? Have a look at our favourite Spanish supermarket wines from UK supermarkets.