8 telenovelas to get you started 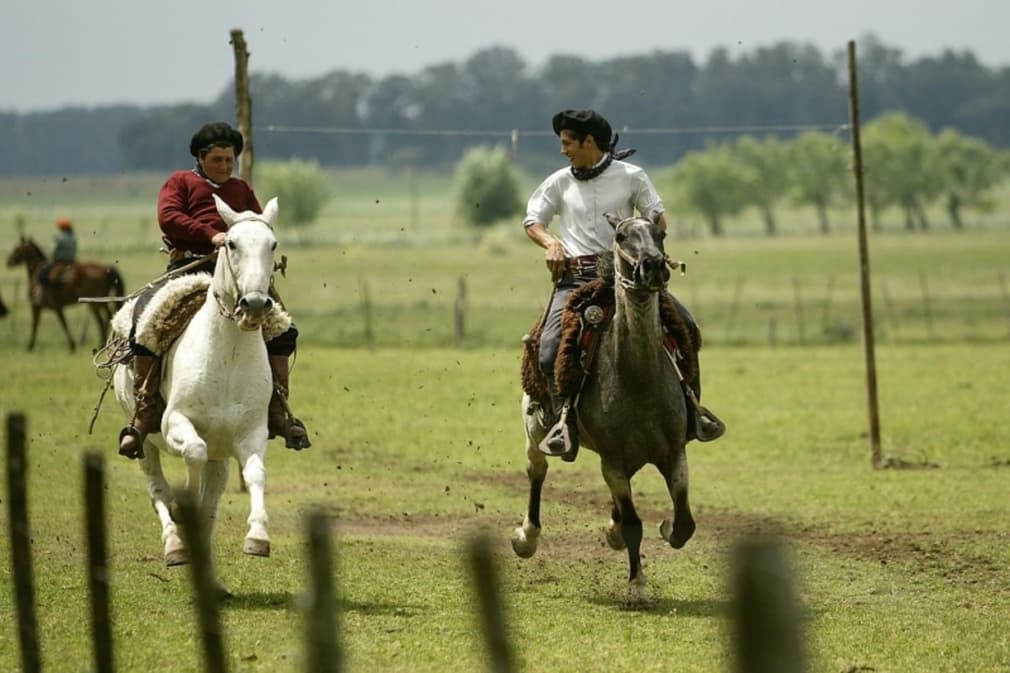 Melodramatic telenovelas are often thought of as soap operas, in Spanish. However, they are really a genre all of their own. Usually lasting between six months and a year, they are characterised by complex plot lines, usually based on a magnificently dramatic main plot surrounded by a lot of smaller, always highly dramatic, side plots.

If we are being unkind, they also have a tendency to flimsy sets, a near total lack of extras, wildly improbable plots and, dare we say it, over-acting.

Most are romantic in nature, full of fiery passion and religious references, often telling stories of a love lost/found, mothers and daughters fighting or long-lost relatives who are brought together in the end — telenovela audiences do like their stories with all the loose ends wrapped up and a happy ending.

It’s important to highlight that telenovelas often raise concerns on social issues (AIDS, homosexuality, alcohol and drug use, teen pregnancy and corruption) as well. A Brazilian telenovela, ‘Pantanal’, has even dealt with the green movement and sustainable land development so it’s not all pouting and shouting.

These iconic Latin American TV programs originate in the 1950s pre-Castro Cuba, starting as classic literature recreated as graphic novels. They later evolved into radio programs selling cleaning products to housewives. When American companies could no longer sponsor programs in Cuba, talented actors, writers and producers scattered through Latin America and began melding the American product with Latin American storytelling. Mexico, Venezuela, Brazil and Argentina are today some of the most important producers, and consumers, of telenovelas.

If you’d like to enter into the world of telenovelas, here we list 8 of the most successful telenovelas of all time to get you started. Although beware these television shows can be highly addictive and require some major time commitment!

Betty La Fea became an international phenomenon after airing in Colombia in 1999. The story follows Beatriz Aurora Pinzón Solano, aka Betty, who works as a secretary at the fictitious fashion empire, EcoModa, a thinly disguised excuse to include lots of leggy women for the viewers. Though she is brilliant, Betty is marginalised at the company because of her plain looks. Eventually she wins everyone over with her charm and intelligence. The plot is more convoluted than that of course, the Wikipedia plot summary alone runs to over 2,100 words. Of course, the actress chosen for the role is the very beautiful Ana María Orozco made up to look plain because having a real life ‘plain looker’ playing a lead role was clearly too radical a concept!  They must have done something right though as the story has been adapted in 17 other countries, including the U.S. hit Ugly Betty, starring the similarly really-not-very-plain America Ferrera.

Aired in 180 different countries, this is easily one of the most popular telenovelas to hit TV. The story follows the tale of a young woman who finds herself scavenging for a place to live, only to be taken in by a wealthy family and eventually falling in love with one of the sons. But with any love story, there are many complications and obstacles (faked deaths, staged pregnancies, adoption, amnesia, mistaken identities) in the way of their love, not least in the form of the scheming Soraya. You can get a good flavour of the one here, it’s a festival of big hair and dramatic camerawork!

This is the story of gruff Juan del Diablo who grew up fatherless on the beaches of San Pedro. He’s actually the love child of wealthy landowner Francisco Alcazar. As is the tradition of telenovelas, this is a journey of romance and rivalries, of deception and broken promises. The particularity of ‘Corazon Salvaje’ is that the story is set in the 1900s. As such, the characters speak in a kind of Spanish reminiscent of that era. The language is slightly elevated, subtly majestic and the costumes are beautiful.

The drama depicts the rise of Teresa Mendoza, a young woman from Mexico who becomes the most powerful drug trafficker in southern Spain. The show was so popular that USA Network released its own English-language version, ‘Queen of the South’ last year featuring Brazilian actress Alice Braga in the role of Teresa Mendoza.

The series is set in the Elite Way School, a prestigious private boarding high school near Buenos Aires. The students are the members of Argentina's wealthiest families, as well as gifted students with scholarships. The main plot line revolves around a group of students forming a band named Erreway - which in fact became a real-life band - in order to pursue their dreams. The story follows the lives of these students, their parents and their professors, and it also features the regular use of English language and phrases by the upper class.

This one is based on the 1862 novel of the same name - which is by the way widely acknowledged as the first Chilean novel. Taking place in the early 19th century, it chronicles a forbidden love between Martin Rivas, the impoverished protagonist of the show, and Leonore Encina, the wealthy daughter of the family Rivas lives with. The story is also an great source for understanding politics and society in nineteenth-century Chile.

This historical telenovela is set in the Mexican post-independence period of the mid-19th century. Challenging the rules of the aristocracy to which she belongs, Matilde Peñalver y Beristain, falls in love with Adolfo Solís, an army soldier with no fortune; trusting that her father will let her marry him. But her mother Augusta is determined to force Matilde to marry a rich man in order to save the family from bankruptcy.

Despite her parents having made great sacrifices to give her a good, decent life, Teresa is a young woman dominated by her greed and envy. Therefore, she will use her attractiveness to seduce multiple men in hopes of getting filthy rich. But, as luck would have it, along the way she becomes paralysed, but it doesn’t stop her from being a money hungry brat. Certainly the most nail-biting part is watching her trying to decide which galán she’s going to stay.

If you know of any other great telenovela, please comment it below! Latin American TV novels are always fun to watch and help a lot to learn about Hispanic culture too.