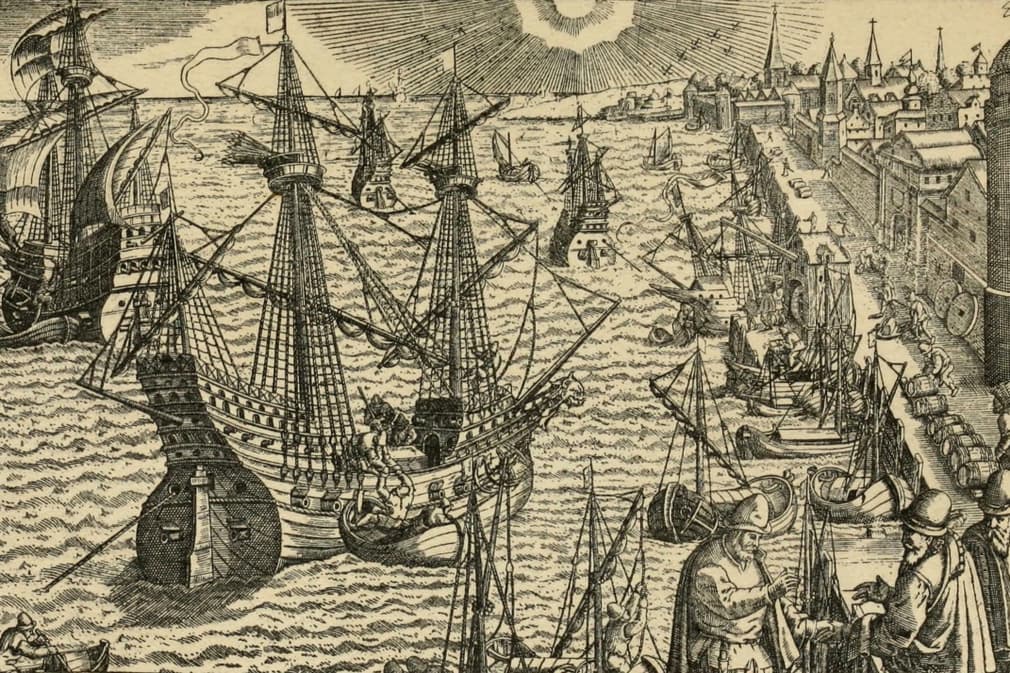 It was an age of discovery. Of new frontiers. Of colonisation, monopolies and religious indoctrination. Lines drawn across the high seas - voyages into the Asian unknown, riches beyond the imagination.

1492, Columbus went west. A Genovese sailing for the Spanish, to the Spice Islands he thought. To the Caribbean in reality. He went again, and again. And again. Each time trade winds butted him into the same islands, and a river delta in Venezuela.

A New World. But not Asia.

Baton back to Portugal. Vasco de Gama into the hot seat. He slipped past the Cape of Good Hope and battled across the Indian Ocean. To the victor, the spoils.

Amerigo Vespucci gave Columbus' new continent a name and form. The world map was starting to take shape. To the east, Africa. West... America. First to the Spice Islands wins. The Pope drew a line down the globe and through Brazil with The Treaty of Tordesillas. Stage set.

Enter Fernão de Magalhães. Ferdinand Magellan to you and me. Sights set on that westward passage. A Portuguese mariner and soldier, of note and notoriety - hero turned villain to King Manuel I. Just like Columbus, Portugal's reject became Spain's great hope.

The convoy reached Rio, long before it was a Marvellous City. They bounced downwards between river mouths as latitudes ticked upwards. In Patagonia they weighed anchor, storm clouds overhead and on deck - a Castilian mutiny at hand. Magellan stood firm; two captains killed, two left behind.

Five carracks became four when Santiago sank, three when San Antonio fled for home. Magellan pushed on, plotting a course through the straits that would soon bear his name. He found a sea so calm he called it Mar Pacifico. Uncharted waters - the other side of America.

A clan leader converted to Christianity. Another refused. A foolhardy battle left Magellan wounded. Mortally so. The fleet lost its captain. Concepción was torched and two ships sailed on.

Expedition complete - the world was round, the seas were vast, the riches lay east and west. A feat not repeated for six decades, when Drake went on a mission for the Queen.

An age of discovery indeed.