Who is Kris Tompkins? 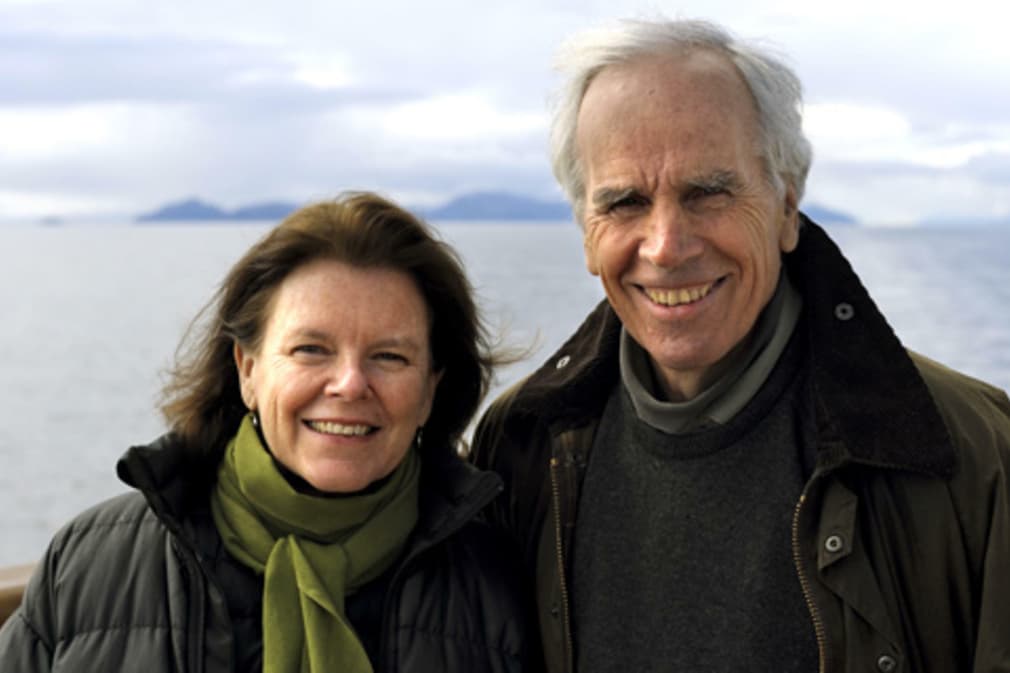 On December 2015, the world lost one of its most ambitious conservationists when Doug Tompkins passed away following a kayak accident at Chile's Lago General Carrera. Fortunately, during his 25 years of tenacious activism he wasn’t alone as Kris, his wife, has been at his side from scratch on the conservation battle…

Originally from California, Kris' life has always revolved around a passion for the outdoors. After 20 years as CEO of the Patagonia clothing brand, she 'retired' and married Doug Tompkins, the founder of The North Face in 1993. Together, they turned their considerable talents to protecting nature’s beauty and diversity. They achieved unparalleled results in national park creation in Chile and Argentina, recovering imperiled wildlife and generating healthy economic opportunities for the local communities.

Often lauded as one of the most successful national park-oriented philanthropist in history, her conservation work brought her numerous awards. The latest? A few days ago she was awarded the 2017 Carnegie Medal of Philanthropy, which recognizes her outstanding and innovative leadership in philanthropy, celebrating Andrew Carnegie's philanthropic ideals and belief that with wealth comes responsibility. Having amassed what was one of the greatest fortunes of his time, Carnegie, a Scottish-American industrialist, reinvented his fortune in society with the stated goal of doing ‘real and permanent good in the world.’

This award comes three months after the government of Chile signed an agreement with Kris and her foundation to create an extensive 11 million acre of land to pursue conservation and development of a net of National Parks in Patagonia - suddenly putting Chile at the top of countries with the largest percentage of protected territory in the planet (with Costa Rica).

This massive conservation plan was the result of decades of work Kris and Doug carried out in Patagonia, as they helped secure more than 3.4 million acres before handing it to the government - which by the way is the largest private donation of land to a government in all Latin America! Although, take note that the transition from private park to national park will be incremental over the next couple of years, so to this date the national parks aren’t yet officially recognized.

However, thanks to the effort done beforehand by the Tompkins Foundation, the donation have enabled Chile to set the world’s highest standards for national parks - which are of course focused on protecting the biodiversity but also on offering tangible tourist parks with trails, cabins and infrastructure. So in fact, various of these future national parks are already there to receive visitors. And the Chilean authorities are committed to keep these standards in the future.

In this sense, one of the main point in the agreement signed by Kris Tompkins and Chilean President Michelle Bachelet was the ambitious plan to uniting a network of 17 parks along the 2,400-km-long Carretera Austral. Named ‘the route of parks’, this outstanding project will allow the promotion of the region, improve access, enhance trails as well as educate the local population. Kris praised ‘the route of parks’ as unprecedented and assured it will become one of the most famous routes in the world, connecting up communities and bringing new economic activity to each region.

On a stark contrast, Trump’s latest decision to withdraw the U.S. participation in the Paris agreement has been highly condemned and appaled by Kris. She recently insisted that the Trump administration’s action needs to be contrasted with the leadership shown by Chile and Argentina, where national park creation and rewilding efforts are helping build resiliency to climate change.