The announcement came from the bridge of the ship “Emperor Penguin ahead”.

All the passengers - and most of the crew - crowded to the front of the ship as the captain slowed. Right there was our first Emperor standing on an iceberg in the distance. Cameras, long distance lenses and binoculars were all focused on this lone, stately black and white bird. He stood there facing us for a few minutes then turned his head to the right for a couple of minutes, then to the left. He knew he was the star and after several minutes he slid gracefully into the sea.

"We had a 50% chance of seeing them, but that number was diminishing as each day and each hour passed."

The next day we were suppose to get close to Snow Hill for the helicopters to take us the Emperor colony. But we could only get within 29 miles because of the ice. The maximum distance that the helicopters could fly was 28 miles.

A gloom descended on the ship, not just between the passengers, but the crew as well - most of them had never seen the Emperors either. Some optimists said at least we have seen one. The captain said we would try again the next day.

The next day we got through the ice, but now the wind was too strong for the helicopters to take off. More gloom. Before the trip we were told we had a 50/50 chance of seeing them. It felt like the chances were diminishing as each day and each hour passed.

By 12 noon however there was a ray of hope and a window of opportunity. The wind had dropped and the first helicopter took off with its passengers.

We were divided into groups of four or five. Our group was number 21. Doing the math, we were worried the weather would change and we wouldn’t be able to take off. We waited, a bundle of nervous energy.

It got to 5pm, still light outside thanks to the long early-summer days. It was time to go. Time to go and find Emperor penguins. Through all the aborted attempts and false dawns, we were going. 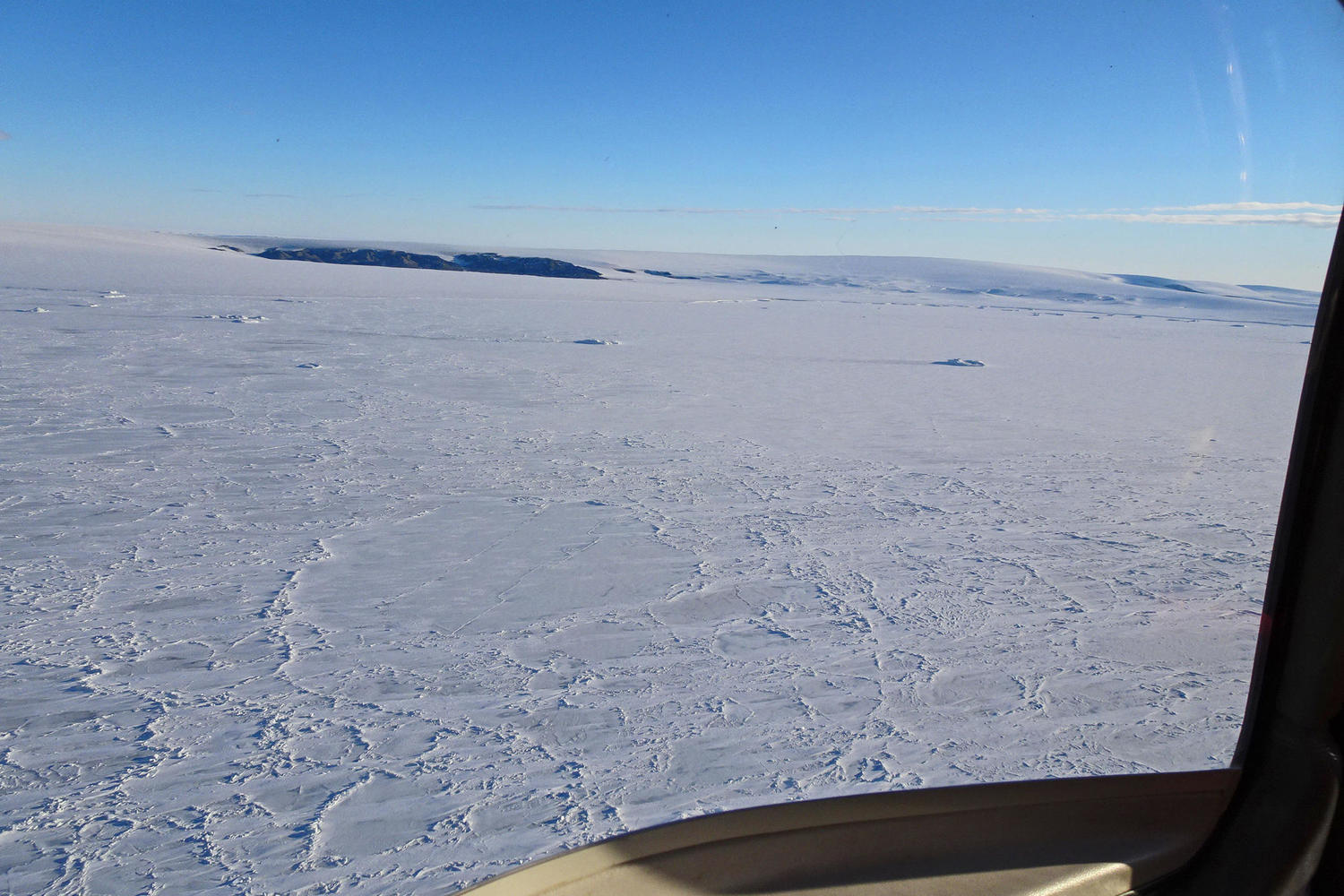 For half an hour we flew over unbroken ice and snow. It's so incredible to think that very few people had seen this - and no one had ever walked on it. We landed and could see the penguin colony a 10-minute walk away. The crew had set up poles beyond which we could not go so as not to disturb the colony.

There they were. At last.

And there they were quite close - 2,000 of them. Stocky adults and half-grown fluffy chicks. The chicks were teenagers really, huddled together chatting and ignoring their parents as they tried to round them up.

No one did anything for a couple of minutes, just taking in this spellbinding sight, a sight very few people have ever seen. 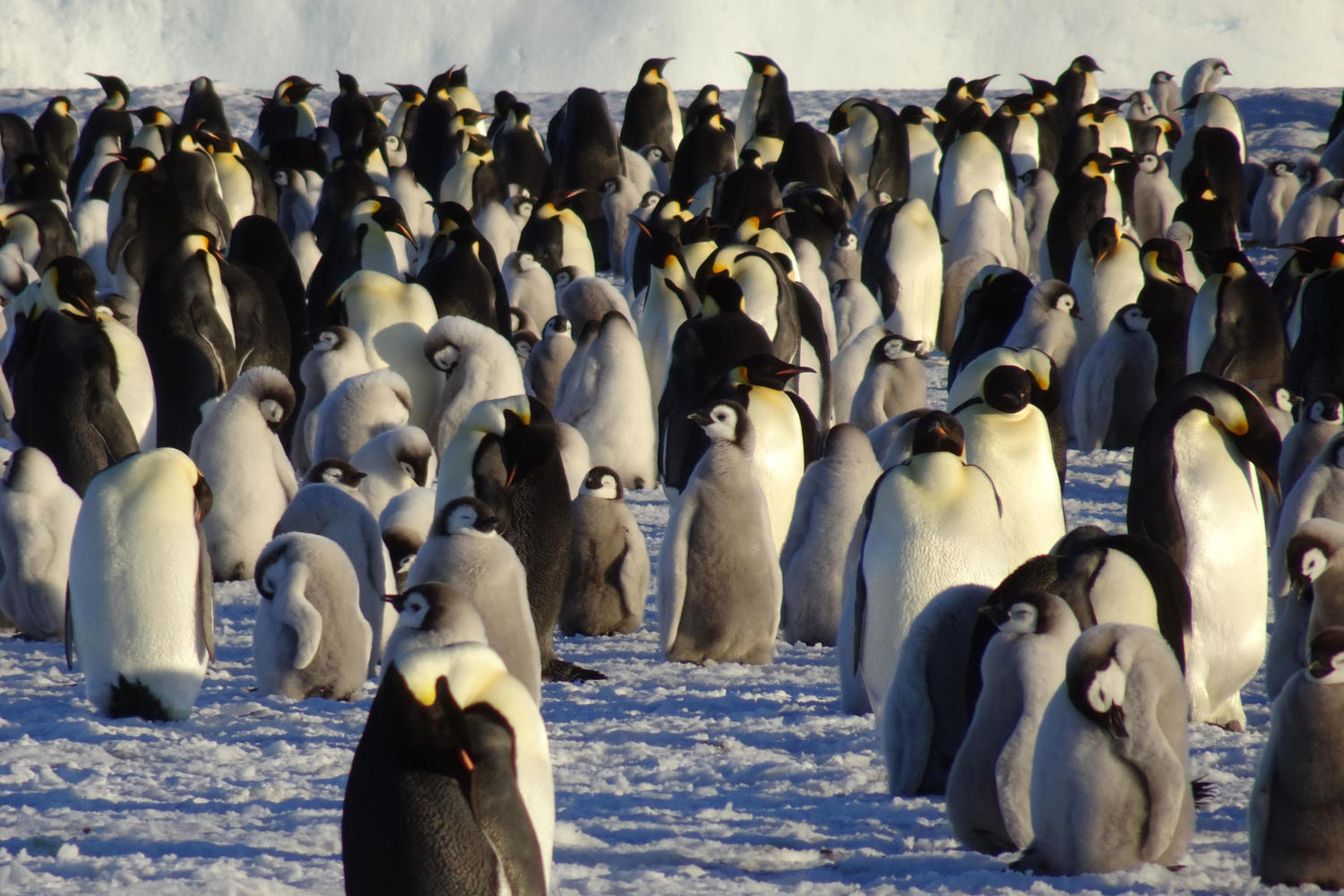 While we weren’t allowed to go too close to the colony if you stood still the occasional penguin would come up to you. I was so privileged to have one come up to me, I was unprepared for the size of him, I stood very still and said “good morning” to him (I don’t know why, it was 6.00pm). He answered in a penguin voice and I replied by saying” how are you?”. Again he replied, then gently nodded his head and moved away. 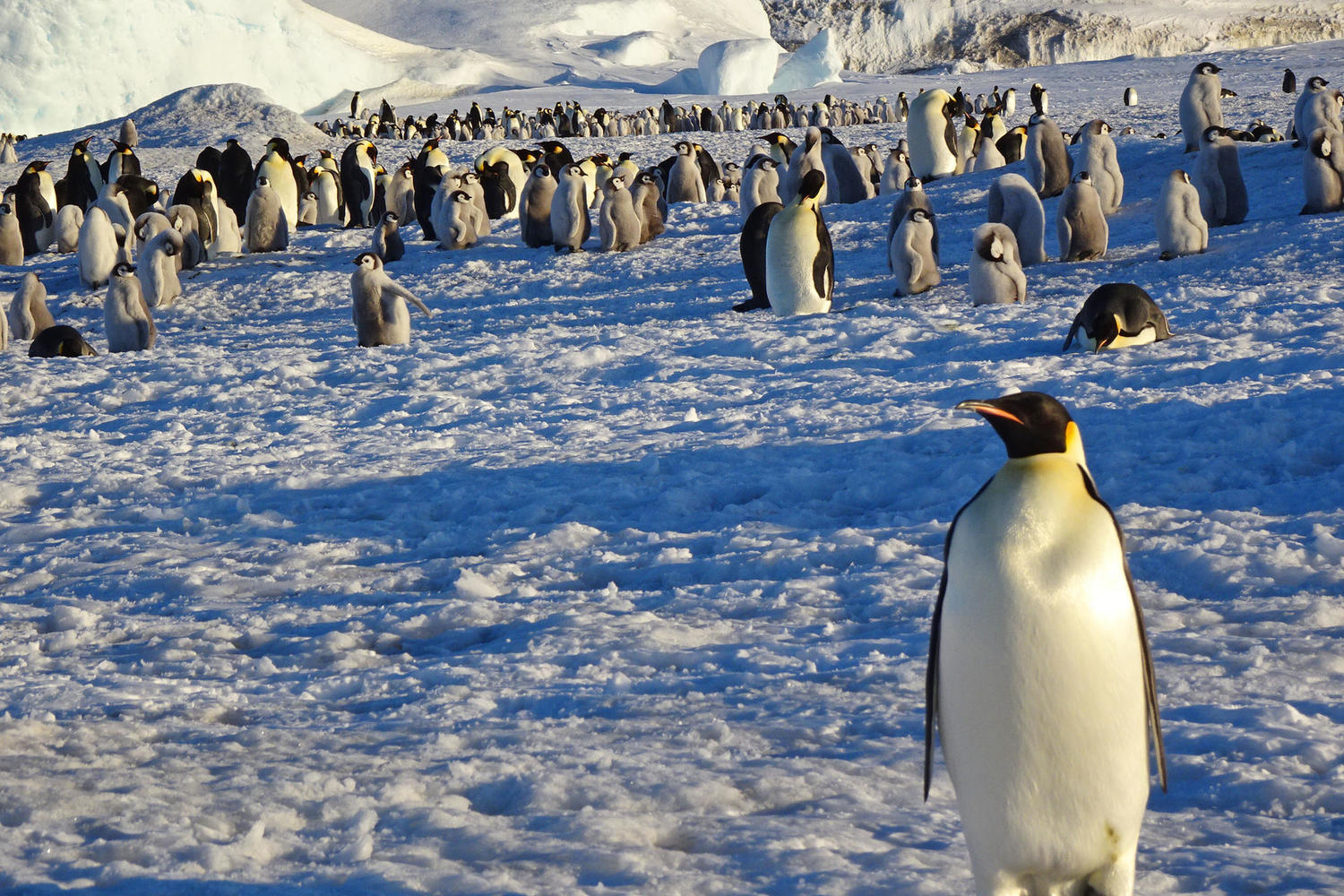 The colony was full of movement and noise, adults coming and going, chicks chattering. But then, as it was time to leave to go back to the helicopter, we were passed by several penguins hurrying back to the colony, some waddling others scooting along on their tummies, which actually seemed quicker. They had no fear of us and we couldn’t help but stop and watch, leaving us to run for the helicopter.

Back at the ship it was quite quiet, no one was talking much, everyone was reliving the magical experience of seeing these majestic birds. It's a sight that very few people have had the privilege of seeing. What a special day and one that would be hard to replicate.