Yes it's still October and there's plenty of life left in 2018. There are pumpkins and fireworks on the horizon, let alone Santa and his merry band of helpers. And if you're anything like me, you'll put off your New Year's Eve planning until that awkward time vacuum between Christmas Day and the end of the year. And you'll wind up watching Jools Holland pretend he's managed to coax so many high profile singers into seeing in the new year in his charming company, as opposed to a random night in November, or whenever it's filmed. So let's throw this in the mix now, as it requires a little more thought.

Rural Andalucía is not the most obvious candidate for a new year celebration. But if you'll spare me a few minutes to paint you a picture, then it might soon be an attractive way to say hasta luego to 2018 and a hearty mucho gusto to 2019.

Our good friends at Casa Olea certainly agree. So much so that they've put a little thought and consideration into it and came up with quite a neat little four night stay in their rustic lodge. Nestled in the heart of Andalucía, somewhere in between the Moorish marvels of Granada and Cordoba, Casa Olea is one of our favourites in the region. It's a family run B&B with very strong 'green' credentials and food produced with 100% locally sourced ingredients. It's also just a lovely place to be. 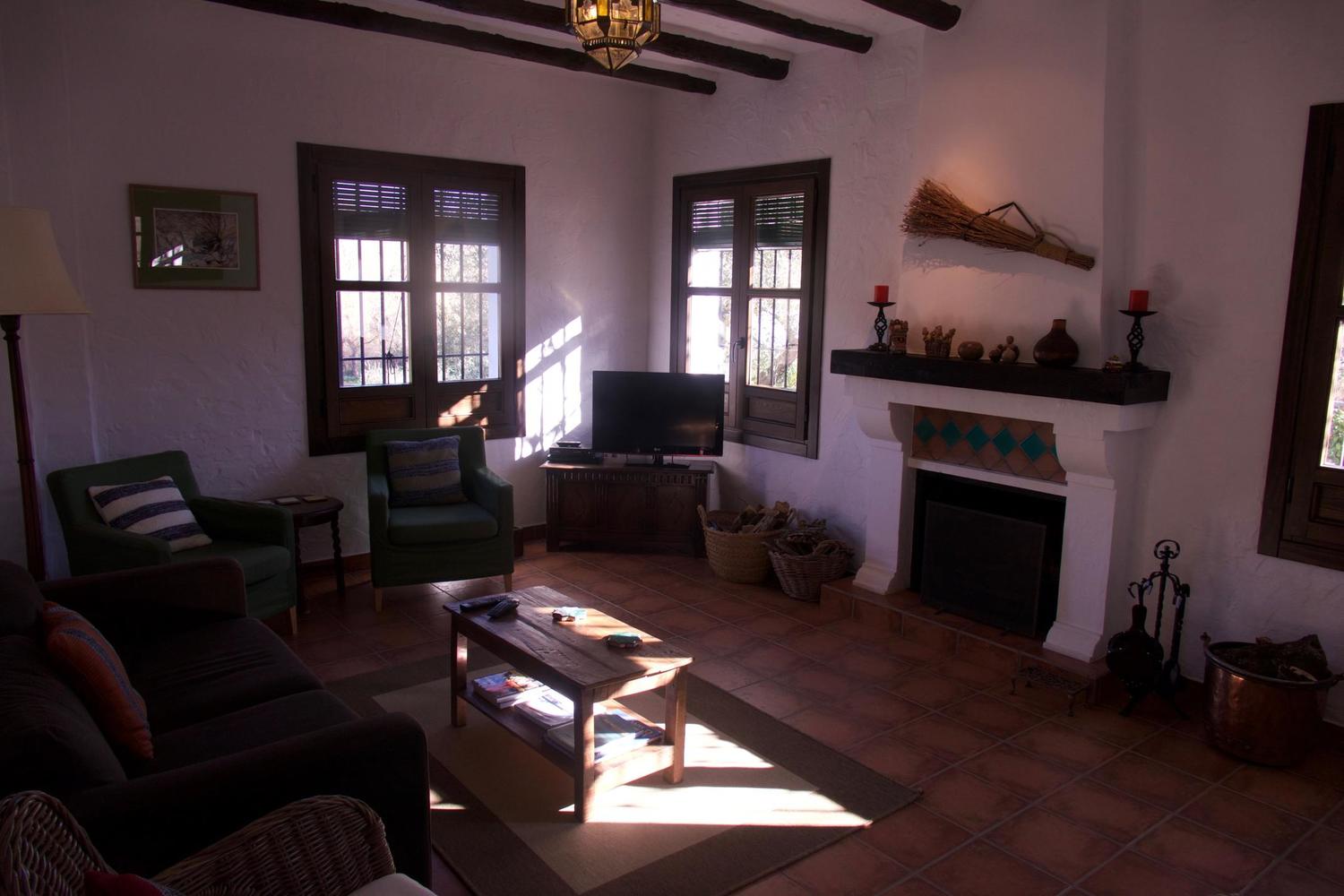 Just about everything you want is on your doorstep; white villages, baroque churches, Moorish castles, karst mountains and rambles through the olive groves and scenic river valleys of the Sierra Subbetica. The Mezquita and the Alhambra are just over an hour away in either direction. It is pure Andalucía. You can hike, bike, eat, drink and relax to your heart's content. Add in some guided stargazing on the 30th and a relaxed five course dinner with olive oil tasting on New Year's Eve, plus the obligatory twelve grapes at midnight, and it beats a night with Blackheath's finest and friends.

A four night trip (30th Dec-3rd Jan) can easily become six, seven or more if we stretch your time to leave you in Seville for the grand Three King's Parade on the night of the 5th January. It's one of the most important (and spectacular) nights of the year and joining in the celebrations is a wonderful way to nudge yourself through an extra layer or two of local culture. You've probably also heard good things about the city itself - grand Moorish heritage, a grand Byzantine cathedral, picturesque winding streets, proper flamenco, exquisite food - and rest assured it's all true. We have some great guides who know the right hidden pockets to combine with the obvious sights. 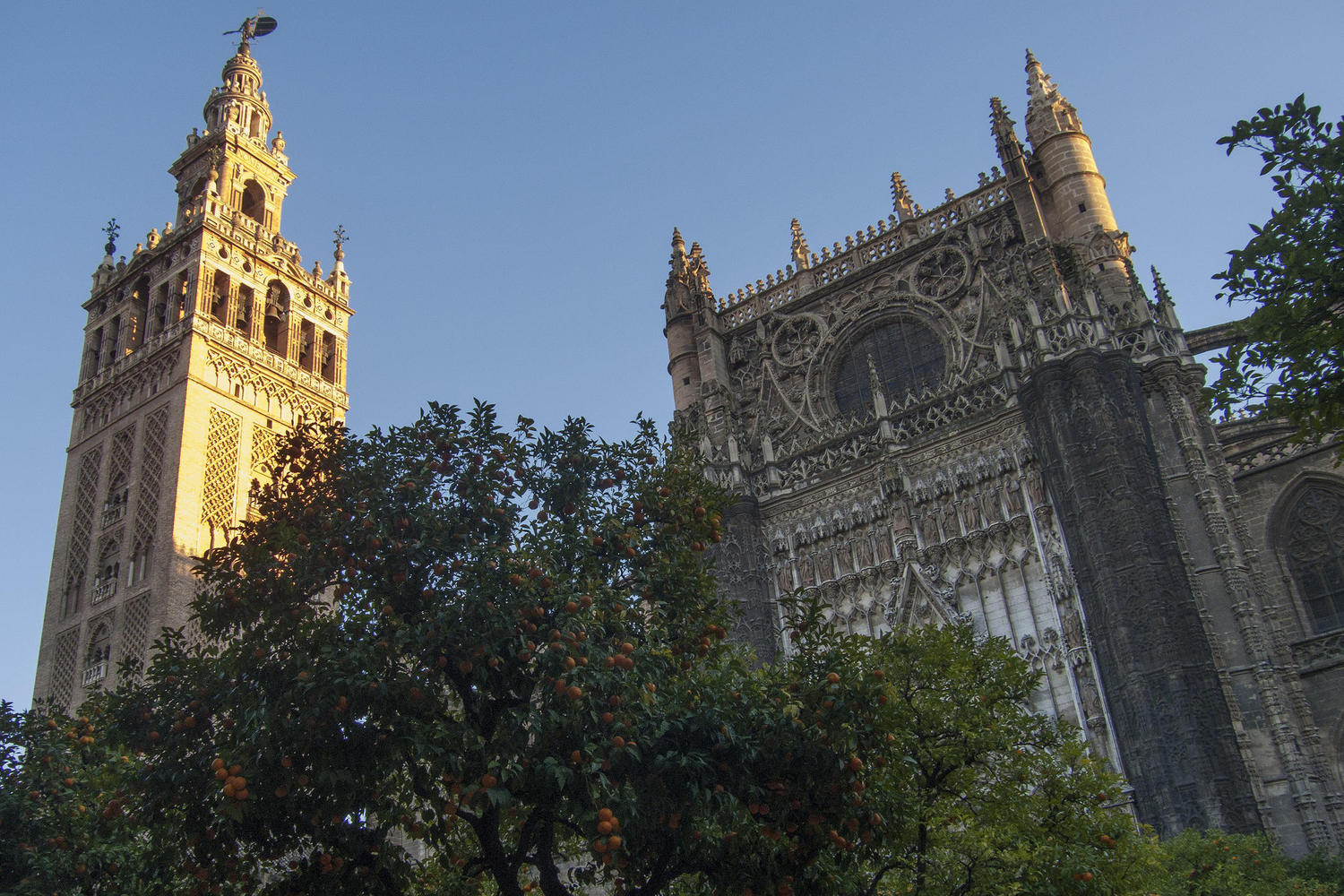 Before you reach the streets of Seville, you might like to weave in a couple of nights up in the hills of Aracena. The chance to walk through the evergreen oak and chestnut forests and between pretty villages is reason enough to do so, even in winter. Not to mention the ibérico ham.

Late December and early January are clearly not going to be the warmest months in Andalucía, but it certainly represents a substantial upgrade on what the UK has to offer as one year rolls into the next. Temperatures can typically range from 7-16 degrees, settling somewhere around 11 as an average. It might rain, but more likely won't and more importantly, you're not going to be sharing the places with too many tourists. This is out of season, with the various advantages and drawbacks that it represents.

Flights are easily booked with various airlines into and out of Seville or Malaga, or a combination of the two. We'll sort you out a hire car so that you can get around with ease and flexibility - driving distances are never too big between the areas mentioned above and journeys are usually scenic.

We think you'll like it. If you're intrigued, it's best not to wait too long before making some initial plans - Casa Olea is a fairly small B&B and there's only a handful of rooms still available. If you want to see off 2018 in style, let's make it happen. There's a couple of our popular Andalucía itineraries below to give you a bit of inspiration.