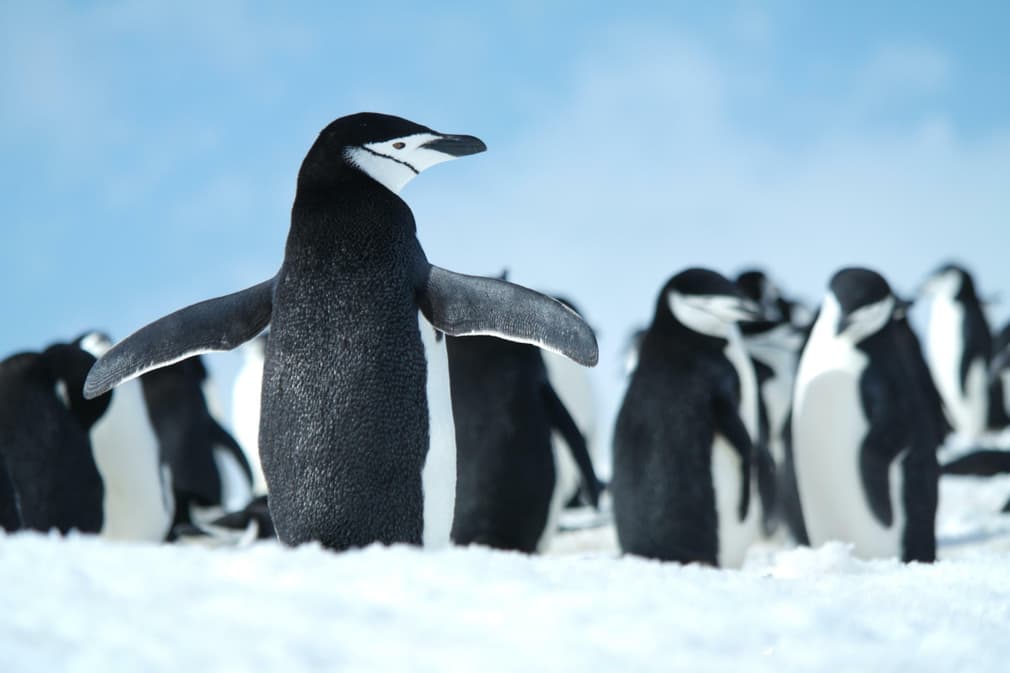 Penguin PR has never been so good. They are on an unprecedented roll - penguins have never been bigger. Think about it...you've got John Lewis' annual tear-jerking ad, making you feel all warm and fuzzy (or at least fuzzy enough to buy a new fridge or TV). You've got the boys (Skipper, Private, Rico and Kowalski...) from Madagascar - yes, I know their names, and yes, they were the best characters by a mile - finally getting to headline their own flick. Even WWF are getting in on the act, and jumping on the social media "challenge" bandwagon - penguin dance - anybody?

So I think we're all agreed - penguins are awesome. Their comical, quasi-anthropomorphic waddle endears them to all but the hardest heart. They're highly photogenic, and really great at flogging white goods, tasteful home furnishings, and cinema tickets. But what about seeing them for real - in the wild? Where do I go? What sort of penguins will I see? What do penguins do? Hint, it's Antarctica. (Not the only place to see them, but the best by a distance).

There are 18 species of penguins in the world, spread from the equator to Antarctica. Depending on the cruise you are on, you can expect to see anything from two to six species. Typically with a peninsula cruise, you will see chinstraps and gentoos, especially. On longer cruises, including those to the Falklands and South Georgia, you might get kings, magellanic, rockhopper sand macaronis, and if you're really lucky, the famed emperors (remember Morgan Freeman's honey-gravelled narration of the March of the Penguins?) Others which may make an appearance in Antarctica are adelies, and if you happen to visit Half Moon Island, you may be lucky enough to see a lone Macaroni who hangs out with the chinstraps there. We called him Kevin. 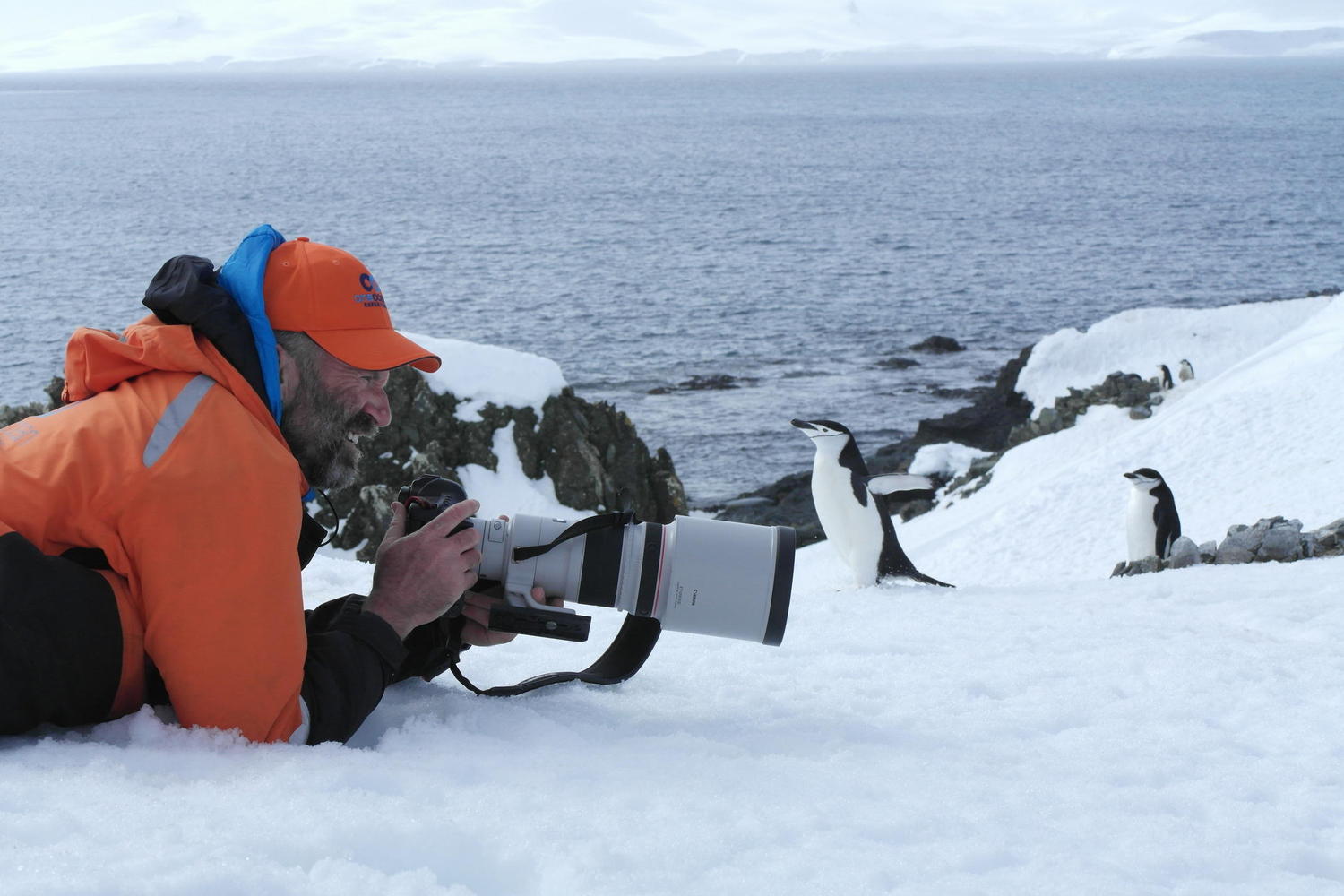 Perhaps the first thing which will strike you when you first come across the penguins is the smell. This is the part they don't tell you about beforehand, and which the brochure couldn't impart anyway. Put bluntly, several hundred (or several thousand) pairs of penguins in a condensed area result in a fairly pungent atmosphere. It literally hits you on the nose - sort of a cross between ammonia and wet dog. While I wouldn't describe it as pleasant, it becomes quite evocative over time, and is a great reminder that in the midst of this stunningly beautiful, yet incredibly harsh environment, there is an amazing amount of life. The adaptation to survive here is humbling.

When you first encounter the penguins, you'll be captivated, particularly by their walk which is, let's face it, hilarious. Your respect probably won't come until you see them in the water, where their grace and turn of speed is utterly at odds. 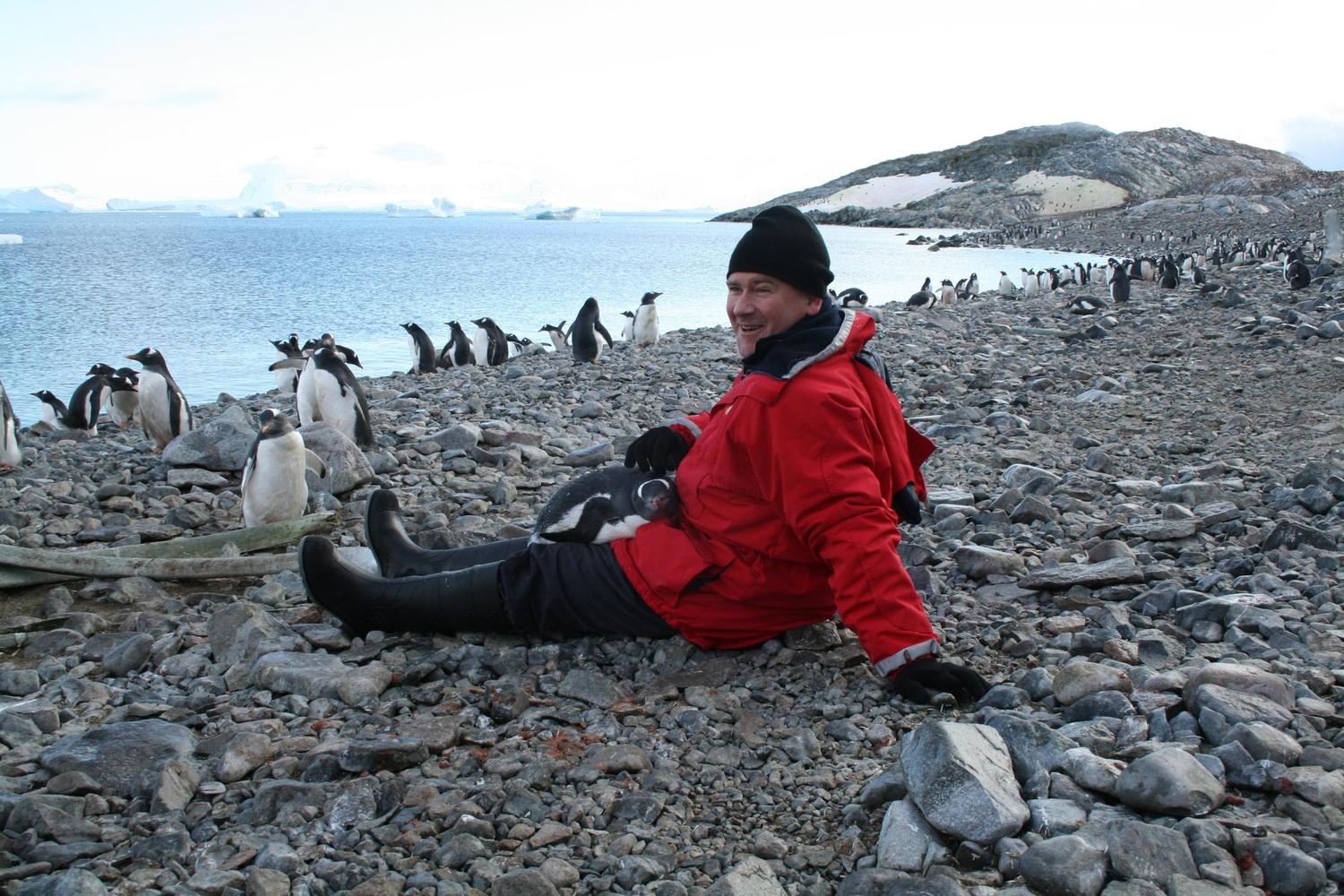 The next thing that caught my eye was their wonderful imperviousness - to the larger, red-coated 'penguins' wandering around them, to the elements... While I was leaning into a 20-knot wind, trying to keep the snow out of my eyes and camera lens, the chinstrap I was trying to photograph didn't blink an eyelid. Alright, penguins don't have eyelids, but he was totally immobile and heedless of the gusting winds. About the only thing you might see get a penguin in a flap is the feared leopard seal, their main predator. If one of these chaps cruises along the shore, you can bet the little black and white fellas will know about it!

So after watching them gaze unblinking into the blizzard, waddle around, stare at the sea, you might be thinking, 'hmm, bit penguined out now...' Wrong! This is when it gets really interesting, as the more you watch - and ask questions of your guide - the more you see and learn. There's the whole thermo-regulation piece, for example. When you see a penguin standing with its flippers outstretched, it's doing its equivalent of a dog panting - cooling down its internal temperature after the exertion in the water. Sometimes you can see a pink tinge along the underside of the flippers, which is a good indication of this. Equally this is why you see penguins lying on their tummies in the snow. And then there's the tummy sliding manoeuvre, which never gets old... Rumours that this was introduced by a chinstrap, who was a big Spurs fan back when Jurgen Klinsmann was playing, are yet to be confirmed. 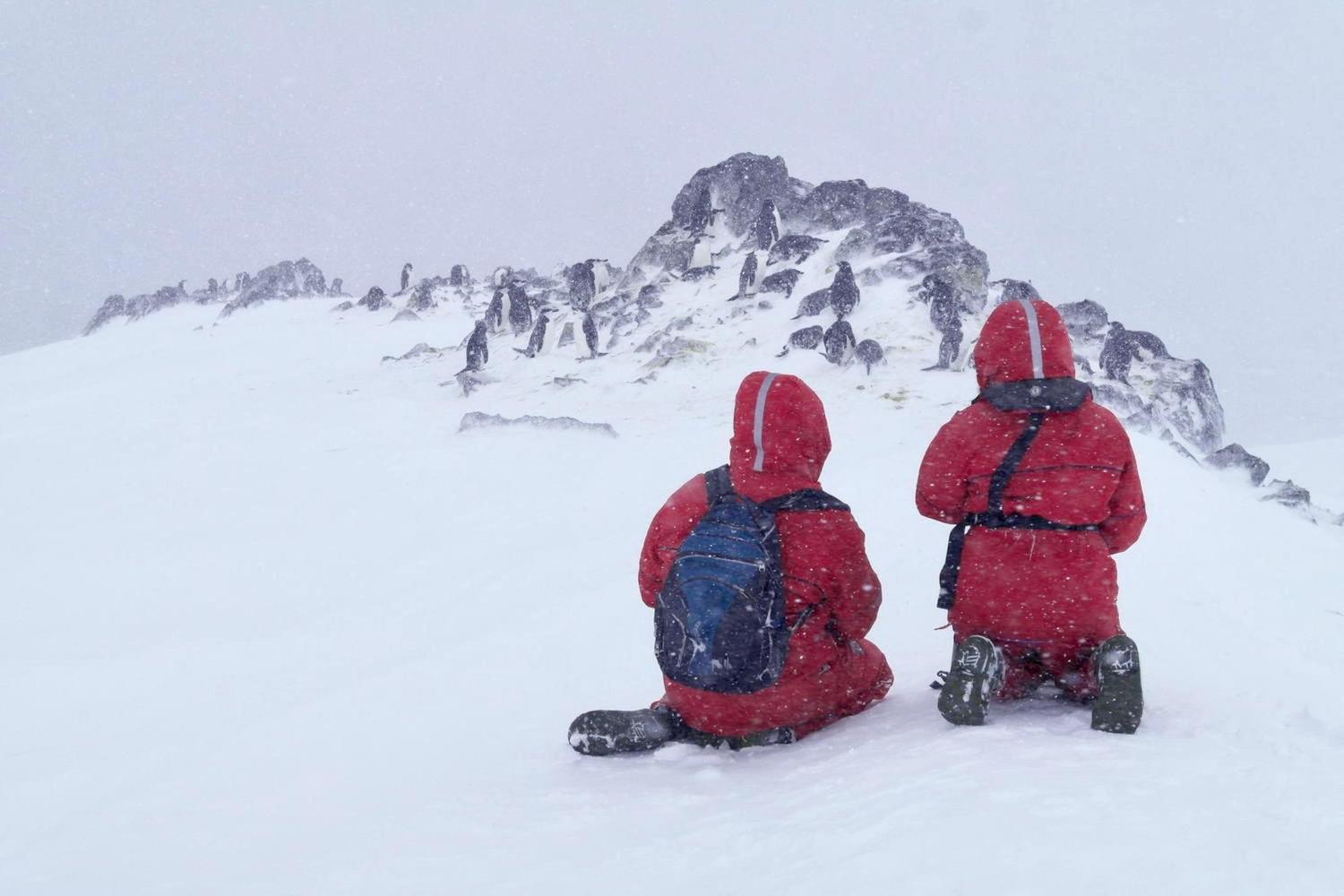 The more you look, the more you see. If you're travelling early in the season, you have the wonderful courtship stage - mutual head bowing, apparent hand holding (that anthropomorphism again) and, bluntly, a fair bit of hanky-panky. As the season moves on of course, you get the newly-hatched chicks - all furry - definitely enough to make you want that new dishwasher... Then the chicks moult, they all move on, and the cycle continues.

I found the more I saw of penguins, the more intrigued I was. Aside from the splendidly regal Kevin, a coiffured prince of a macaroni amongst the more prosaic chinstraps, we were also lucky enough to see two leucistic gentoos in the colony at Gonzalez Videla (a Chilean military base in Paradise Bay). A leucistic penguin is one which has a genetic deficiency resulting in them being unable to produce full pigment in their feathers. They are not albino, as they do have colour, but rather than the normal black coat, they appear a golden-brown (or beige, if you were being uncharitable). They are also known as 'Isabela' penguins, named after the wife of an Austrian king. Legend has it she swore she wouldn't remove or wash her underwear until his siege on the town of Ostend, which turned out to be around two or three years later. So while her undergarments were white on his departure, they were most definitely 'leucistic' by the time he got back...

The more you look, the more you learn. There's a thousand other facts about penguins, which I'll let the specialists tell you about (all factual errors in this blog are purely mine). They are one of the world's most endearing species, and are worth the ticket alone. So do dance like a penguin and support WWF's campaign - these little guys deserve our support. And one final, little known fact about the penguins - they're shy, but they love to dance. Have a look at this video and see if you can spot the gentoos trying to sneak into the action!