I believe it was Vincent Van Gogh, in the latter years of his short life (and even shorter career), who properly drew our attention to olive trees. Or rather, to their delicate beauty and complex structure, because one cannot exactly fail to notice them when visiting Central Andalucía (or Provence I assume). They define the landscape, both in the presence of endless organised groves and the associated existence of the rather less attractive olive mills which append themselves to small villages.

By extension, one cannot stay with our friends Tim and Claire at their farmhouse, an olive pip's throw from Priego de Córdoba, and not have it "smack you in the face as soon as you arrive" as a fellow guest, an Aussie with a knack for clarity, remarked to us. So it's easy to appreciate the scale of Andalucía's olive groves. The word ubiquitous somehow feels like an understatement.

But to properly acquaint yourself with the distinctive form and silvery leaves of an olive tree, you need to lace up your walking boots. The dog is optional, but Tim and Claire will be as grateful as Ruby will be if you were to share her company. Be warned though, she is something of a maverick. You'll be walking less in her direct company and more in the same vague postcode as her, out of sight amid the sea of olive trees. "Ruby, Ruby...Ruby!" I was starting to sound like Ricky Wilson and his fellow Kaiser Chiefs.

Our destination for this circular walk was a ruined hilltop Moorish watchtower. Being the frontierland between the Islamic kingdoms of the south and the advancing Christian armies in medieval times, such crenellated monuments were commonplace around Jaén and Huelva. They were the first line of defence of the besieged cities. 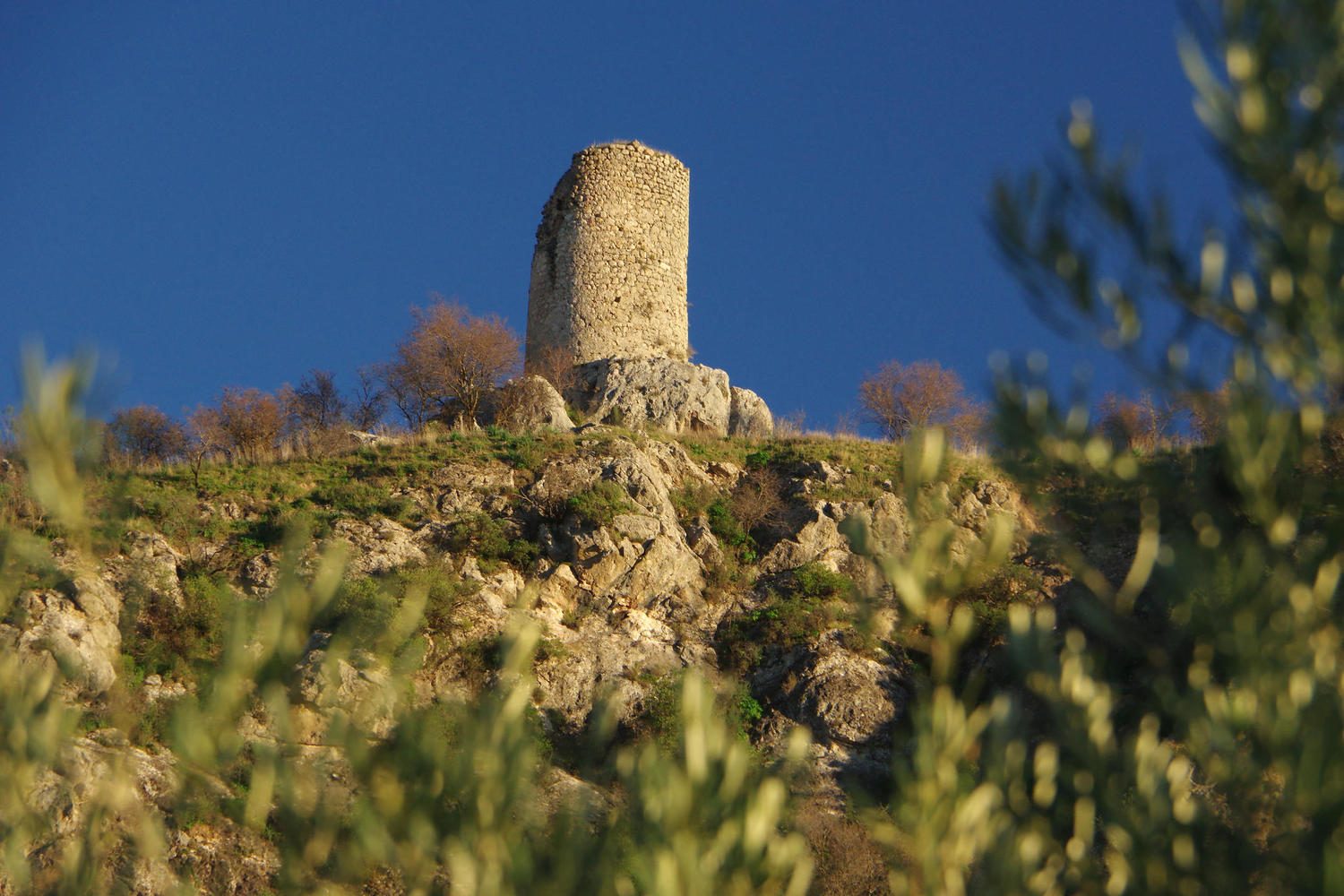 They are, as they were then, rather lonely places. There is an obvious beauty to be observed from such a lofty perch; perfectly-plotted olive trees, some centuries, even millennia-old, sweep their way across the valley floor and up the undulating hills, which halt their advances only at the upper reaches of their ascents. A compact whitewashed village appears like an oasis in a desert far below. Often a cloudless sky stretches from horizon to horizon, hill to hill.

Such beauty is little-changed since Moorish times, with a reassuring permanence. There is though a monotony which, at some point, must begin to take on a less inspiring aspect as the days and weeks roll on by in the life of a Moorish lookout.

On this day though, we had just about enough time to etch the moment on our memories, catch our breath and give Ruby a much-needed break and drink. If and when you pass this way, consider elongating your stop with the aid of a picnic. I can think of few better spots to linger over a couple of slices of crusty bread, drizzled with early-harvest extra virgin olive oil and sandwiching a few thin slices of prime jamòn ibèrico or creamy goats cheese.

The descent down past the pine forest and through the olive groves was done in the company of the slowly setting sun. By the time we reached the road, the entire scene was bathed in a soft light. Plump olives, waiting patiently to be harvested, were silhouetted against the golden hue, the dusky outline of distant hills were stacked up one in front of the other and our long dark shadows stretched themselves out behind us. 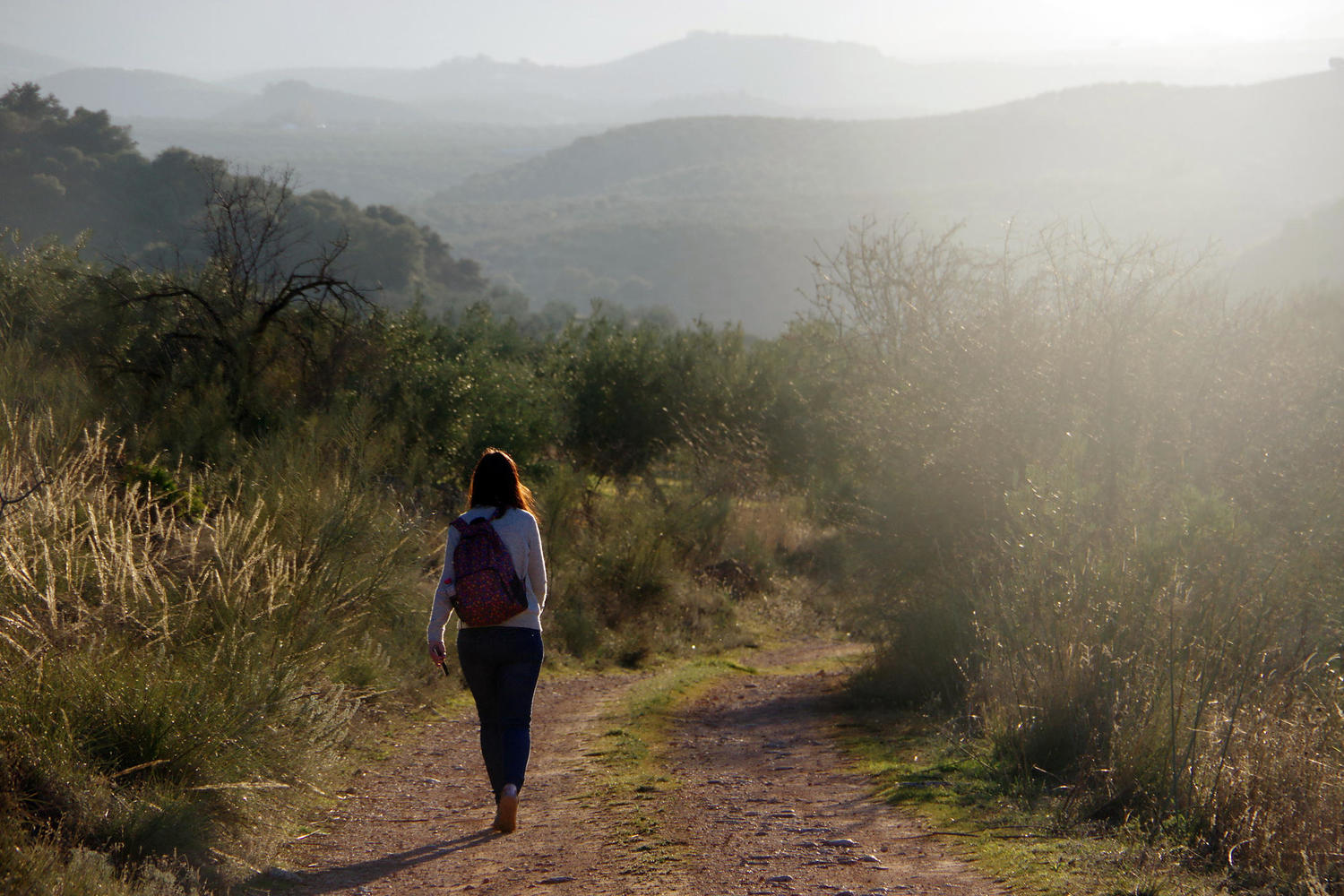 Learning 'How to Travel' in Andalucía