Venezuela, a point of view 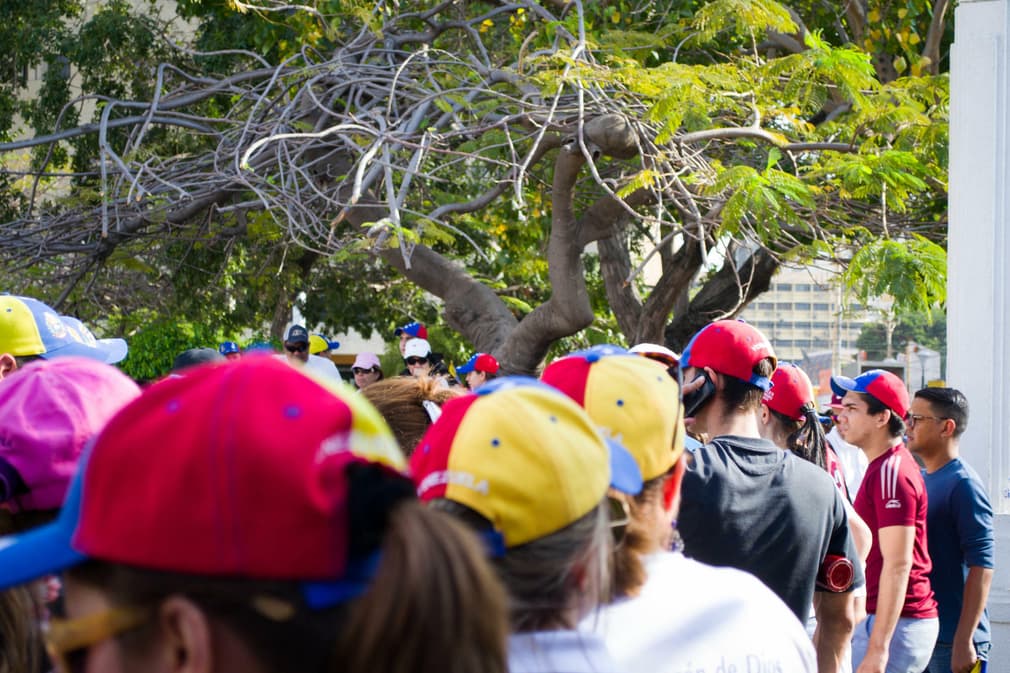 I was talking to my sister-in-law last Sunday when conversation turned to the situation in her homeland of Venezuela. Despite having left 20 years ago, her family remain and the collapse of the country is incredibly upsetting for her.

I asked Karina to commit to paper some of her thoughts, no claim of objectivity, no claim to particular expertise but maybe you, like I, will find it provides another, more personal, dimension to what otherwise is an occasional news story when Brexit momentarily moves aside...

After 20 years of the present situation, I hardly know where to start.

I suppose it all began with years and years of mistakes made by previous governments in not adequately investing in the population. The poor became poorer while the political elite got richer. Chávez arrived, from poor to military top-brass, becoming the voice of the needy. Chávez era social reforms made such a difference to the lives of those who did not have opportunities before, he became a demi-god.

Upon his death in 2013, Maduro took the reins with the blessing of "Dios Chávez” and has ruled by decree more or less ever since. His ineptitude and weakness of character means that he has surrounded himself with strong personalities of dubious backgrounds. They have exploited the people, using them as their pawns. They spend their lives blaming foreign countries and the opposition for all the country's problems without ever coming to grips with their role in the collapsing socio-economic fabric of the country.

My relatives and friends, like the rest of the population hungry for change, live in constant fear. Several have suffered a lot at the hands of the government. My nephews can’t go out of the house alone because the military are kidnapping and forcefully conscripting young men. One of my sisters, a lawyer, eventually fled the country last year. She told me that she didn't want to emigrate but unfortunately with the extreme violence and poverty she and her family have had to, leaving all her dreams, family, friends and property in Venezuela.

"Many of us have sold everything we own, to save enough for bus tickets to the borders of Colombia and Brazil. Others have just walked, suffering along the way at the hands of the Maduristas, militias, police and military."

"What is one to do, when they murder senselessly and hunt you like animals? What do you do, when you see babies dying from malnutrition or lack of medicine or adequate medical care? You are forced to make the harsh decision to leave your beloved country, without really knowing how other countries will receive you, but any other reality is better than the present situation in Venezuela."

Migrating makes you feel as if you are an orphan

Emigrants are very grateful for their welcome in the countries that have received them. Many are professionals, who have sought jobs in any area that work is offered. They do not want to be a burden for these countries, they work to give thanks and also help the community that now houses them. They work to put food on the table or provide their family with medical care. Parents want to give their children at least part of their childhood as something they remember with joy rather than as a nightmare.

This supposed revolution has ruined a country blessed with many natural riches, riches which the government has squandered and used for its personal benefit. The millions who are still suffering within the country, pray daily for a miracle so that, after 20 years of this ordeal, the abuses of human rights end.

The government has wanted to suppress the soul of Venezuela, but they will never extinguish the flame they carry inside. At this time all Venezuelans are listening to, singing, three songs that identify us:

The lyrics give us strength and hope that one day soon, Venezuela will wake to a new dawn.

It will take years to rebuild the country and Venezuelans want to be the ones to propel the country forwards under their own steam, but corruption is such that it has been extremely difficult to effect change internally so we might need help. We want a peaceful transition so that all Venezuelans can live in democracy, freedom and peace.

Hola Sr Trump! Here’s how to talk to your neighbours