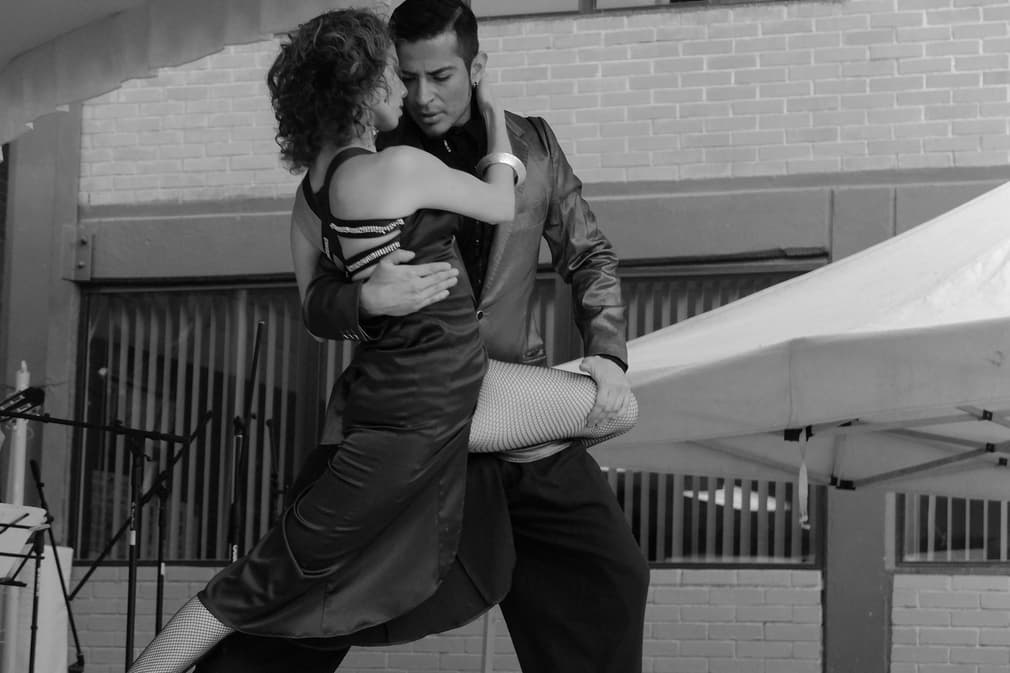 Tango is known worldwide, but not so many people know where its cultural significance comes from and what it represents today.

Although it has come to illustrate the glamour and elegance of high society, with ladies in sleek glittery evening robes and gentlemen in tux and tails, at its beginning tango was related with gangsters and the rough, immigrant underclass of Rio de la Plata (Buenos Aires, Rosario and Montevideo).

The intermixing of population since the end of slavery in Argentina (mid 1800s), had an important significance on its culture. Added to that the port of Buenos Aires overwhelmingly immigrant populations from Europe at the end of the 19th century, which resulted in a big and wonderful melting pot. And it was the music that built part of the new identity of Rioplatenses, blending countryside milonga, Cuban habanera, and African-influenced candombe with European polkas, waltzes and mazurkas.

But as most immigrants were males, it also caused an important gender imbalance in the city. Musicians were then employed to entertain queues of men in the brothels, who danced together while awaiting their turn, the tango was born.

Originally, the dance developed as an 'acting out' of the relationship between the prostitute and her pimp. At that time, the titles of the first tangos referred to characters in the world of prostitution. These tango songs and dances had no lyrics, were often highly improvised, and were generally regarded as obscene. Moreover, the early tangos not only represented a kind of sexual choreography, but often a duel, a man-to-man combat between challengers for the favors of a woman, that usually ended in the symbolic death of an opponent.

It was only once it was taken to Paris in the early 1900s by Argentine sailors that tango became a massive hit worldwide. This international popularity meant that it suddenly had cachet with the middle and upper classes of Argentina, who quickly embraced it.

Bawdy lyrics were then abandoned in favor of much more poetical and beautiful lyrics - leading to tango orchestras and singer celebrities starting to emerge in 1918. Superstar singer Carlos Gardel is the best example to cite here ( enjoy the video below ), this handsome, charismatic performer has reached hero worship status in Argentina - his childhood home is now a museum: Museo Casa Carlos Gardel.

Unfortunately, Tango suffered from the military coup in the 1950s, leading it into its dark ages. It was not until the return of democracy in the 1980s, that tango had a revival or can we say a tango renaissance?

Today, the average porteño is much more likely to go and see tango musicians than tango dancers.

However, catching tango in some form is a must when visiting Buenos Aires. The city is full of tango, from a touristy tango dinner show to a relaxed and authentic milonga (tango dance hall). If ever you have the opportunity to go to a milonga, and you're courageous enough to dance in the crowded floor, be aware there are many unwritten rules. Here are probably the most important:

Here are some recommended milongas in case you want to enjoy an unforgettable tango night:

Salon Canning boasts one of the best wooden dance floors in Buenos Aires. It gets totally packed by midnight, so get there early. You will see a good mix of ages and levels of dancers. They usually have very good live music - a little bit of everything - and dance performances.

What better place to dance tango than the place it first emerged? This milonga is located in the middle of the San Telmo market, outdoors. It is very relaxed and you definitely won't be the only tourist taking photos.

If you want to see men in bespoke suits and women in their best dresses, this is the place to be. Located in a grand old hall of the mythical Centro Región Leonesa, it used to operate under the name Niño Bien.

This is the after party of tango, a great place to finish the evening as it is free from a certain hour (1 am during weekdays and 3am during weekends if we remember corrently). On Sunday mornings they also offer a delicious breakfast!

Opens between 22:30 to 07:00 on Wednesdays, Thursdays, Fridays, Saturdays and Sundays.

This is an institution. A former grain factory converted into a hip club with an eclectic décor. It is definitely one of the most unique spaces in Buenos Aires and has a very relaxed feel.

Classes for beginners are even available everyday between 18:00 and 19:00pm.

Opens between 18:00 to 04:00 on Wednesdays, Thursdays, Fridays, Saturdays and Sundays

Our Argentina holidays   Get in touch   Subscribe to The Pothole