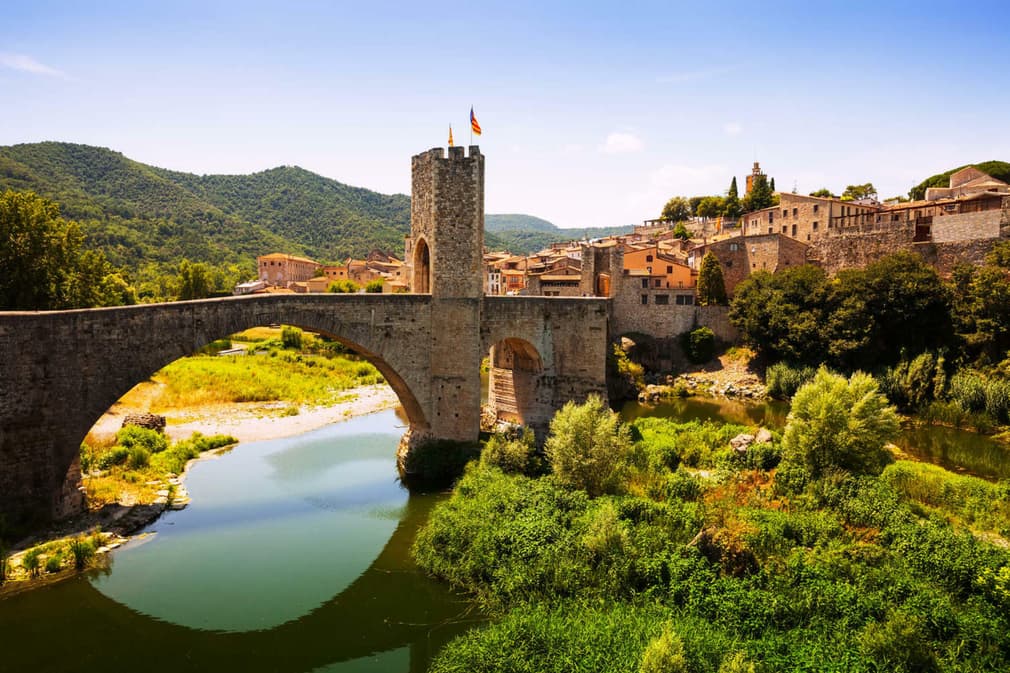 Every two years in early October, thousands flock to the beautiful Spanish town of Tarragona to watch the ‘Concurs de Castells’, the gigantic human towers competition.

You may have already seen human pyramids but probably none like these, they can reach 12 metres in height.

The biennial Tarragona Human Tower Competition gathers together the best ‘colles castelleres’ (teams of castle-makers) of Spain - mostly from Catalonia - compete to create the best construction defined by its complexity and height.

The teams have five rounds to build their best towers. The final classification is based on the sum of points gained for the best three towers built by each team. The team with most points wins.

In the middle of the arena, the colourful towers rise tier by tier in a succession of six to nine stages. The human towers are formed by ‘castellers’ standing on the shoulders of one another.

First, the base of the tower called the ‘pinya’ is formed. Once done, the ‘gralla’ (traditional Catalan wind instrument) plays the traditional ‘Toc de Castells’ song to set the rhythm to build the stages of the ‘tronc’. Then to complete the tower, the ‘enxaneta’ (a child) has to climb to the summit and raise the hand ('aleta') in order to indicate the castle is done. Finally, the dismantling of the tower occurs layer by layer, starting with the highest tiers, it can often be the most dangerous part.

This terrific video will make you want to see this fantastic cultural experience in person!

The Catalan tradition of building human towers is said to originate back to ‘Balls de Valecians’ and ‘Moixigangues’ from the 15th century, which were dances that incorporated the construction of human towers.

Despite the turmoil of the Civil War and subsequent dictatorship and more recently by the serious economic crisis in Spain, the castell tradition is stronger than ever before.

Catalonia’s increasingly vocal demands for independence has presumably brought a surge in popularity for this uniquely Catalan phenomenon. The tower-building spectacle, central to Catalan culture, serves as an important source of regional pride and a point of differentiation from the rest of Spain.

Declared Cultural and Intangible Heritage of Humanity by UNESCO in 2010, the authorities now have responsibility to ensure the survival of the competition and also to promote it within cultural, educational and social spheres.

The international recognition has also helped generate new activities around human towers such as dance, music, concerts, fireworks, and street performances. And while other championships take place every year from June to November in Catalonia, the biennial ’Concurs de Castells’ of Tarragona is the most important one. If you want to be among the 6,000 spectators in Tarragona’s arena, you must be purchase your tickets at concursdecastells.cat .