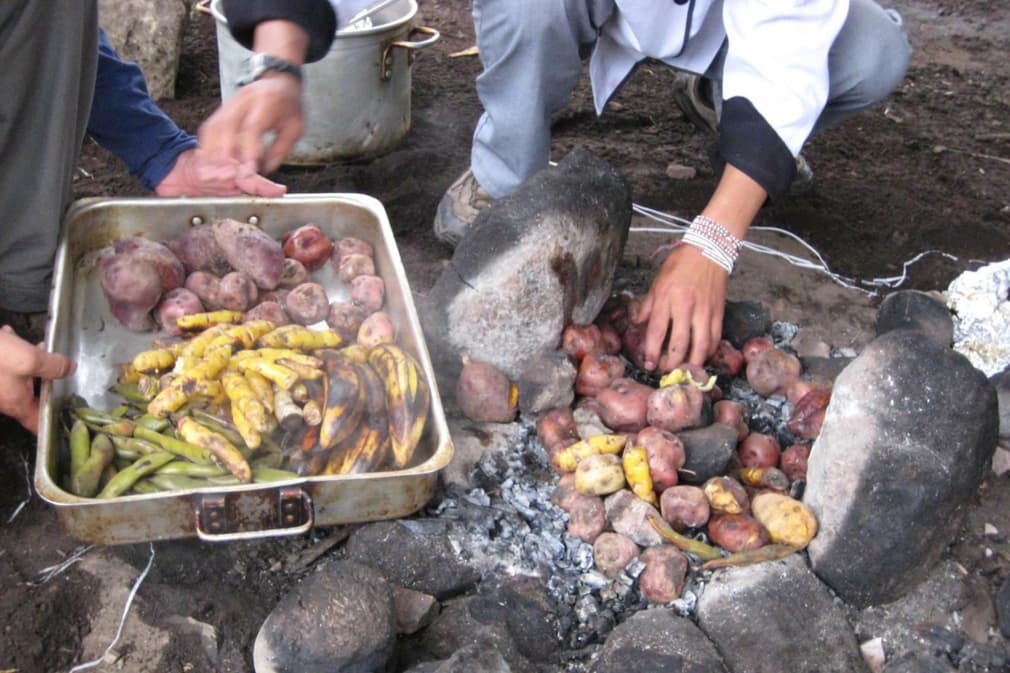 Modern Peruvian cuisine is the result of a nearly 500-year old melting pot of Spanish (and other European), African, Japanese and Chinese immigration, and native Quechua culture. It is surely this multicultural fusion that makes it one of today’s most fashionable and sought-after cuisines.

Superstar Spanish chef Ferrán Adrià has commented: “Peruvian cuisine has a lot of tradition and a great variety of products. What is traditional for Peruvians may be modern for us; the combination of sweet, salty and sour tastes, for example. It is a very personal cuisine, with lots of tradition but also open to change.”

In this article, we take a look at the traditional indigenous diet in Peru, that has been ignored and even boycotted until recently (we tell you why). But before we dig into that, it’s important to highlight that Peru is one of the most biodiverse regions in the world and the indigenous civilisations that thrived here already had a rich array of native foods, recipes and techniques before the Spanish arrived.

Speaking broadly, traditional Peruvian food is based on five main staples: corn, potatoes and other tubers, Amaranthaceae (quinoa, kañiwa and kiwicha) and legumes (beans, lentils, chickpeas). But of course, more local recipes are dependent upon the geographic area and climate of each region.

Because the first Spanish settlers established themselves on the coast, traditional European crops (such as wheat, barley, beans, and carrots) were favoured in this area. Because the Andean mountain regions were geographically and politically isolated, their traditional food was not available on the coast. During the colonial period and up until the Second World War, anything that could be regarded as native or Indian was unfortunately ignored. Traditional food plants, which the indigenous people continued to eat, were regarded as ‘peasant food’ to be avoided. Creole cuisine was therefore the most widespread along the coast of Peru.

Fortunately for us, Andean communities preserved their ancient traditions and food for centuries, but it was not until the 70’s that efforts began to bring native food plants out of obscurity. The Andean diet most closely resembles the food that the Incas prepared hundreds of years ago. With more than 3,000 varieties of potatoes being native to the Andes, the mountains’ diet is based on potatoes (traditional dishes include Tocosh, Puka Pikanti), as well as corn (Tamales) and an assortment of tubers (Olluco). Traditional meats come from indigenous animals like alpacas and guinea pigs (Cuy chactado). However, Pachamanca is perhaps the most distinctive dish. Cooked all over the Andean region of Peru, it is made from a variety of meats, herbs and vegetables that are slowly cooked underground on a bed of heated stones. Andean cooking's main freshwater fish is the trout, which is raised in fisheries all over the highland region.

Amazonian cuisine is naturally formed around the products of the Amazon rainforest. Many animals are therefore hunted for food here, particularly freshwater fish such as Paiche, Gamitana, Sabalo, Palometa, and Piranha among others. They are often prepared in soup (Timbuche) or grilled with vegetables (Patarashca). Animals used for food include boars, monkeys, and deer. Finally, fresh fruits and vegetables are also widely available here: mango, pineapple, star apple (which are in fact non-native), or mammee apple, cherimoya, guanabana, taperiva, and copoazu are some of the most eaten. But perhaps the most interesting one is the native Camu Camu, which is said to contain 40 times more vitamin C than the kiwifruit!

With such a great variety as a basis, you can understand why Peruvian food is shining as the world’s most exciting, vibrant, eclectic cuisine of our times. This resurgence is even making Peruvians feel closer to their land and proud of who they are, helping to forge a new sense of national identity.