Make sure that everything runs as planned

1st October 2018 marked a year since the Catalan Independence referendum was held. Time flies doesn’t it? I am sure that most of us were following the news as it happened, with a certain level of suspense. The referendum was one of the biggest political events in the history of modern Spain. More than two million people voted in favour of Catalan independence, which amounted to approximately 90 percent of all of the votes. However, after a series of rather intense political events, the results were declared void and the Constitutional Court of Spain ruled the referendum as illegal.

What’s next? Well, a year has passed and most of us back in the UK have our minds set on the headlines of our own political events. I guess it is fair to say that our main focus has turned to what is happening within our borders and the previously loud noise around the Catalan referendum has gone silent. It seems.

"Everywhere I looked was a sea of yellow - ribbons, flags, posters and spray painting - all calling for freedom of Catalonia's political prisoners"

On the last day of September, I was incredibly lucky to retrieve my hiking boots from my wardrobe and spend a week walking between the most beautiful medieval villages of rural Catalonia - from lush, green oak forests and pine trees, to the rocky coast and sand between my toes. I was also pleased to receive a warm welcome - 27 degrees and not a cloud in sight. Weather aside, my first rural retreat sat deep in the forests of the Garrotxa Natural Park and I was thrilled to enjoy the breathtaking scenery, delightful food and peaceful silence.

How well my expectations were met and exceeded.

Throughout the week, something kept catching my eye - either on the side of the motorway, hanging off the beautiful Romanesque church of Santa Pau, swaying from the balconies in the medieval town of Banyoles or on the distinct Eiffel Bridge in Girona.

Of course, not literally, but it felt like it - no matter where I looked I could see yellow - yellow ribbons, yellow flags, yellow posters or spray painted statements on the side of the abandoned mountain hut - ¡Libertad para los presos políticos catalanes! 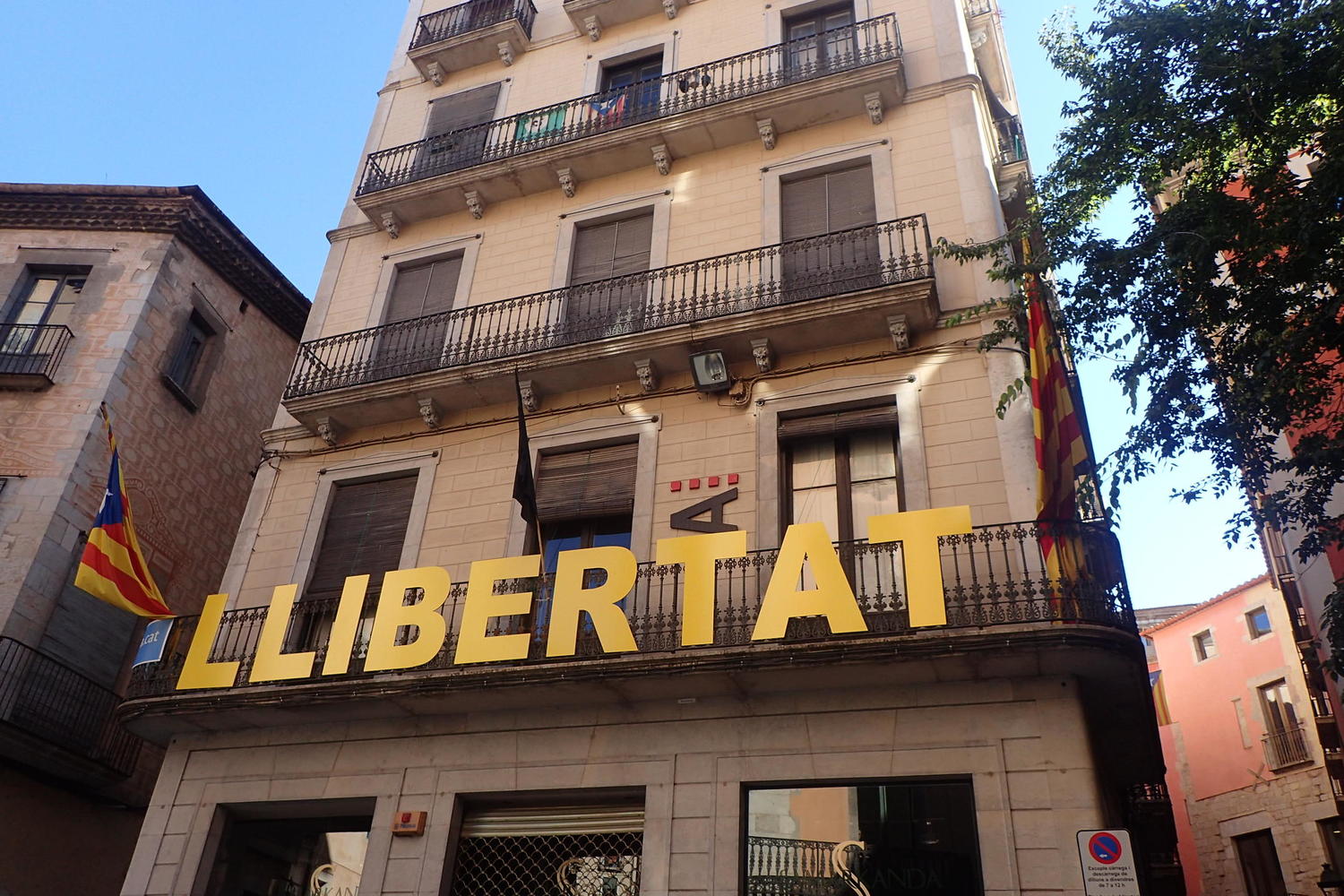 The yellow ribbon may have started as a symbol of Catalan independence but it very quickly became a sign of something much more - of solidarity with secessionist leaders of the independence referendum who were jailed or had to leave the country to avoid the trial. Not to mention as a sign of freedom of speech and the fight against Spanish rule.

"As long as the ribbons are being ripped off, more will go up in their place. A silent argument will continue, played out on the streets of Catalonia."

Of course, the demonstration of ribbons has been going on for a while and has received a lot of mainstream media coverage. But only in the summer months of 2018 did the ‘war of yellow ribbons’ begin - as locals call it. Whilst the majority of Catalans do stand with the imprisoned leaders, a significant number of them firmly believe that public spaces should remain free of political beliefs. This disparity in opinions has caused a clear split between the two groups - those who organise meetings, usually at night time, and then pull the ribbons down and those who, well, do the opposite. 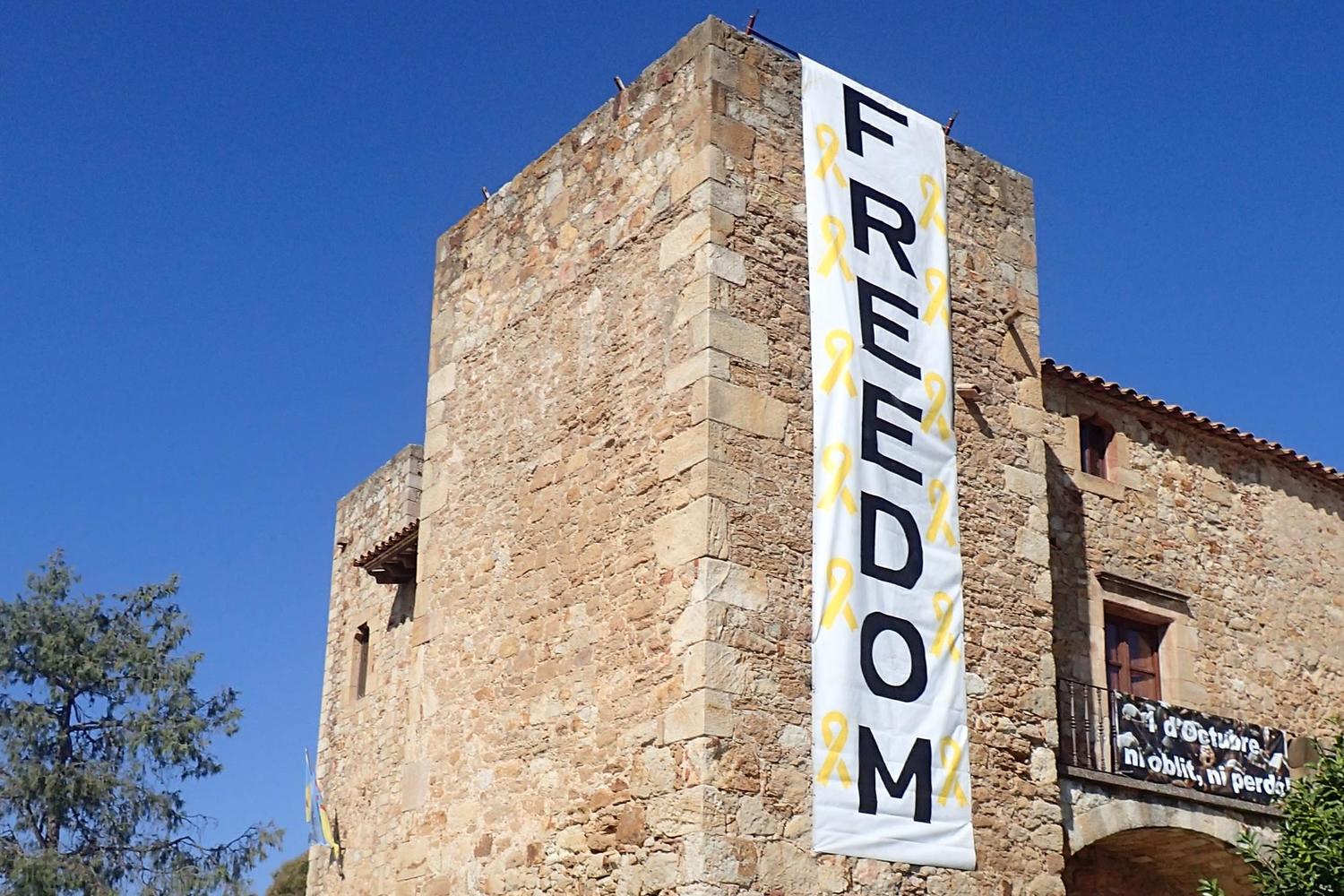 Pep Cruanyes, vice president of the pro-independence Catalan National Assembly has expressed that “public spaces shouldn’t be neutral. Democracy should allow us to express our ideas and to dangle yellow ribbons or banners asking for the release of political prisoners. We will put up yellow ribbons peacefully, as many times as necessary’’ - which simply means that as long as the ribbons are ripped off, more ribbons will go up. As neither of the groups are breaking the law, this turns into a silent, and very yellow, argument that is so visible on the streets of Catalonia.

Whatever your opinion is, make sure that you spend at least a little bit of time to read the headlines of Catalan newspapers. For most of us this beautiful part of the world has a very special place in our hearts - let’s make sure that we keep listening.

If you are heading that way yourself, please share your opinions and photos - as ever, we love to hear from you.