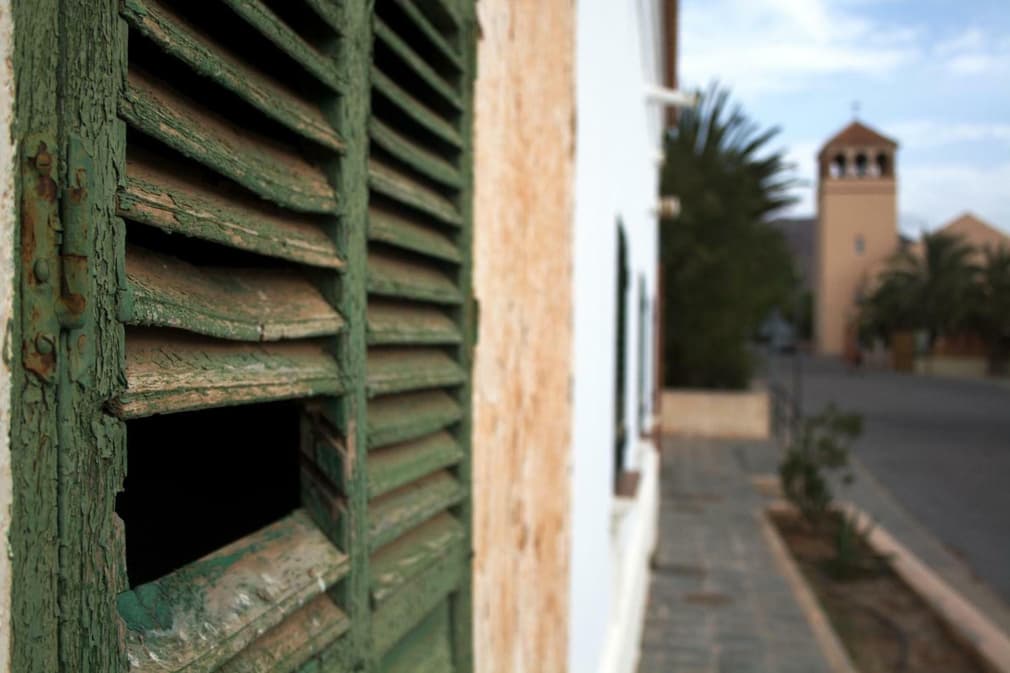 The most noticeable feature of life in the villages of rural Spain is that pretty much everyone is older. In fact, most people are downright old.

It's a process which happened one or two generations ago in other European countries but in Spain, it started later. We'll blame the wilderness years of Franco for that one.

What it does mean is that many, many villages in Spain are seemingly populated by almost exclusively old people.

With many that I have visited, you get the feeling that they are a critical point where the community becomes completely unviable and the remaining inhabitants move out en masse as essential services become unavailable. The closure of the last shop, the removal of the telephone box…

When a community disappears, knowledge is lost, landscapes change and urbanisation takes another step forwards.

Why I notice this process in Spain more than elsewhere is that great swathes of the country are under populated anyway so you end up with ever larger expanses without populations. Not something we suffer from in the UK!

The other reason I notice it in Spain is that often, usually, the areas most affected by outbound migration are those which are the harshest (mountains, deserts) and almost by definition the most beautiful.

When I go to the Picos de Europa and see a shepherd in his high summer pastures milking and making cheese, I think it's incredible, picturesque, charming. It transports me away from the worries of the world back to a simpler and more relaxed time.

Would I elect to work in the high mountains as a shepherd, dealing with wolves, sleeping in a small stone hut for four months of the year for very little reward? No.

And that's the same answer most Spaniards have given over the past two generations. It's simply not a modern, European lifestyle choice.

I think it's impossible to criticise this but it is possible to be concerned about its passing. In the case of the Picos, the shepherds define the landscapes of the upper mountains.

The Picos de Europa mountains are not a landscape untouched by human hand but one which has been defined and moulded by humans working more or less in conjunction with the environment.

Take that human intervention out and the landscape as we know it crumbles.

Moving south into the Alpujarras mountains and the effect of migration really comes into sharp focus. When  you look at the mountains it isn't at first obvious but the hillsides are very extensively terraced.

Ancient systems of irrigation bring the melt waters of the Sierra Nevada down through water channels, asecias, to the farms and villages. Each year, every village employs people to go up and make sure their asecias are clear.

As David, owner of Las Chimeneas, pointed out. To get water from the top of the mountain to his patch of land in Mairena, a village half way down the mountain involves something like 54 sluice gates.

Sluice gates makes it sound more modern that it is, the system is largely a thousand years old. They are streams, rock channels, some concrete canals, waterfalls. The sluice gate might be a sluice, it might be a rock.

If you tried to model the provision of water to the dozens and dozens of plots of land just around Mairena then it would be incredibly complex. And yet, some of the old boys here just know it. They don't know how they know it and indeed would probably laugh at you if you said that what they were doing was actually very sophisticated.

The point is that you only need one generation to die out and that knowledge is gone. Once the understanding of the day to day use of the irrigation system is gone, the system falls into disrepair and swathes of these mountains become unproductive again.

Now for the glimmer of hope in the midst of the economic crisis in Spain. What people are realising, apparently in not insignificant numbers, is that it's better to be poor in the countryside than poor in the city.

Families which had left to live in cities, to work in construction, for instance, have found themselves out of work and struggling to cope in their urban surroundings.

Juan is one such man. He worked in construction in the coastal city of Almeria. When the work dried up, he and his family struggled on for a while before, as he put it, 'I realised that it's better to be poor up here in the mountains than down in a city. Here I can buy two rabbits and two chickens and my family has meat forever. I can grow my own vegetables and fruit. We could be poor but we would be fed. Down in the city, you would starve.'

In fact what Juan did wasn't to buy two rabbits (he's still got that in reserve) but to take over the little bar in the village of Mairena.

He's doing a fantastic job, is proving to be a great host and that's being rewarded with custom. The village now has a shop and a bar. The school has also got two new children ' in Mairena that's a 20% leap in registrations!

Repeating itself across Spain, not in every village, but in many this return migration is potentially great news for the environment, for the continuity of knowledge and for the continued survival of rural lifestyles. All of the things which I think make rural Spain so special.