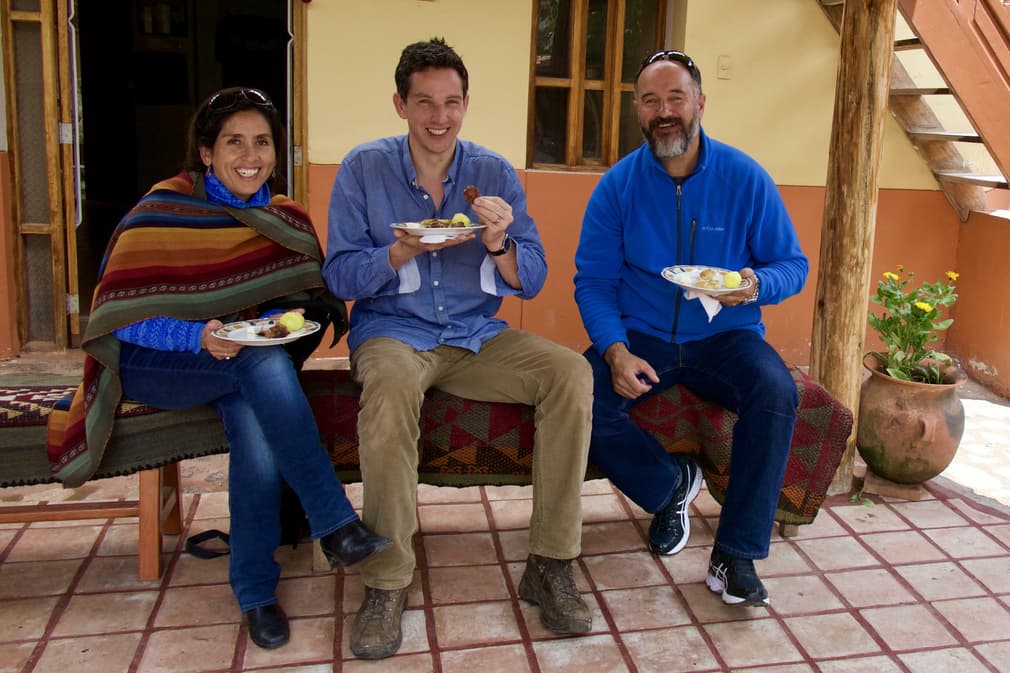 We are in the teeth of what is one of the bumpier patches in the history of Britain’s parliamentary system which is why now might be a good time to share this story.

Back in June last year, I invited our key Peruvian partner, Gabriela Valdez, to speak at an event in London to announce the formation of Pura Aventura in Peru. It was a chance for her to meet our people here and understand our systems. It was also her chance to take up a long-standing invitation to be shown around the House of Lords by a client-friend.

Flights booked, invitations printed, guest list finalised, there remained just the formality of a visa. With time short and paperwork processed all the way up in Colombia, we sprung for the expedited service costing north of USD $600.

After a couple of weeks waiting, and the flight rapidly approaching on the Sunday afternoon, to even get an answer we had to send someone to an office in Lima at 4pm on the final Friday afternoon. The answer was a refusal of visa along with an effective 10 year embargo on reapplying. No right of appeal.

This was a woman with a family, and business in Peru, a husband who holds a European passport and who has travelled on many occasions to our continent. Although anger, frustration, embarrassment all come into play, bemusement was perhaps my strongest reaction.

Mainly though, I was left with a deeply offended Peruvian partner. The decision had a direct, significant, negative impact on our ability to work together.

To save the situation, I felt that I needed to embark on a Quixotic mission, to take a tilt at the windmills of the immigration system. In truth, my presumed best outcome was a letter from my MP to the immigration minister making representations on our behalf. A copy of which would show to our Peruvian partners that we ‘had their backs’ and would kick up a stink on their behalf.

I hadn’t counted on the office of Caroline Lucas, Green Party MP for Brighton Pavilion.

Having emailed Caroline, I got a call back within hours. Despite having a stack of heart-rending stories of immigration woes, they were happy to take on the case. I most certainly didn’t want our case to supersede any of the more painful cases but I did feel that the fact that our story was about preventing business from happening might at least provide an alternative line of appeal to the Home Office.

On the advice of Ms Lucas' office, we contracted an immigration lawyer to write an opinion on the case. They had many, many stories of the Kafkaesque nature of a system based on decisions made by poorly resourced staff in remote offices, yet no right of appeal.

The opinion we received was conclusive, with substantial case law in support of us. And yet, the lawyer himself had very, very little faith that it would make any difference. Ditto the office of Caroline Lucas. But no matter, paperwork was sent, supporting letter from Ms Lucas….our reward was a lightning quick reply from the immigration department saying they would not be reviewing the case. No right of appeal means, no right of appeal - even if the original decision is verifiably incorrect under law.

As I mentioned, for me, mission was accomplished with the sending of the letter, I now had proof positive that I had done what was possible for Gaby though there was no change of heart on the part of the immigration office. Though I had constantly advised that success was vastly unlikely, I still needed to find the right time to deliver the bad news to Peru.

After a busy week of my burying my head in the sand, I got an email from Caroline Lucas’ office to say that they had received a second letter. This time, Gaby was to receive her visa - original mistake righted and right of appeal granted, in a strange way. Granted, we were in October and the keynote speech was four months past but this was nevertheless like a massive Christmas present. In fact, Christmas came and went with no sign of the actual visa. However, I met up with Gaby in mid-March 2019 down in Santiago de Chile - the previous week she had finally received her visa, along with a grovelingly apologetic phone call from the visa section in Bogotá. Best part of a year late, now useless, but the point is that our business in Peru can go ahead.

The bigger point is that there is a glimmer of hope that an immigration system with checks, balances and accountability isn’t an impossible dream. And the biggest point, is that there are some bloody good constituency MPs out there.

Paradox of Our Age

Doing the Inca Trail to Machu Picchu the Pura way