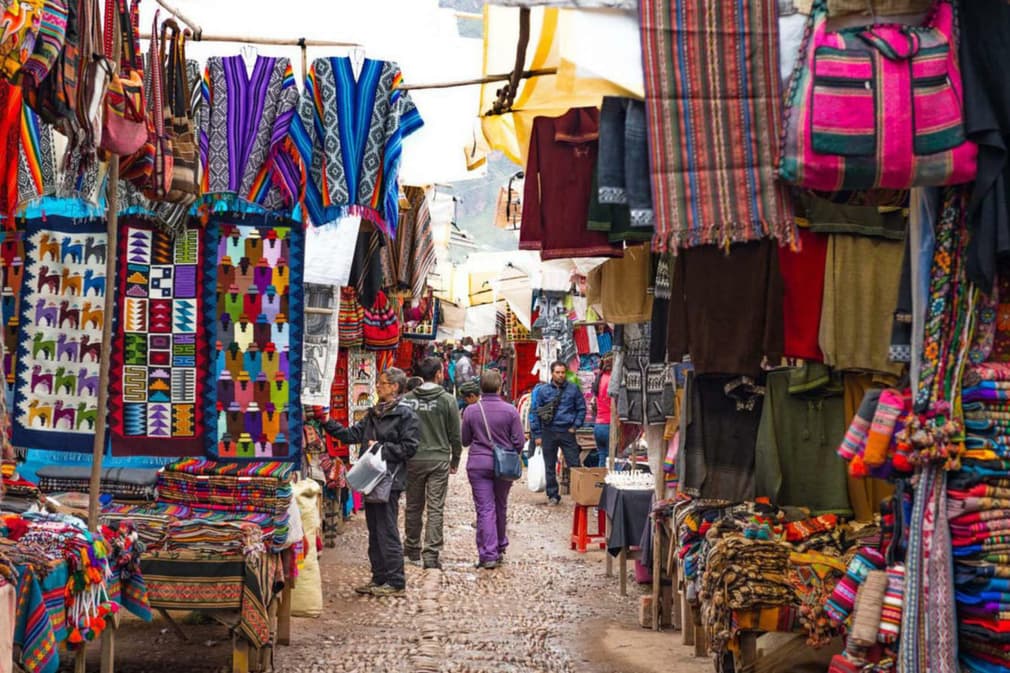 Some people worry that by learning Spanish in one country, they won’t be able to understand the dialect of another.

Whilst this isn’t totally true, the reality is that each Spanish-speaking country/region has its own unique idioms and style that won’t be immediately understood by outsiders.

To help you avoid confusion, here are some of the most useful expressions used in everyday life.

Shopping in Latin American countries can be a challenging experience for a new traveller and learning how to regatear (haggle) can be challenging. Here in the UK we are all used to having price tags on everything, however on the other side of the Atlantic it is common practice to haggle (obviously we’re taking about craft markets, not big shops).

Of course not all countries treat haggling the same way, in Mexico for example, bargaining is almost part of the selling process and you can sometimes get half off the nominal price. Although in other countries like Costa Rica, you’re likely to get dirty looks from vendors and locals if you ask for anything more than 10-20%.

I admit it can be tiring and hard on your nerves at times, but if you keep an open mind and have some fun bargaining back and forth it can be very enjoyable - perhaps one of your most rewarding experiences on your trip. So here are some top tips you might like to follow:

Tapas in Spain are such a gastronomic tradition that going for tapas is to simply suggest meeting up for a drink. With dinner usually served some time after 9 p.m., Spaniards tend to go bar-hopping to open up the appetite before settling into a restaurant with friends.

To go ‘de tapeo’ or ‘a tapear’, it is not only an excellent and delicious way to savour the local cuisine, but also a fun and expedient manner in which to meet with locals who are eager to chat. ‘Tascas’ (tapas bars) are indeed a window into the Spanish soul and local gastronomy.

Traditionally, tapas were small snacks served with every round of drinks. You would not be charged for it. Nowadays, it is relatively rare to strike it lucky but the further south and the more ‘local’ you go, the higher your chances of free tapas.

Assuming therefore that you are paying, there are a few methods bars can use to keep track of your bill (you always pay when you leave).

One is that the barman jots down your bill in chalk on the bar itself. In which case you shouldn’t go changing spots, pick a spot and stay there. Don’t go flitting from pillar to post!

Another is the toothpick method, particularly in the north of the country where pintxos are more common than tapas. These miniature towering gastronomic works of art are usually build on a bread foundation and held together with a toothpick. You sometimes help yourself but pop the toothpicks in your top pocket in order to keep track of your consumption.

Finally, and somewhat common to all methods, there is the trust method. Spanish bar staff are invariably incredibly good at what they do and know who’s had what, when. However, it is assumed that you will help out and list what you’ve had if needs be.

As you can see, the tapeo has an etiquette all of its own. As well as the payment/billing hurdle, be sure to follow these five tips to avoid a terrible tapas faux-pas:

A top used expression for Spaniards and in some countries of Latin America, ‘vale’ is used to say ‘okay’, or ‘right’, as when confirming or agreeing with a statement. In fact you will hear this word every single day in Spain. People manage to get the word in between every breath or say it several times in a row: ‘¡vale vale vale!’

So the meaning it has today is relatively recent, around the 70’s the interjection ‘vale’ began to mean closing/ending something, for instance, when leaving. It then shifted to denote agreement so someone states the situation, the listener may say ‘vale’, thus saying that the deal is sealed or closed. Hence the meaning of ‘vale’ as ‘okay’.

At a restaurant, it is customary for the waiter to say ‘buen provecho’ or just ‘provecho’ to wish us good eating. It is considered it roughly the same as ‘bon appetit’ in French or English.

However, it’s not unusual to hear total strangers say ‘buen provecho’ to you as well when eating in a restaurant. ‘Buen provecho’ is used much more frequently than would ‘bon appetit’ in France or in the UK. In Spanish speaking countries it’s customary (if not near-mandatory) to wish others a good meal, a social custom like saying ‘bless you’ when someone sneezes. Of course its incidence varies greatly, so in Spain, it’s a polite though rather archaic/charming habit whereas in Chile, it is universally said.

Thus you should always express a ‘buen provecho’ to someone eating. However, don’t feel you need to jump up in a restaurant every time a table get served, it’s really something you would say to your own table before everyone tucks in (a la Bon Appetit) or when you interrupt or enter a location while someone is eating. The classic scenario is when you are being shown to your table in a restaurant and passing other diners already eating. The meaning therefore translates as ‘keep eating, don't let me interrupt you’, and partially it is a means of saying ‘good health’.

To reply to ‘buen provecho’, say either ‘provecho’ - if the other person is also eating - or with ‘gracias’ if they aren’t. If your mouth is full it’s probably better to just tilt your head, smile, or similar.

Over time, Ticos [tee-kohz], as Costa Rican like to call themselves, have developed a rich variety of expressions and vocabulary proper to their own culture. The most important of all is, without a doubt, Pura Vida.

Literally meanning ‘pure life,’ Pura Vida is about appreciating what you have in your life, no matter how big or little it may be. You can use this to reply to ‘how are you?’ or to say ‘thank you’, ‘you’re welcome’, ‘great’ or ‘hello’ or even to sign off – a sort of ‘ciao’. It’s an expression which effectively has to be said whilst grinning. It’s unique to Costa Rica, a badge of identity which they wear with great pride.

Funnily enough, this expression came from a Mexican film (‘Pura vida’ by Gilberto Martinez Solares) back in 1956. In the movie, ‘Pura vida’ is the expression of eternal optimism used by a comic character, played by the actor Antonio Espino, who unfortunately can't seem to do anything right. Following the huge success of the movie, the expression Pura vida was used nationwide years later.

In the Spanish-speaking world, British punctuality is seen as admirable yet a rather distant ambition. Lateness is not generally interpreted as rude or impolite as it is for us, so probably one of the most confusing expressions you can hear mostly in Mexico and Central America, is Ahorita.

While Ahora means ‘now’, the diminutive form ‘ita' added at the end is what makes all the difference. Ahorita could be translated to something along the lines of ‘little now’. It actually doesn’t represent a defined measure of time and it is often an ironic way to say ‘hold on’, ‘just a minute’, ‘in a bit’… This word is indeed open to interpretation as context and tone of voice play a big role, so you had better be attentive and clarify if they mean ‘now’, ’later’ or ‘in several aeons’.

For your guidance, if someone you’re talking with really wants to say ‘right now’, they will tend to say ‘de inmediato’, ‘ahora mismo’, or ‘en seguida’ - never underestimate the delaying power of Ahorita!