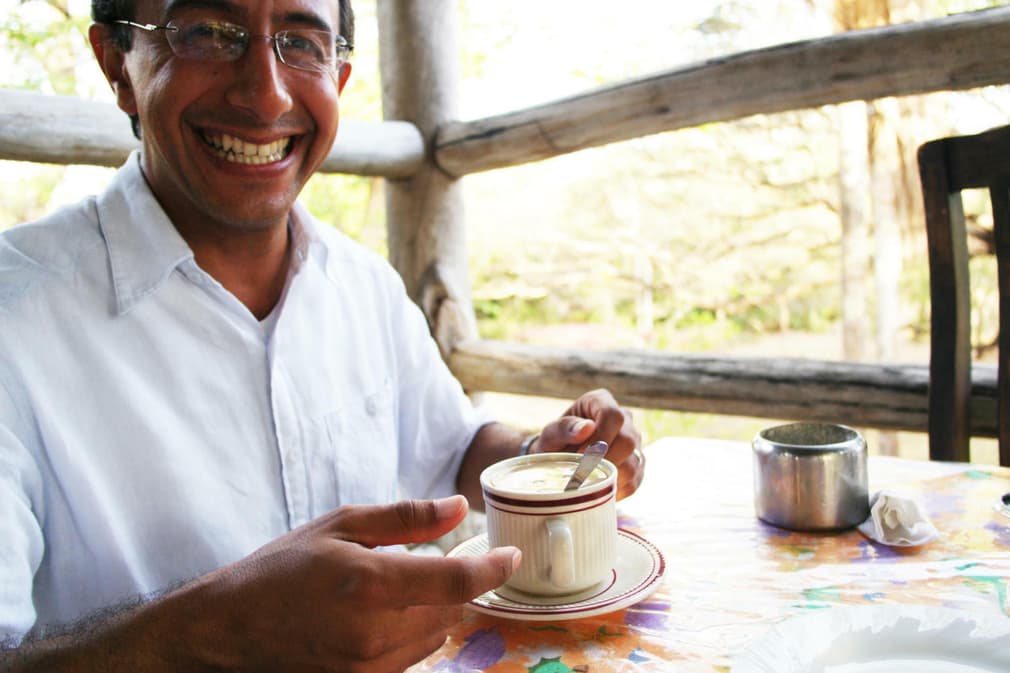 Costa Rica is home to a rich variety of expressions, street slang, and vocabulary. Its proximity to the Caribbean also made its dialect even more diverse. Here we provide you with the most commonly used words and sayings to help you understand Ticos:

This is the most basic one. A Costa Rican man is called a Tico, and a Costa Rican woman a Tica. It’s what they would call themselves, absolutely acceptable in all but the most formal settings – let’s face it, saying the more proper Costarricense every time would get tiring!

Probably the most used expression you’ll hear in Costa Rica. 'Pura vida' literally means 'pure life'. Pura Vida is about appreciating what you have in your life, no matter how big or little it may be. You can use this to reply to ‘how are you?’ or to say ‘thank you’, ‘you’re welcome’, ‘great’ or ‘hello’ or even to sign off – a sort of ‘ciao’. It’s an expression which effectively has to be said whilst grinning. It’s unique to Costa Rica, a badge of identity which they wear with great pride.

It refers to a taximeter. Taximeters are the norm in Costa Rica, though some cabs still don’t have them. It is worth asking the cab if he has a ‘María’ before getting in.

Literally it translates as ‘softly, to touch’ which makes no sense. ‘Un toque suave’ is a soft touch. So suave un toque is an inversion of language which means to say ‘gently does it’ or ‘hold on a second’ or even, ‘cool your jets, bro’. Relax, you’re in Costa Rica, no need to rush!

‘Rojo’ literally means red, but it is often used in Costa Rica to talk about the currency (Colones). A ‘rojo’ is the red bill that represents 1,000 colones (about £1,30).

‘Una teja’ is 100 of anything, it is usually used for money as well (100 colones), but if someone is giving you directions, una teja refers to ‘100 meters,’ or one block.

This comes from the word ‘Maje’ which simply means ‘dude.’

Literally meaning ‘good grade,’ it is used to say ‘thank you’ or to refer to someone nice.

The opposite to ‘buena nota.’

It refers to something that is ‘for real’, it can also be a question. ¿Al Chile?

A work or a job. You might like to take a break if you have a lot of ‘brete.’

This slang originates from the ‘Malespín’ code which the Salvadorian army used in order to communicate during the Central American War. General Malespín proposed a code whereby the letters A were exchanged for E and vice versa. I with O, M with P, F with G, C with S, T with B.

Also Malespin, this is one of the most common ways to say ‘cool,’ or ‘great.’ Go on, crack that code….

This is a friendly way to announce yourself when you arrive at someone’s home instead of knocking: Upe! Anybody home?

It means to be angry. Hopefully you won’t be ‘chicha’ when travelling in Costa Rica, we already told you, just relax and enjoy the view!

This is the typical word for ‘home/house’.

It is used especially in a hotel to refer to a room.

Ticos use this expression (literally ‘salted’) to express ‘tough luck’ or to say ‘too bad’.

It is often used at the beginning of a sentence to say ‘um’ or ‘well’.

Don’t get offended if Ticos call you this. This word is usually used to talk about a foreigner.

If your Spanish skills are good you might enjoy this short film introducing a Gringo asking for directions to get back to his hotel in Costa Rica. The slang laden instructions are translated literally by the poor visitor who finds himself mighty confused….