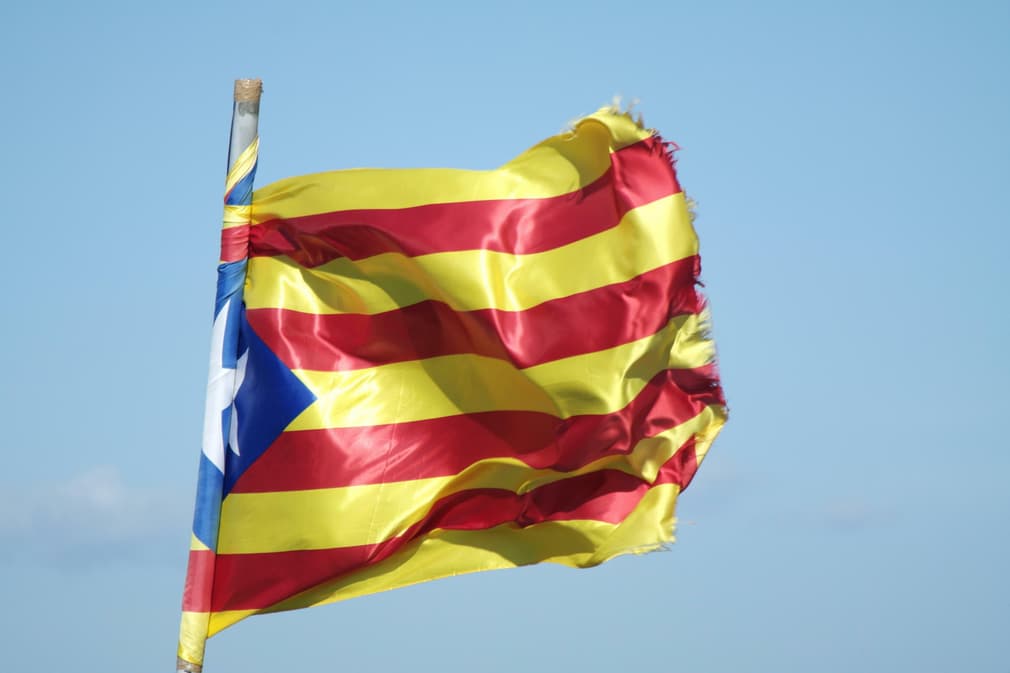 Spain is about to come apart at the seams.

Catalonia votes to remain part of Spain, or pursue independence, in under two weeks. Officially it isn't a referendum as that is banned under the Spanish constitution so instead, Catalonia is taking a 'survey'. A convincing pro-independence result seems all but certain.

Catalonia is a country with a long and proud history, there's no doubt about that. Though incorporated into Spain in the 15th century, it always managed to maintain its distinctive political, cultural and linguistic character - even when under sustained and direct attack in the Franco years.

By comparison, the past three decades have been wonder years. For the moderate majority, the fact that Catalonia has had a decent degree of self-governance, that their children are schooled in Catalan and that their economy has been powering along has meant that being part of Spain has been a positive chapter in their history.

So this is not an independence movement driven by misguided musings about past glories or by small-minded insularity. In fact, the Catalans have always been great traders and travelers, there are signs everywhere carrying the message: Catalonia, the newest country in Europe.

But something has changed to push this same moderate majority towards independence and that is, quite simply, Spain's politicians. As the cloak of economic growth has slipped, the corruption, arrogance and greed of Spain's incumbent political class has been exposed.

There are so many examples of vanity and stupidity from the past few years in Spain's history that books will be written. But let's take just one from the past couple of weeks as an illustrative point. The Spanish transport minister, Ana Pastor, proudly announced that Spain now has, in absolute terms, the world's second largest high-speed rail network in the world, behind China.

In terms of per capita kilometers Spain is 50% ahead of France, the nearest competition. However, with an average of just half a journey per year per head of population, Spain comes a very comfortable last place when it comes to using the network.

Whilst for many Spaniards, the AVE network is a source of great pride, for many Catalans it's a source of sheer frustration, and not just because nobody uses large tracts of it. It's also the fact that the part of the network with greatest economic value, the Madrid to Barcelona line, was opened only in 2012, a full 20 years after the line to Seville. Even sleepy Toledo has had 17 high speed trains a day, in each direction, since 2005.

So while Ms Pastor boasts that Galicia will have the AVE by 2018 at a cost of nearly €1.5 billion, some in Spain will swell with pride but most will bristle with anger at the continued hemorrhaging of money.

Across the whole of Spain, people are sick of it. Sick of watching empty airports being built then closed, AVE networks connecting somewhere to nowhere, and of politicians lining their own pockets while childhood malnutrition threatens the next generation.

The Catalans are lucky enough to be able to do something about it the rotten system. Being told that their vote on November 9th doesn't have legal consequence does not change anything, they will vote as an expression of defiance and as an affirmation of a human right.

As much as I love Spain and fear for a future country shorn of Catalonia, I hope the Catalans are heard, because what they are saying is actually very sensible.

And if it speeds the day when swathes of openly corrupt politicians are removed from power and placed in prison then it will have been a good thing. In its place I like to think that a new form of Spanish politics will emerge which is more worthy of its people, however many are left by then.

What do you think?

Please note: The subject matter of this article is delicate and will evoke strong opinions. The piece above is the opinion of the author, an interested observer and passionate Hispanophile but I am neither Spanish nor Catalan so claim no right to hold the truth! I do hope it provokes debate and questions though as we can certainly all agree that this is an important matter.

A view from the south of the border