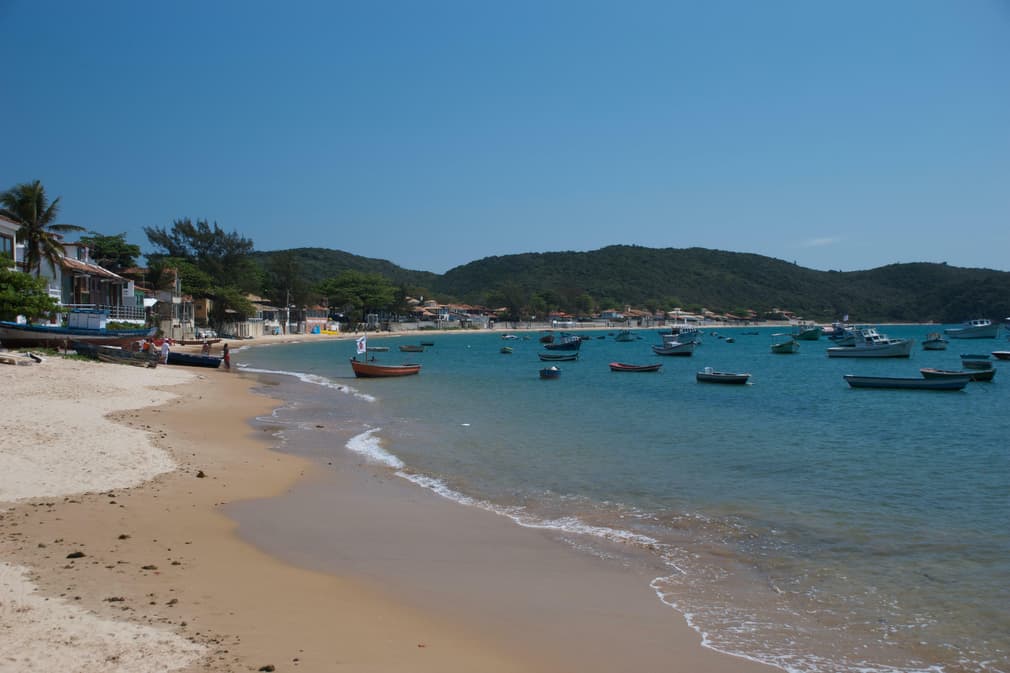 Bossa Nova began on the tropical beaches of Rio de Janeiro in the late 1950s, when a small group of mainly middle-class students, artists and musicians came together to create a new sound. It was/is a complex music, combining samba in its music and rhythms, classical music and American jazz in its harmony, and a new style of Portuguese lyrics celebrating romance, beach culture and sensual pleasure.

The term 'Bossa' was already widely used in the 1930's as a slang word in Rio. It meant to do something in a different but very original way. It was basically used to describe something in a cool or trendy way. As for 'Nova' it means 'new' in Portuguese. Therefore the translation would be 'New Trend' however it would be perhaps better translated as 'new sensibility' or 'new movement'.

It is a true musician's music, one which sounds simple but it is extremely complex. It is a different way to sing Samba, combining multiple elements to produce a sound which is much more reserved.

Surprisingly, this movement was mostly developed by teenagers, as they wanted to compose more optimistic music to describe their generation as opposed to the suffering (in the tunes and lyrics) from the previous decades (who had endured a dictatorship).

The typical instruments were the classical guitar, piano, electronic organ, acoustic bass and drums. Furthermore, the key element in Bossa Nova was something that usually goes unnoticed, and is not commonly used in music: silence. Bossa Nova brings a sophisticated mix of melody, harmony and rhythm with elaborate lyrics tied to everyday life, but it also incorporates and values pauses and silence in order to create a more relaxed way of singing.

João Gilberto, often credited as the creator of Bossa Nova once said:

Bossa can be described as a peaceful music: it can be sad it can be happy, it can be a happy sadness (either nostalgic or open to the future). In any case it will never be tragic, but rather light - even sadness can be light, gentle. Vinicius de Moraes captures that perfectly in Insensatez (How Insensitive) where it captures a sweet sadness:

Bossa Nova as we know it today officially started in 1958 when João Gilberto, Vinícius de Moraes and Antonio Carlos Jobim (who collaborated with Frank Sinatra) met together to encapsulate the heart and soul of Bossa Nova on the vinyl Canção do Amor Demais (Song of Too Much Love). This vinyl included the well-known songs Chega de Saudade and Outra Vez, where João Gilberto plays the acoustic guitar and introduces the new beat.

Tom Jobim and Vinicius de Moraes actually met two years earlier, but their songs were not innovative enough, and nobody got particularly excited over their sound. But when João Gilberto, a young singer and guitarist, came out of nowhere to give these songs a new vocal interpretation and a new beat, Bossa Nova became highly addictive, refreshing and modern.

Most Bossa Nova artists were from the middle class, who had the possibility to study music. That's one of the main reasons why this new genre was so sophisticated and harmonic. Most importantly perhaps, the strength of Bossa Nova to become tremendously successful was the fact that the music was based on meetings and collaboration between composers and singers. People used to met in apartments or houses to listen to each other's music and exchange ideas in order to create something really new.

Bossa focuses on the lyrics, the way in which they are narrated to the listeners and, most significantly, how the accompaniment and harmony of the song are directly connected to the singing, as opposed to having weak harmonies and powerful voices. It extensively uses the so called dissonant chords, as an example of which (and rather ironically as a protest against its critics), Tom Jobim composed the tune called 'Desafinado' (Out of Tune):

Bossa Nova also changed the concept of live music forever in Brazil. Before Bossa, only rich gentlemen could enjoy live music in a few small, formal, dark and windowless night clubs. Bossa opened the window to let the sun and light enter.

Jobim created some of the most famous and enduring Bossa Nova standards, such as Garota de Ipanema (The Girl From Ipanema) known as the world's second most played song in history behind the Beatles' Yesterday! The worldwide hit was translated several times over and even win the Grammy for Record of the Year. To this day it's still one of the most recognizable songs of that time and is still being covered by musicians from all genres:

Bossa Nova wouldn't have emerged as strongly as it did if there wasn't a full democracy and a feeling of hope. An expectation of a future that would soon arrive, under President Kubitschek.

When a second coup happened in Brazil, in 1964, it began as a kind of soft dictatorship with light repression that still allowed the creation and production of music. Bossa blended with new forms and styles: piano trios, vocal groups and full orchestras.

However the dictatorship later moved to open repression and heavy censorship that became a serious issue for artists in Brazil from all genres. Some fled the nation and the ones that stayed were drawn to write music fuelled by the economic and social strife brought on by the drastic change in political ideology.

Bossa Nova's dreamy themes of idyllic beaches and beautiful people would soon be viewed as being out-of-step with the reality of the country. A different kind of musical language was needed. And Música Populara Brasileira (a.k.a. MPB) soon replaced Bossa Nova as the music of the masses. Its politically fuelled lyricism and rebellious sound was more in tune with the feeling amongst the disenfranchised of the time.

Although, even if Bossa went into retreat, it never really become completely extinct. In fact, the style left a great legacy of fans and followers and especially admirers of the distinctive style. Even today, Bossa has influenced other generations of artists from British punk bands to Jamiroquai, The Black Eyed Peas and DJ's that use its influences today to create the new 'Bossa Electrica' style.

Corcovado (Quiet Nights of Quiet Stars) - written by Tom Jobim. This version is sung by Frank Sinatra. Refers to the Corcovado mountain in Rio de Janeiro.

Águas de Março (Waters of March) - composed by Tom Jobim. It was nominated in 2001 by a famous Brazilian newspaper after a poll of around 200 journalists, the best Brazilian song.

Mais Que Nada (Come On) - written and performed by Jorge Ben in 1963. The title means 'no way' or 'come on!'. This song got very famous recently after Sérgio Mendes made a version together with the Black Eyed Peas.

Our Brazil holidays   Get in touch

Our Ultimate Brazil Holiday: A Month of Wonders