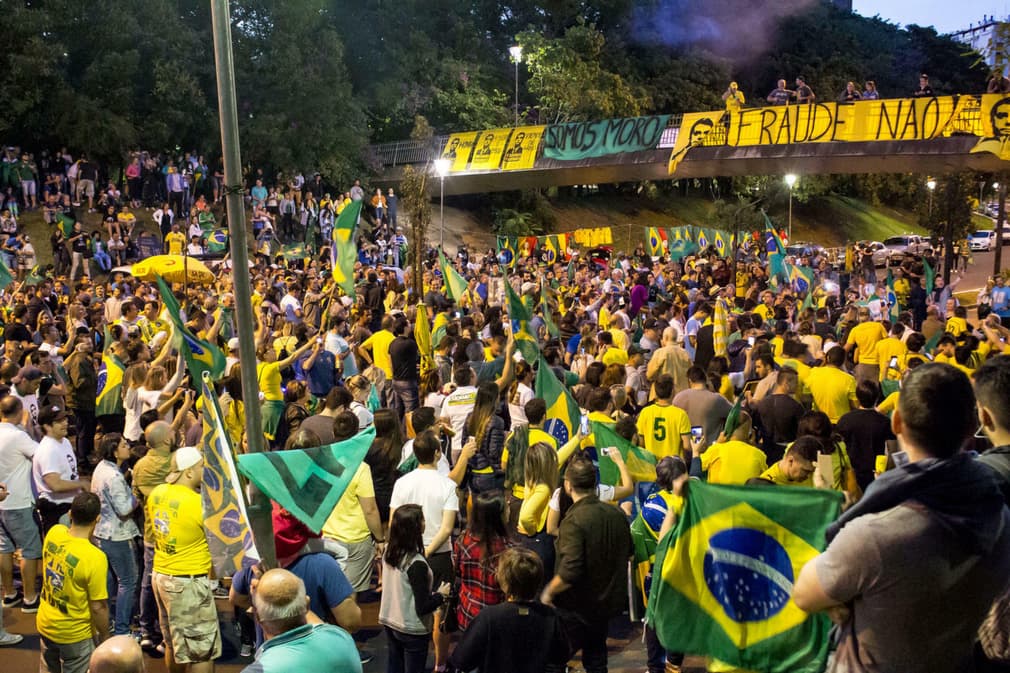 I was recently asked to comment on this past weekend’s presidential election in Brazil. I found myself penning something suitably anodyne and diplomatic. It then struck me that Luisina, my Argentinian colleague, lived for a long time in Brazil and that she would have a more interesting, personal, perspective. When she passed her thoughts on to Laurent to publish online, he came back with his own thoughts, from a Mexican perspective.

The former head of the UNHCR’s comment on the Today programme this past Tuesday about how easy it is for bad politicians to get elected by whipping up fear and distrust resonated.

In any case, I found both Luisina and Laurent’s points of view interesting, and moving so wanted to share them here more or less in the form they were prepared.

I’ve put some thoughts down here but I want to ask Luisina what she thinks too, after all, she knows Brazil well.

Brazil is a country of incredible diversity and vibrancy of culture. It’s also a country which has been blighted by political oppression and, more recently, by pervasive culture of corruption amongst its leaders. In short, it is a country which has been repeatedly failed by the people elected to look after it. We hope that, in becoming president, Bolsonaro finds a way to get Brazil back on track politically and economically whilst celebrating the diversity and vibrancy of Brazil. In our opinion, it would be a hugely unwelcome return to the Latin America of the 1980s if divisive rhetoric is allowed free rein.

I am not very familiar with the whole political situation in Brazil. Apart from carefully ignoring posts on Facebook from Brazilian friends, and hearing the news this morning on the radio on the way to work.

I am always very careful to keep my political opinions quiet, mostly because I don’t keep myself as informed as I would like to be before being able to create an opinion which is as close to reality as possible. The news and the thought about the struggles that people go through, is simply painful.

Regarding Argentina, I asked my mum long ago to stop ‘updating’ me about the hard and corrupted reality they live with. So, I just don’t know what goes on, beyond the recurrent words “we have survived many crises, so we just need to wait and things will get better”.

From a superficial viewpoint, I get the feeling that people in South America don’t know what to believe/trust/hope/ or dream about anymore. In the 2000’s, Argentina and Brazil, together with Bolivia and Venezuela voted for a different model. It seemed that we were tired of the ‘Liberal’ model, and we were all hoping for leaders that would put our interests above the multinational companies and foreign interests. I experienced myself the crisis of 2003 when I was 18. I had savings to buy a ticket to Italy for an internship, overnight I lost 70% of that when the 1 peso = 1 dollar dream evaporated forever from Argentina. If I need to describe the feeling at the time, I’d just say sadness, delusion…

After that, when the Kirchner popular government won, we were all over the moon. This was a man that brought hopes and results to the lower classes, and one could see the relief in the everyday situations. New schools, new roads, new hospitals being built. Privatized companies being bought back by the state. We got Aerolineas Argentinas back! How proud we were… Not even to mention when Cristina, his wife got elected. I couldn’t vote, but I would have voted for her. There we got the female pride, and how the first democratically elected woman got to power and was going to save us all. Sorry, we tend to mix religion with politics quite often.

Not long after that we all realized that there are no angels in politics, and started regretting a government that quickly became super corrupted.

I feel that Brazil went down a similar path to Argentina. Popular governments that couldn’t deliver, and got corrupted. After all these years, I think the general feeling got to delusion and frustration. And all over again, we tilt the scale to the opposite direction. What the left failed to achieve, the right will definitely get right! Right?

I am sorry to hear that a man accused of being misogynist, xenophobic/racist and supporter of dictatorships has got to the presidency of Brazil. I hope that my opinion is wrong, and that I got the few words and ideas about him from the wrong source…

Apart from all the above, I have no words.

PS: Please Laurent, I am aware that half population of my country think differently. And I don’t feel entitled to give my opinion about Brazil, it sounds almost disrespectful, but there you go. Use what you can from a very biased point of view.

Yes, I totally understand your point, moreover it’s quite hard to have an opinion to commenting politics in a country you don’t live in. I’ve been following the Bolsonaro case only recently but of what I understand, people chose him mainly in response to corruption and violence.

Last July, Mexico elected Lopez Obrador mostly for the same reasons (though Lopez Obrador is from the left-wing – not far right). Having been born and lived about half of my life in a very violent and corrupt country, I can understand how easy it is for people to choose to vote for someone who says that will fight those two – whatever his political party is.

Yesterday, I watched a short documentary taking place in Vidigal , one of Rio’s infamous favelas, and when the journalist asks one resident if he agrees with Bolsonaro when he says that ‘police have to shoot to kill’ or when he defends torture, he replies that he doesn’t agree with Bolsonaro. But when the journalist asks “are you scared?”, he replies: “a little bit, but what scares me much more is my everyday life, not his statements.”

So my personal view is that it is very easy to criticize Brazil’s choice when we live in a peaceful country where our only concern is not getting late at work in the morning because of the awful train service. How comfy it is to say Brazilians are crazy or stupid from our comfy seats when we don’t live in such situation of ‘terror’.

I guess the positive point is that with 45% of the votes, the opposition will be strong enough to defend civic freedoms and fight against Bolsonaro’s maddest decisions.